This is a quick guide for the recurring event – Plague star. The guide includes how to do the bounty as well as the meta frames and builds to complete the event efficiently.

This is a guide to get the maximum possible standing per run. Not doing some things will make mission run easier, but will net you less standing. A successful run will net you 3k “operational supply” standing, enough to get any item from the event store at least once.

Things You Will Need

Infested catalyst: This is a blueprint that can be purchased for credits from our clan bio lab.

Eidolon Phylaxis: You cannot purchase this without reaching rank 1 with the event syndicate so you need to run without using this for the first couple of runs. As soon as you reach rank 1 use the standing to get this blueprint.

You need to equip both of these in your gear wheel.

Stage 2: This is the most important stage. You need to put the toxin mixture into the designated console. If you are in a squad of 4 each one of you has to open their gear wheel and put 1 of Infested catalyst and 1 of Eidolon Phylaxis for a total of 4 each. Doing this will net you the maximum standing but with increased difficulty in stage 4.

Some people might not have the potions, so make premade squads to avoid that and also be prepared to use yours if they don’t put in theirs as last ditch save. Other than that just protect the console.

Stage 3: This is just escort drone from point A to point B. Take the mixture from the console, put it in the drone and escort it to the big boil marked on the map.

Stage 4: At this stage you will be fighting hordes of infested. Each infested killed will tick up the percentage. If you have put 4xEidolon Phylaxis, a hemocyte will appear at each 25% interval and you have to kill it before you can progress. If you mixed 4xInfested Catalyst, the hemocyte can be upto level 85. So only mix the catalyst if your team can take care of it in a reasonable amount of time(which is easy if you follow my tips/builds further down).

Hemocyte is just reskinned stage 2 Lephantis(mostly), so the broad strategy is to shoot the pink bits when each head opens its mouth. Have an order in which all of you shoot. The general order is Corpus head, Infested head and then grineer head.

Snipetron: Garbage weapon, but it is event only weapon so get it and use as MR fodder.

Ether daggers: Very bad. You get this weapon as reward after you complete stolen dreams. In case you sold it without leveling it, buy this here. Otherwise skip.

Plague zaw parts: Plague zaws are so so so good. One of the main reasons you should run this event. Try to get multiple copies of each part. Focus on kripath and bokwin more than others if you have to.

10x of each exodia arcanes: The arcanes are in my opinion okayish. But this is the only way you can get them so might as well get them.

Fish, gems and wisps: Unless you really really hate mining, skip these. Unlike mining, fishing is consistent and very easy. Up to you but I would strongly advise against wasting standing on fish parts. Contrary to popular belief farming wisps is very very easy. Never buy wisps from here.

The most important loadout mod is “Corrosive Projection”. This will make your life so so much easier than running without it for this event. Even if your team has some shortcomings, you can still breeze through it if you have 4xCorrosive Projection and a good weapon. Ensure that all your squad mates have CP equipped unless someone has a very good rivened weapon.

Archwing: Consider having archwing launchers and use them liberally. Distance between each stage of the event is normally 600-1000m. Traversing that distance on PoE without archwing is very time consuming. You will need about 3-4 archwings per run. Itzal is the best because he is the fastest.

Squad: You will need a variety of frames to run this event efficiently. Some good frames for this event are: Nova, Rhino, Loki, Titania, Oberon, Harrow, Trinity.

Nova: You want to build as slowa with some duration and range. Nova’s job:

Rhino: You want a buff rhino with as much strength as possible with decent range and duration. Your job is to buff.

Loki: Pretty much here for his teleport ability.

Oberon: For the healing and protection against toxin procs.

Titania: Her job is movement and dps.

Her Dex pixia build will be more or less the same as the build in weapons section. Just replace rifle mods with pistol mods.

Harrow: Does what he always does. Support his allies and hard CC.

Trinity: I would not recommend her as oberon is better for this event and can fulfill multiple roles.

Squad composition: If it is not clear, you can’t just mix and match all these frames however you like. Some of these frames do more or less the same job. My regular team composition would be: Nova, Rhino, Oberon, Loki. Each frame in this squad has very specific role.

If I have a good nova who can teleport lure without loki, then my squad will be: nova, rhino, oberon(trinity), titania. But that is too much minmaxxing, as long as there are 4X corrosive projection, any decently modded weapon can kill Lephantis in very reasonable time.

This is the most important part of this run. Hemocyte has damage cap, so there is no use running hard hitting snipers. You ideally want fast firing critical heavy weapons. Status chance does not matter so leave it out of this.

Take crit viable weapons and build for both crit and corrosive and if possible blast. 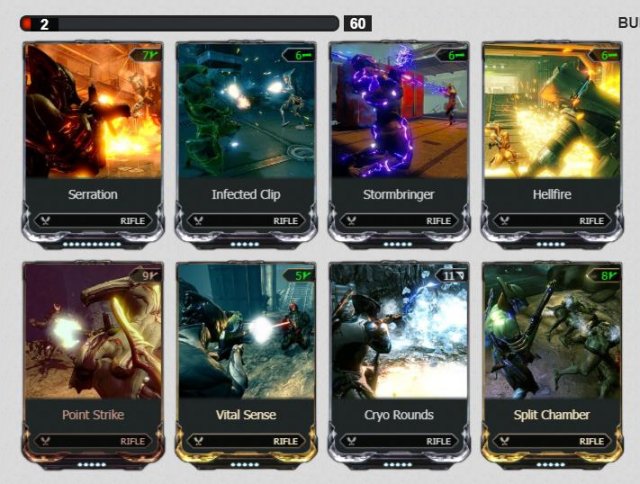 If for whatever reason your squad does not have 4XCorrosive Projection you can use Sarpa with shattering impact to remove the Hemocyte’s armor. You can shoot it as it emerges from the big cyst so you won’t lose any time that way.

These were the strategies used the last time, the event has just started so some things might change.

An alternate way to getting rivens you want without buying or trying to get luck from RNGesus. Other Warframe Guides: Ways to Earn Platinum. Optimized Volt Builds (Advanced Guide). The […]

Warframe – An Easy Guide for Maxing Out PoE Standing

More Warframe Guides: Ways to Earn Platinum. All Warframe Parts and Where to Get Them. Quickest Way to Gain Mastery Rank and Get Lots of Loot. Easiest Way to Kill […]