This is a list with some of the most dominant builds that are currently in the game. Only because a build is not on this list doesn’t mean that it’s bad by any means.

This is the build that I played with in 2k19 and I was surprised to find out that it’s still close to being as good as it was last year because many saw it as one of the best builds in the game. It’s a very all-around build and has the potential to be better than a Sharpshooting Playmaker if you use it right. The only problem I have with this build is the low catch and shoot ability but it makes up for it by being pretty good at finishing and shooting moving shots. This can also be run on the SG position if you want a little bit more offense but PG is better for playmaking. At the end of the day, this comes down to personal preference. 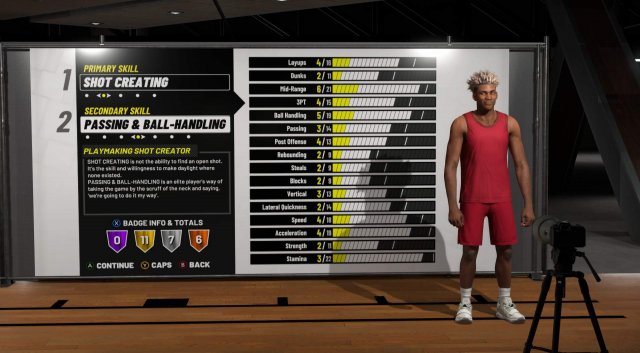 I like this build for a couple of reasons. You can speed boost and get contact dunks and can still shoot with ratings in the mid to high 70s. Again you have to decide whether you want to go with PG or SG: PG gives you silver Dimer while SG gives you silver shooting badges. I would not recommend running this build in Pro-Am but it’s, in my opinion, the ideal build to play park or the cages with. This build definitely has the advantage that it can finish very well close to the rim, a skill that the other two guard builds don’t really have.

The wingspan is really important on this one because if you go higher than 82.0” you lose the Tier-3 dribbling as your ball control rating goes below 86. If you decide to use SG as the position for this build you have to see what the wingspan is for that because I don’t know the exact value for that. 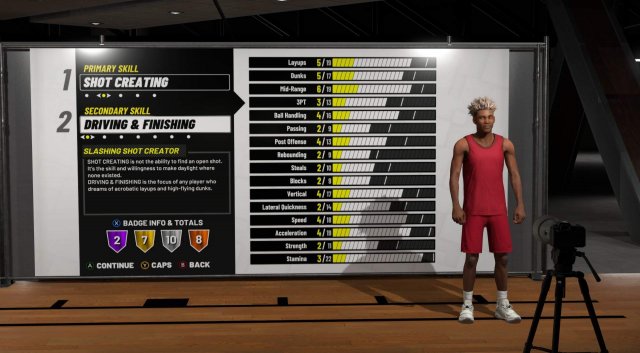 This build is a pass-first shooting guard that can still shoot at an effective rate. I would recommend running threes on park or Pro-Am with a 4 or 5 out offense as a point guard. Because this build is a primary Playmaker you are pretty quick with the ball and are capable of beating your man off the dribble for a quick layup or a stepback three. This is the first build I made and I can confirm that it’s very effective even if you don’t have it at a 90 overall or higher since it has Tier-3 dribbling at 85 overall already (86 Ballhandling). 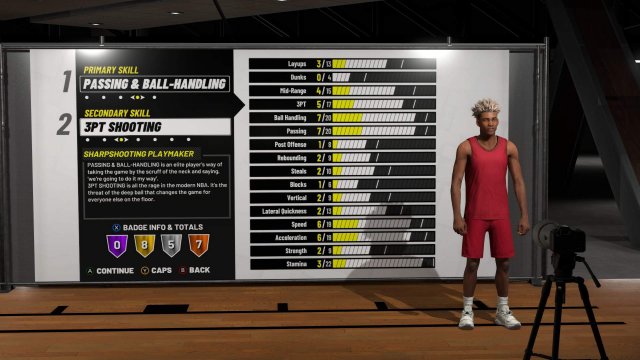 As in the past 2k’s the stretch big is a good build but this year you can’t really go with a Stretch Five because it gets too much of a shooting penalty. This is the reason why you should go with a PF. You’re a one-dimensional player but your great at what you’re doing: shooting 3’s. You can definitely be useful in the park as well as Pro-Am with the right teammates as spacing is always very valuable. You can be a liability on defense with post scoring power forwards but this build makes up for it on the offensive side. The pick and pop is strong and once the takeover is activated this build simply doesn’t miss. 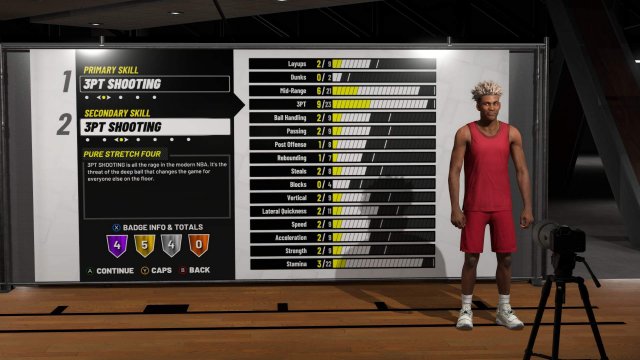 Since Post Scorers have been buffed a lot this year this build might not stay as dominant throughout the year because 2k might nerf it. This build can be used for the park as well as Pro-Am and is very diverse with decent spacing, strong post moves and overpowered post fades. This build also has Dimer on silver which helps on kick-out passes to an open teammate when you get double teamed or are forced to pick the ball up. The only problem I see with this build is the speed: It’s a bit too slow to be effective on defense and can’t run transition offense. 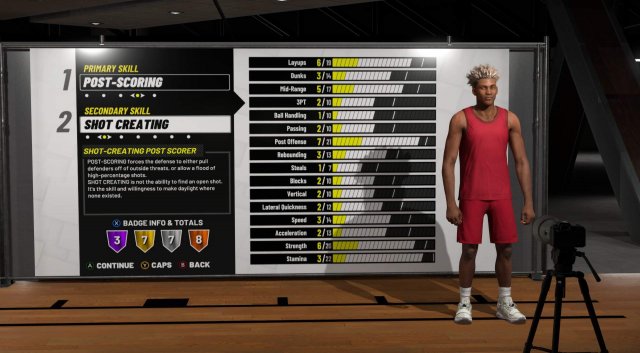 This is definitely not a build for everyone but is really effective when running twos and for Pro-Am. Your post defense is really strong as well because you have that 99 strength and Rim Protector on silver. Because of your slower lateral quickness and speed, it can be a problem playing against pure post scorers because in that situation you might end up with a bad animation on the post spins or step backs. In the offense, it can be hard to create for yourself but you’re deadly as a screener and you can get some easy buckets on the roll or second chance points if the guy who got the screen misses a layup or shot. 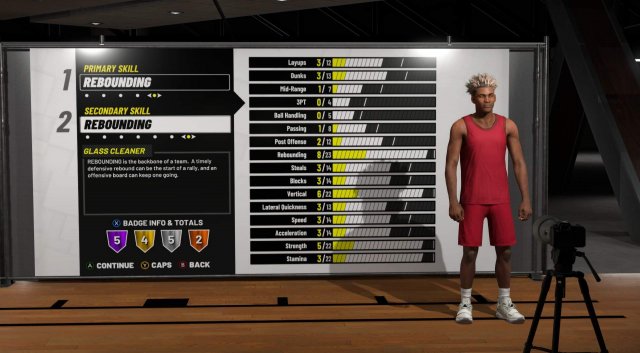 What can I even say about this build other than that it is an absolute horse on defense? You will grab a ton of rebounds, play very good defense against the opposing team’s big man and basically do all the dirty work for your team. I would say that this is basically a pure Pro-Am build because you are way too much of a liability on offense for the park. Also, you have to have a team full of guys that can space the floor out because you can’t as you don’t have any shooting at all and can only score on open cuts or simple mismatches in the post against smaller defenders. 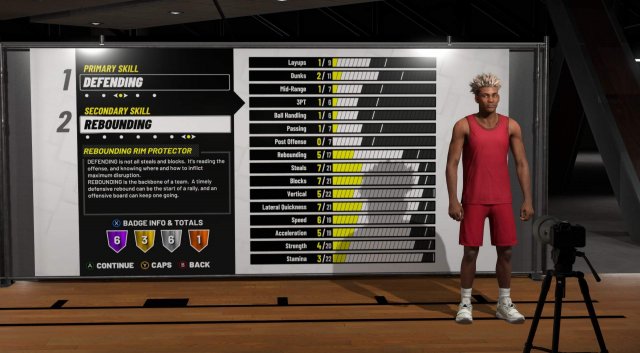 NBA 2K celebrates 20 years of redefining what sports gaming can be. NBA 2K19 continues to push limits as it brings gaming one step closer to real-life basketball excitement and […]