A guide for finding all eight chicken secrets in the demo for Bulletrage.

By the first checkpoint, hug the east fence until you round a corner before you pass through the arches. 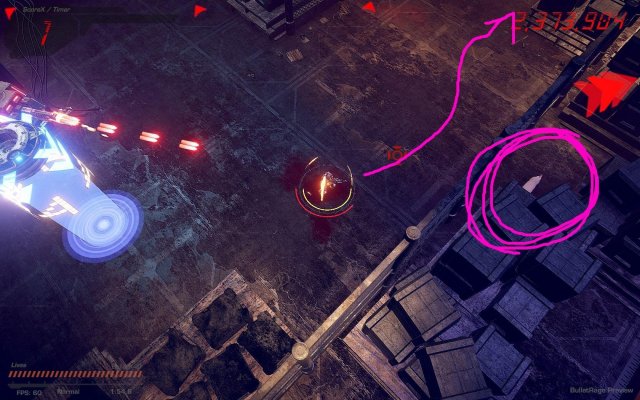 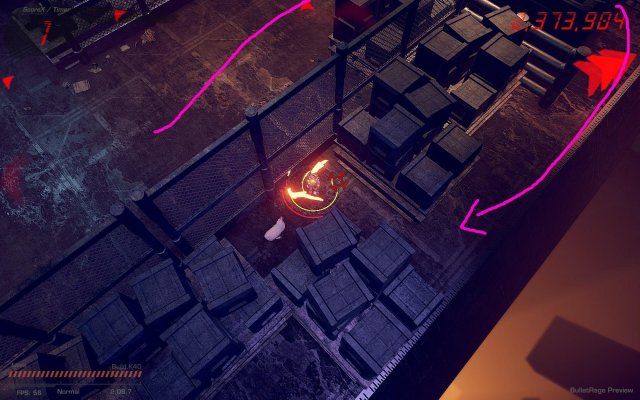 As you continue down the path, after you pass under the two arches of lights into an open area with a turret and powerup pad to the west, check by the pad behind some machinery. In that same area, hug the small fence to the east, behind a bunch of pallets. 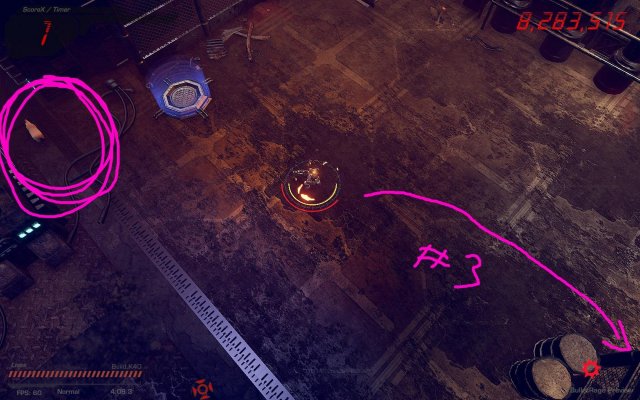 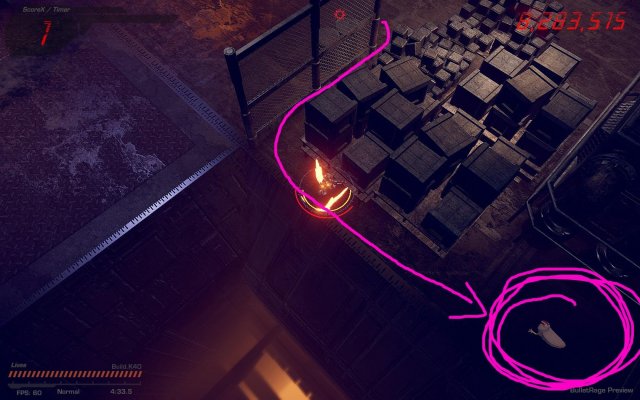 In the big room with the double arches where you first meet the big four-legged walkers, check to the far east. Past the furnace is a row of pallets to walk around to get to the next chicken. 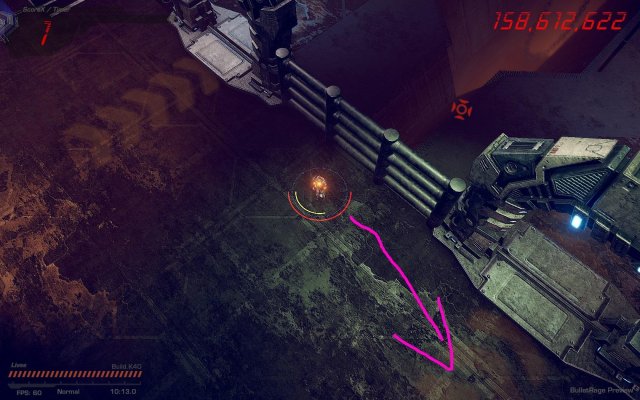 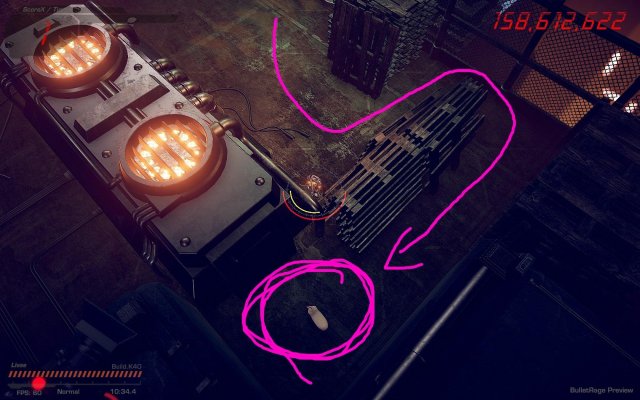 At the end of the first flame section of the level, just before you pass through the arrow gates, look west behind a little alcove. You can see it coming up from the checkpoint before it. 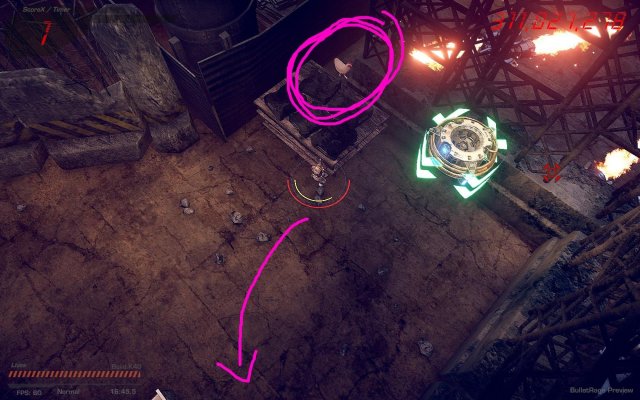 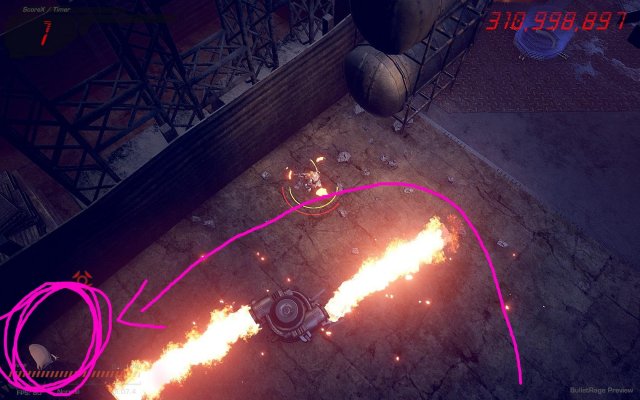 At the end of the second flame section of the level, before you pass through the big portal gate, check the easternmost wall. It’ll be in a corner to the south. 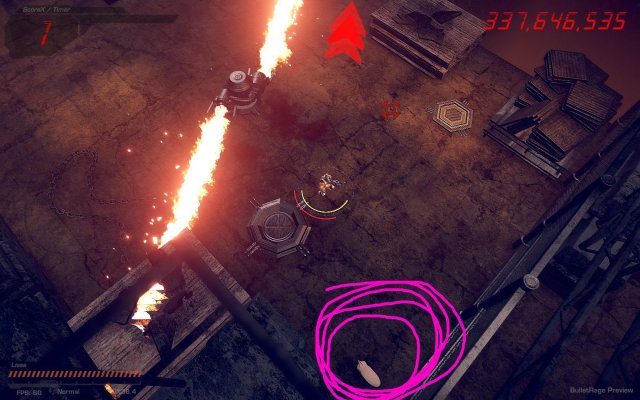 Immediately after passing through that gate, look behind the pile of trash to your left. 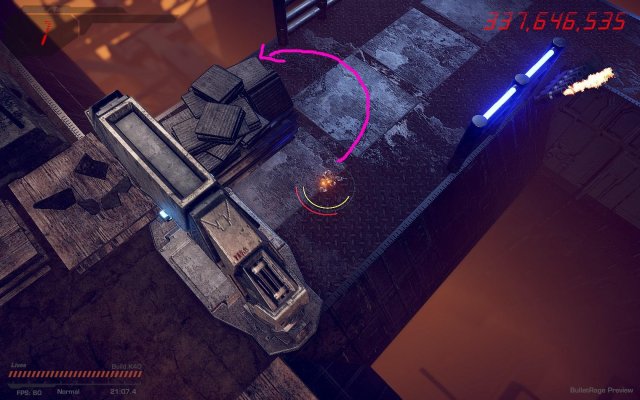 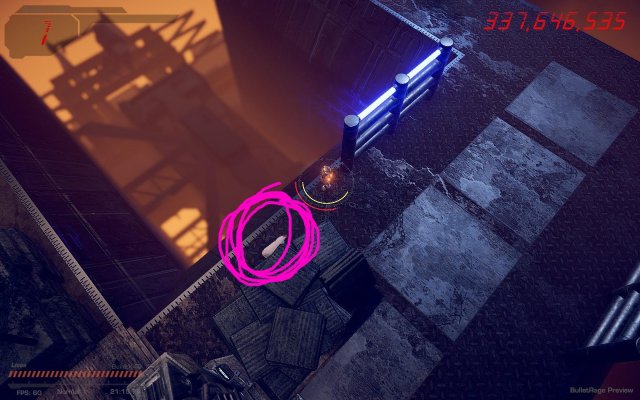 Just before the arrow pads that take you to the final boss, go to the west at the fork. On the north side of a shipping container is the final chicken. 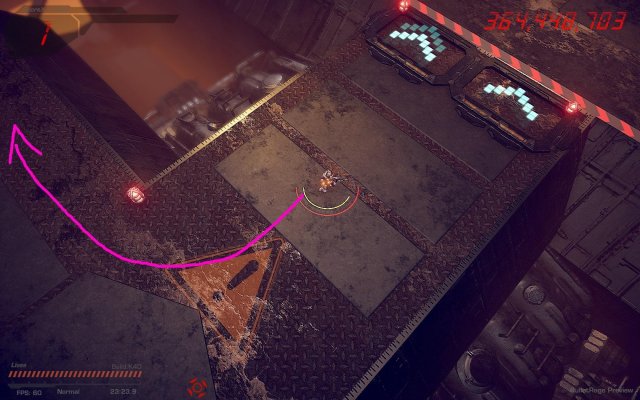 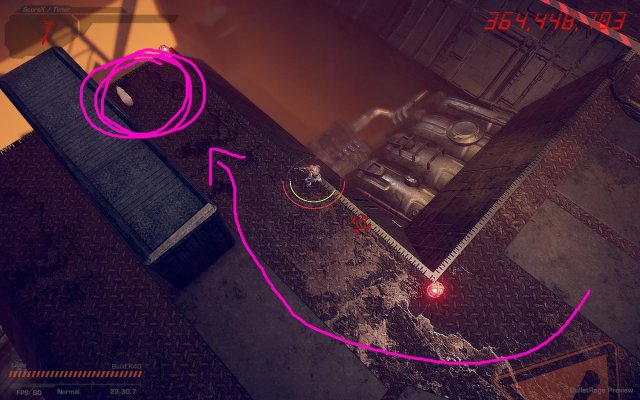