A short guide that attempts to address new players fears about leaving the city and entering the open world. The guide focuses on finding your way after leaving the capital city of Tindrem. However much of the same info could help when starting out at other cities as well.

It is very possible for a player to find everything they want from the game inside the walls of Tindrem. And I personally have no issues with that. The fact that Tindrem has a higher population than other places shows to me that SV has done something right here.

One would expect the capital city to be a highly populated place. A population that would lead to both good trade and high crime. Which is exactly what we have currently in Tindrem. 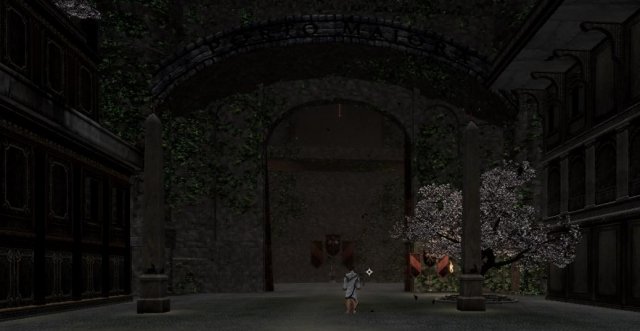 However many will not take to city living and want to find what else the world may have to offer. This guide will hopefully help such players make their first steps away from the city.

Risk of Being Killed vs Risk of Loss

Many people think that just taking a step out the gates of Tindrem will lead to them being swarmed by reds who are hanging just outside the gates waiting for them. Sure that is very possible and can often be the case. But just as often (if not more) players will find no trouble there.

Its often said here that players should never carry more than they can afford to lose. It is very solid advice in this full loot game where you can be killed almost anywhere. And even more so when you are leaving a guarded city for the first time.

At the end of the day the risk of being killed is certain in Mortal Online. It is a part of the game that players will have to come to grips with at some point. The best a player can do is try to limit the losses when death does come.

The Journey of a Thousand Miles

“The journey of a thousand miles begins with one step.” – Lao Tzu

Just leave everything in the bank and walk out the gates. Its really that simple when you have nothing to lose.

You could very well be unlucky and get attacked at the gates. But if you have nothing then what does it really matter? Go back in town and resurrect. Give it some time to cool down out there and try again.

If on the other hand you find yourself not getting attacked, then roam around a bit and get familiar with the surrounding area. Look for landmarks that you can use to remember how to return to a location or to get back to where you started.

Follow roads,rivers and coastlines so you know you can just head back the other way to return from where you came.

Once you are familiar with a river road or coast line then you can explore away from it knowing that you can always try to return to them to find your way again.

Every time you find a new landmark, lake, river, town ect.. You have a new point of reference to start from. From there it can grow and grow until you can eventually find your way all around the world.

A Quick Trip to Fabernum

To get things started I will share a little information on a couple cities near Tindrem.

First is the city of Fabernum:

To head to this city leave the gates of Tindrem and follow the road to the east:

At some point you will come to an intersection that looks like this:

* Take caution here as there are some ranger bandits just to the south a bit.

Follow the path that heads north and you will eventually arrive at the cities gates.

A Longer Trek to Meduli

To head to the coastal city of Meduli we take the road outside Tindrem to the west:

Once you get to the coast you can just follow it all the way:

Until you finally reach the coastal city of Meduli:

The thought of a world where anyone is free to kill you and take all of your stuff may sound pretty scary at first. But in the end you as a player are in control of what you put up for risk of losing.

Early in game a player may have very little they are willing to risk since they have so little. But things will change over time as more things become accessible to the player. At that point there will be more that a player will be willing to lose.

Mortal Online – Getting Started With Extraction and Refining