So, you think you’re strong?
You think you’re ready?
You think you don’t need anyone to tell you how to play?
Well, you’ve come to the right place! Since you clicked on the guide, you probably know what you want. To kill the seargeant and get that sweet victory roy-.. I mean, his hat. So let’s begin!

Tips & Tricks to Beating the Seargeant

Honestly, the fight isn’t hard. It’s unfair. And the reward isn’t even cool! But you obviously want to show it off, and I understand that. The basic premise of beating him is fast reflexes. His grabs are extremely painful so you have to cancel them by either punching in the right exact moment (Which is quite hard) or simply avoiding it.

The way I beat him was do the entire combo of punching as many times as I could, the finishing blow aka the uppercut is very useful as it kicks the enemy back no matter what they’re doing, and you can use this to continuesly keep punching him.

The most important thing you have to remember is: Don’t get hit over doing more damage, because he can easily outpunch(?) you because of his immense amount of health and damage, so avoiding getting hit is key.

I don’t recommend grabbing unless you’re sure he isn’t ready, for example if you just knocked him down by an unblocked uppercut, if you try to grab him while you’re having a punchout, he’ll cancel it by punching you, he’s an AI after all. 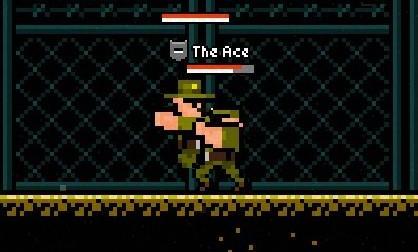 If you run out of energy, surprisingly, it’s all good! There is no way he will catch up when you’re walking away. Once you’re full, start fighting back!

I’m not a melee king myself, I don’t do complex comboes, but doing simple ones definitely worked. Don’t do any kicks and don’t try to do a jump-punch while going up, he’ll block it and you’ll be left vulnerable. But the jump-punch on the way down will certainly work.

After all, he’s one OP beast, all you can do, is keep it simple and outsmart him with smart blocks and quick reflexes. Be careful not to get knocked too far into the right! If you do, you will progress the tutorial and won’t be able to continue the fight!

Oh yeah, and also, don’t try to get an assault rifle off of those 2 guards, they won’t fight back but the gun will vanish upon dropped. Trust me, I tried. 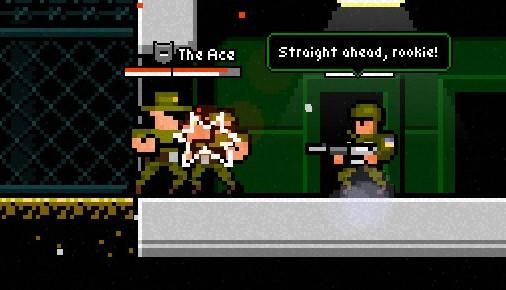