You can farm Dominating medals relatively easily and consistently with vigilance. 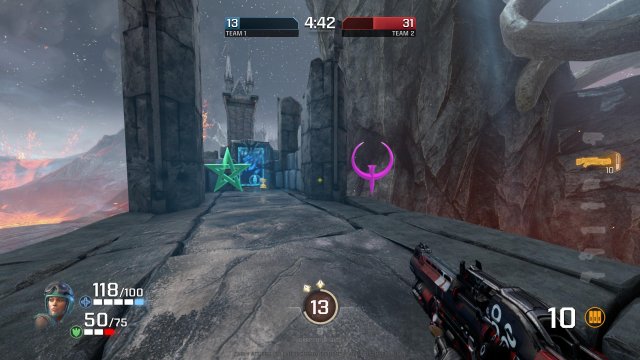 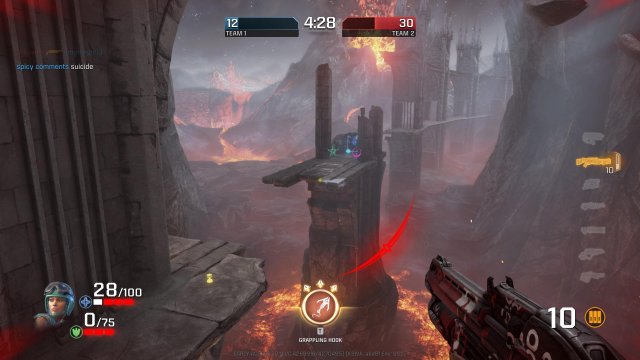 The guide is only deemed viable until the developers make any changes to the game, which can potentially make the trick significantly difficult, or impossible to execute in the future. Keep in mind that games in the state of being Early Access are more likely and frequently to be tweaked.

Potential scenarios that the developers can do to make the guide ineffective:

Prior to the Dec. 20, 2018 update, there were quite many viable maps and various locations where you can conveniently pull off this trick. However, after the update, physics for CTF flag has been applied to dropped powerups and weapons. When you die, they will bounce away from the position where you were. Therefore, it is now impossible to posit and drop powerups on a specific place with exactitude, leaving only one location within Burial Chamber map a viable place to work on the medal.

Super short guide explaining time needed to unlock Champions in QuakeChamps without paying for them. ContentsResultFavorPlatinumCalculations Result 1 month to buy 1 Champ with Favor. 2 months to buy 1 […]

What are Lore Scrolls? Lore Scrolls are items that you can pick up in-game whilst on Public Matches. Once collected you can head to the Lore Codex menu to learn […]