Playable Tribes in Jon Shafer’s At the Gates.

To unlock a new Faction you must either from an Alliance with its leader or conquer its capital while paying as a different Faction. 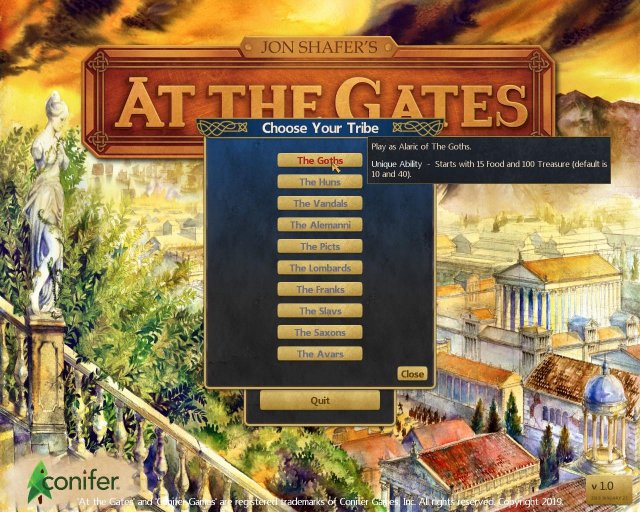