Do you starve to death the moment you reach sub adult? Do angry dilos constantly kill you as a juvie? Don’t worry! Rumi has switched to the carnivore side (for now). Growing a survival apex is even harder now due to hunger drain being increased. Here’s how to grow a Rex or Giga without automatically starving!

Other The Isle Guides:

For those of you who didn’t read the latest patch notes, juvenile and sub adult Rex & Giga’s hunger now drains faster, making growing much harder. Juvie apexes tend to be targeted by bigger dinosaurs as well. Think of it as a way to eliminate the “Future Threat”. Along with the 6-7 hours to takes to grow, being an apex isn’t easy.

Imagine you just spawned in as a juvenile rex and not sure where to go. To begin with, I suggest finding water first. Isle V3 is a better choice for apexes rather than Thenyaw Island.

Here are the water sources on V3. Large water sources like Titan Lake or Twin Lakes should be avoided until you reach sub adult. Secluded water pools are recommended, as it’s common for other juvies to pass through (Most of the time they’re friendly!). 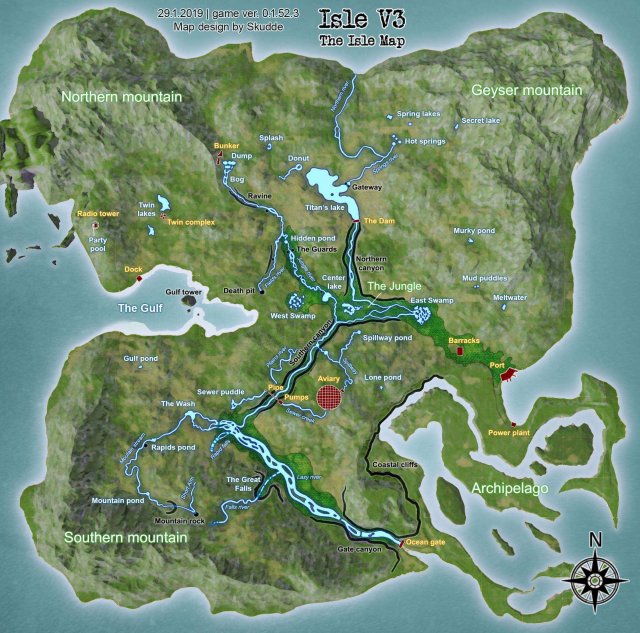 Like I mentioned before, hunger will drain faster than it did before the update. Listen out for AI sounds and remember this: The lower your hunger goes, the more AI that spawns. Playing with a friend increases AI spawn and increases chances of survival too.

Every AI creature you kill increases your chances of reaching sub adult! Eat when you can!

Once you’ve gotten your food and water stats to 100%, sit in a bush or under a tree for the night and turn nightvision on (N). On most servers, nighttime lasts 30 minutes. This means you may need to hunt once or twice then sit back in your bush. Get a sip of water if needed!

Once you turn nightvision off and the sun is coming up, congrats! You just survived your first night!

Shame that natural selection took out the other juvie apexes on your server….

Congrats! You’re probably one of the only juvenile apexes on your server to make it this far. The others probably starved or got killed by an angry trike. Anyway, you’re no longer a free meal for mid-tier carnivores. You can fight back now (but not too much).

Other things to remember:

Hurray! After 6-7 grueling hours of grinding (unless you split up the time across 2-3 days like I do), you have finally reached your final form! You beat the competition and rose to the top!

Seriously, I’ve seen a galli run up and kick a rex. Those chicken f**ks are fearless.

Anyway, you worked hard for this Giga/Rex. If you want to keep it for a long time (server wipes permitting), avoid fights with other apexes if possible or perhaps find a group of your species. 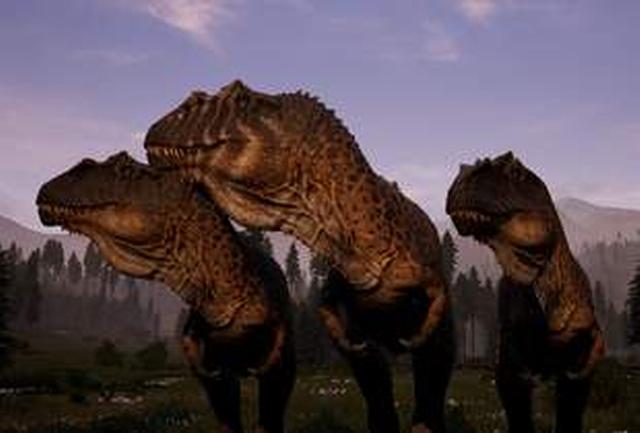 Thing to remember: Utah packs and Galli herds, which are usually pretty big, like to harass sub adult/adult apexes for fun. If this happens, try your best to ignore them or kill one or two of their members for food to scare the rest. Both dinos are cocky af and will bite off more than they can chew.

Alright everybody, that’s all for now. Expect an apex herbivore guide next (Triceratops, obviously). If you think you’re brave enough to attempt to grow an apex, then go for it. Have fun constantly having to eat….man….no wonder rexes are so fat 🙂

This guide attempts to bring you the most up-to-date survival walkthrough for Parasaurolophus. Stat Rundown Parasaurolophus is a fairly safe choice of dinosaur for a player who wishes to avoid […]

Nesting is tough, when you are out of a safezone. Where should you nest? Where is hidden? Are you protected? Do you have a pack? ContentsGuide to NestingBasicsHerbivores NestingCarnivores Nesting […]