A guide to an efficient and easy experience/skill point/sen farming route.

For the farming route, you will need a few things:

If you’re aiming for the “Height of Technique” achievement, I recommend you do this on at least new game +, as the experience rate is significantly higher then, and the process is very long and grindy regardless.

First, the reason why I find this route to be most effective is due to the fact you never have to really fight any enemies at all. You just need to sneak behind them and lead a deathblow, and they’re all aligned perfectly for that.

In total, you will get 10 kills, worth between 1k – 2k (depending on new game+ cycle) each, minus two of the mobs which will be worth twice that (Ministry enemy with a canon, and Ministy dual wielder hiding behind a corner)

First, you want to start at the Ashina Outskirts – Wall idol. As soon as you spawn in, turn to your left, and hook up the tower in front: 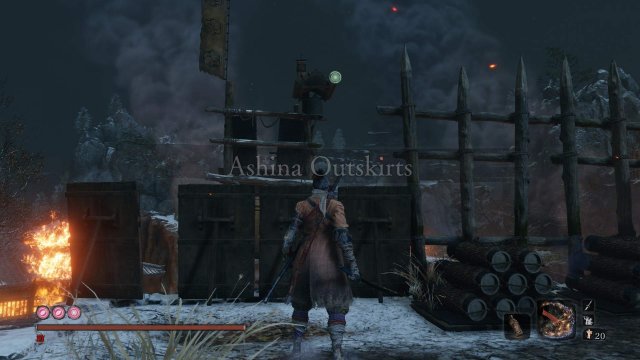 Quickly deathblow the gunner at the top(1), then drop straight down, into the grassy area, and kill the next gunner, right under the tower (2). Next, go near the burning gate and kill the other gunner (3): 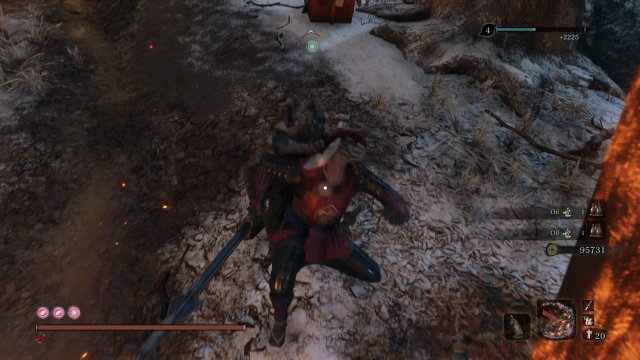 After that, it can get a bit more complicated. Depending on how fast you’ve been with the previous kills, you’ll see a Ministry dual weilder, and a Ministry canon mob. They sometimes desync and are at different distances from one another, if you’re too slow. In that case, kill them in the order of who’s closest to you and who’s farther. Otherwise, make sure to stealth kill the dual weilder first (4), then pummel away at the canon mob(5) ( he will never attack you back, you can just pummel until he’s dead). 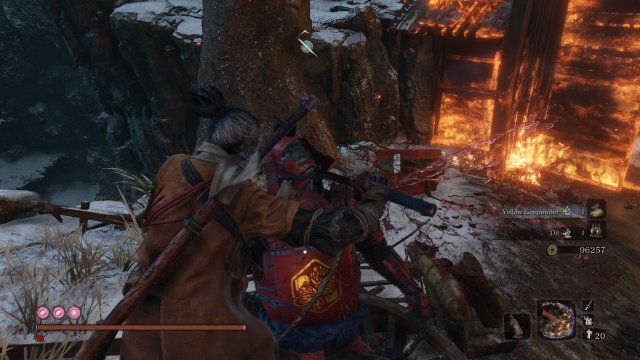 Next, grapple up to the ledge above, and quickly run through the hole, and to the left. Hit the mob with the gong as soon as possible, he should die in one hit (6). 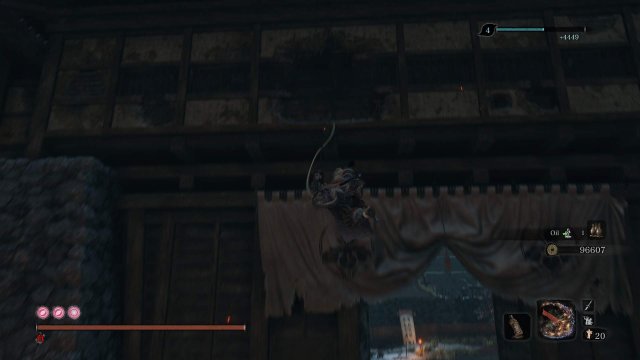 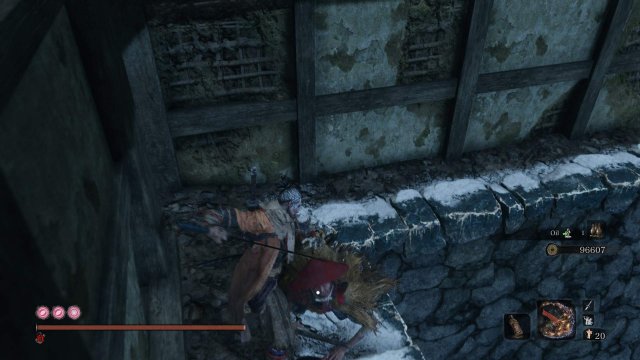 Now, sneak around the corner. If by any chance the mob detected you (has a yellow arrow pointing from him), hug the wall and be ready to do a stealth deathblow as he looks over. Otherwise, sneak in the grass and wait for him to turn his back (7). 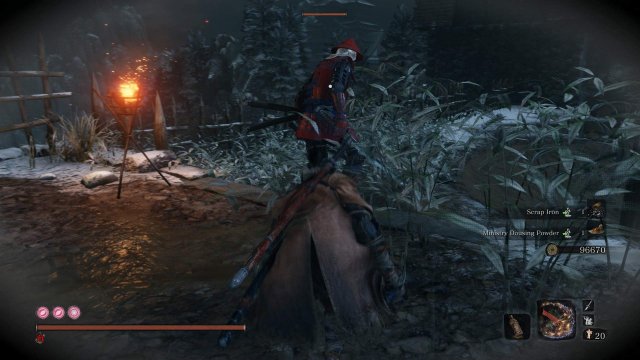 After that kill, sneak around to the corner of the wall in front. Make sure not to break any of the wooden barriers by accident (by walking over them), or it’ll alert the mob (8). 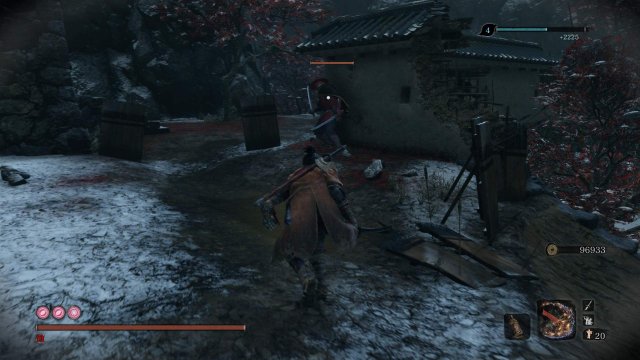 Run up to the gunner shooting at the bridge. He shouldn’t aggro you , as he will be focused on the Ashina soldiers. Stealth kill him (9) and drop down, then stealth kill the gunner to your left (10). 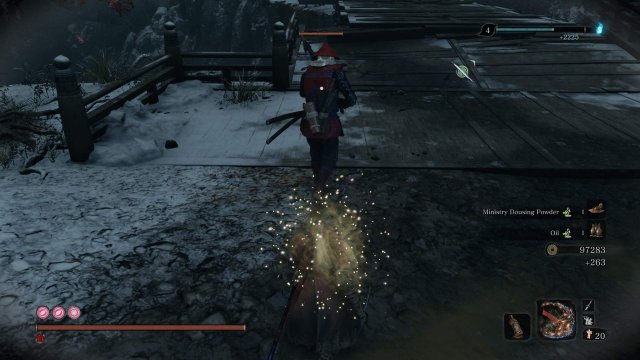 After this, use the idol item, and return to the last communed idol. 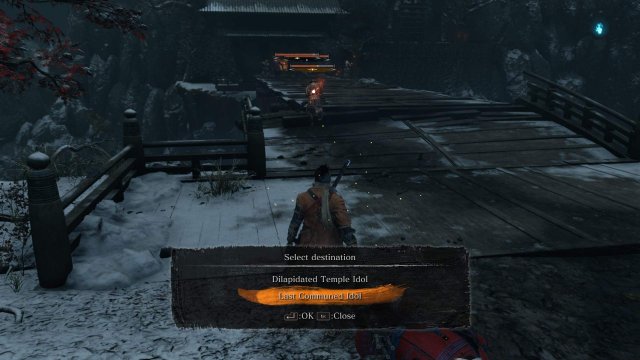 Repeat this process until you have all the sen/experience you need.