This is a small guide about Engines in Interstellar Rift. I will try to list any data on them in order to figure out what is their reliability.

The base value for Top Speed is 500 m/s, but every ship get a Mass Penalty. 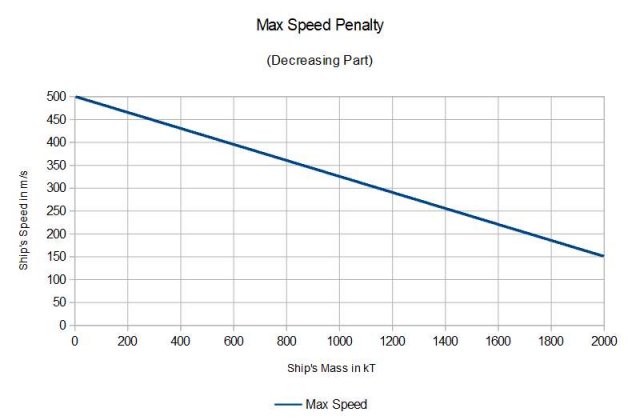 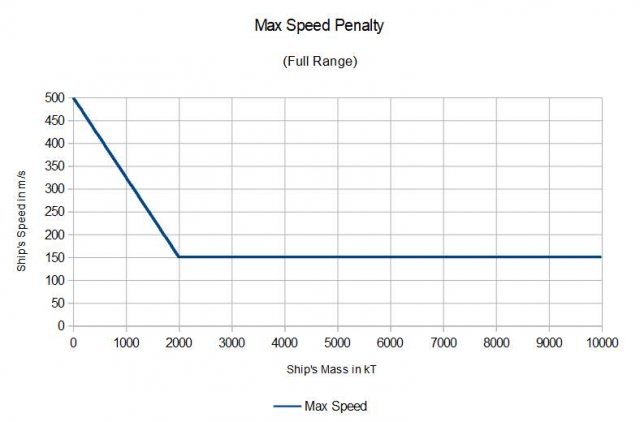 Here I will expose the engines stats (Mass, Thrust and Drain) to compare them. 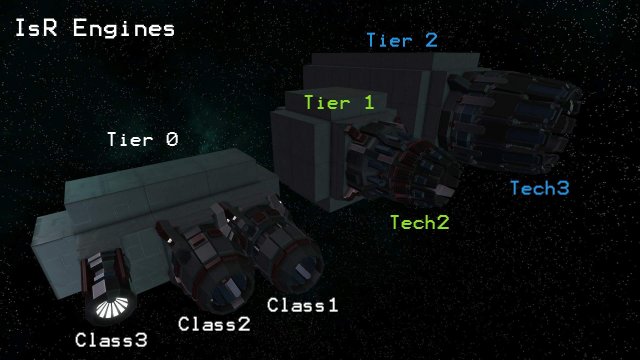 In-game Engine’s Mass values (Some are still wrong, I reported that several weeks ago):

Actual Engine’s Mass values (Watch the Ship weight when playing with them in the Editor):

Engine’s Thrust values added to the ship per ton of the Engine’s Weight:

9.82 Class 1 engines give to your ship the same thrust as one Tech 2 Engine:

You can divide the Engine’s Thrust Value by 10 to guess approximately what Mass it can move at Top Speed. So one Tech 3 Engine can move a 145k ship at max speed. This trick can help you to know how much engines you need for your ship. Don’t forget that Pads, Containers and Ship Storage will add way much weight to your ship when you fill them.

Class 3 Engine is better than you can first guess and you can easily hide them. It’s a good engine for small ship. Two examples of hidden engines on ship I made: 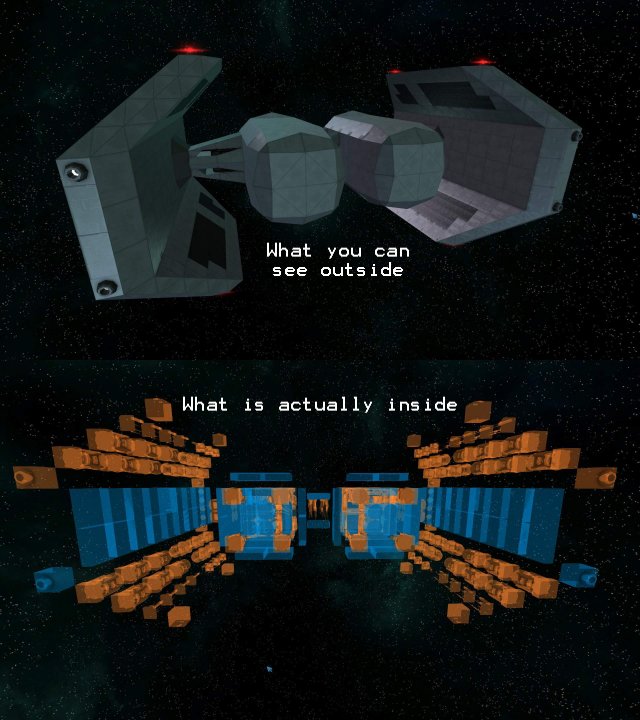 Class 2 Engine is genuinely very bad and useless in IsR, I used them once to make an only Iron-Copper Ship who doesn’t make any sense as you can craft Steel Ingots very easily. As Steel is not that hard to get when you start the game and knowing that Class 2 Engine stats are really very bad, I suggest you to never use them.

Class 1 Engine is the one you can afford and put everywhere. If you want to reach the Max Speed, you will need unfortunately a whole bunch of them. Here an example of one T0 starting ship I made to grind faction reputation with most of the engines hidden: 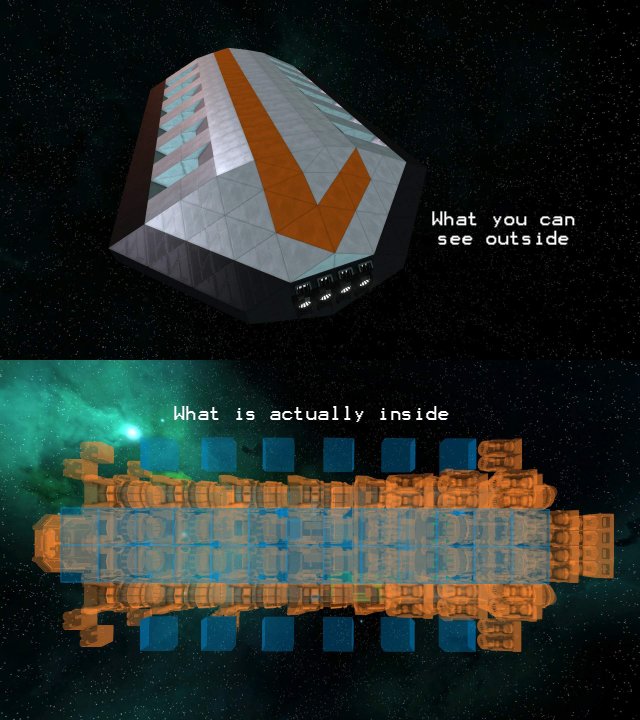 Tech 2 engine is not actually better than Class 1 ones if you take the inside room weight drawbacks, it’s why I rarely use it (Only for design purpose).

As you see the Tech 3 Engine is more energy efficient (4,461) than the other engines who share roughly the same value (3,250 to 3,500). Without any design concerns, if you planning to build a ship over 150k mass and if resources doesn’t matter to you, use Tech 3 Engines. The biggest Engine of the game is actually the better. The outside nozzle of this engine take 3x3x5 titles, so you can align several of them in line and only expose the last one.

An Interstellar Rift starting guide trying to show you how to start the game (or restart if you lost all you had), giving you a taste of the different ingame […]

An organized list of helpful tips and tricks meant to aid people new to the game. ContentsGeneralFightingBoarding & HackingShipbuildingTrading & Mining General Never use “wild” rifts if you don’t have […]