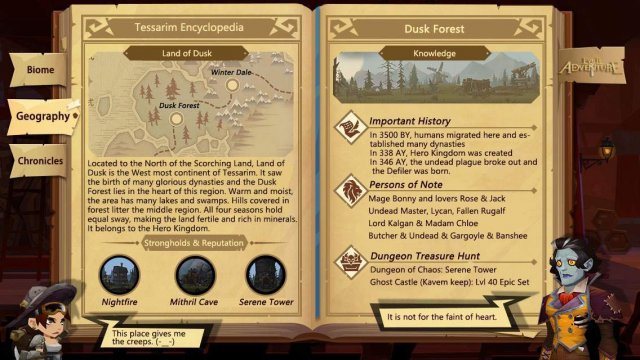 Located to the North of the Scorching Land, Land of Dusk is the West most continent of Tessarim. It saw the birth of many glorious dynasties and the Dusk Forest lies in the heart of this region. Warm and moist, the area has many lakes and swamps. Hills covered in forest litter the middle region. All four seasons hold equal sway, making the land fertile and rich in minerals. It belongs to the Hero Kingdom.