Quite easy guide for that sweet achievement!

Go ASAP Fascist, then justify oon Yugoslavia and Albania. When war between you and yugoslavia brokes out, make a faction with Italy.

The war should be easy, I was making 20 witdth pure infantry, and later with artillery. After annexing Albania and Yugoslavia I was waiting for WW2 and actually it was weird – Czechoslovakia refused Sudetenland and Allies protected them (it was 1938) and historical focuses were on, but anyway just wait for WW2.

While Allies are busy with Germany they are probably won’t guarantee independence to other countries, so I justified on Bulgaria. After attack Romania joined my faction (I let them join to prevent them joining the Axis), after Bulgaria, next was Turkey and I kicked Romania and annexed them. Quite simple, but after few tries. 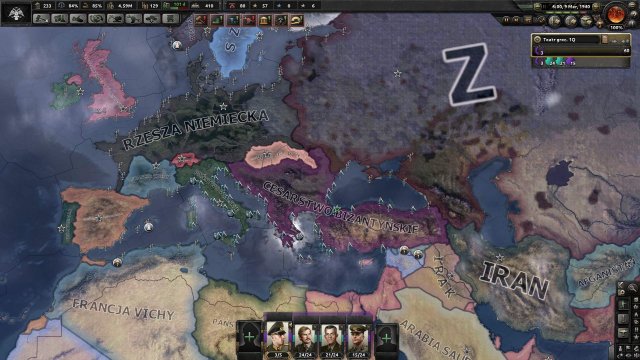 Hearts of Iron IV – Tips and Tricks for Getting Started

Before you play the Hearts of Iron IV game, you will definitely want to know these simple but useful tips and tricks. If you have any tips feel free to […]