Is this your first Souls game? Are you unsure how to handle its fabled difficulty? Are you stuck fighting Iudex Gundyr? Here’s some tips from a series veteran.

Dark Souls has become more or less synonymous with “brutal difficulty” today, and people compare anything they can’t beat with the series. However, a lot of people haven’t played any of the games in the series, and their legendary impossibility is an exaggeration – Dark Souls difficulty is very fair, and even though the games are hard, it is very rarely the game’s fault when something goes awry. The games are all about risk versus reward, and paying attention to your surroundings often reward you with hidden items, sniping spots that trivializes encounters, and spotting ambushes before the enemies get a chance to swarm you. Don’t expect to steamroll through DS3; a vital part of the experience is learning about enemy patterns, about the grounds you fight on, and about your own wits and weapons.

When you finally beat the final boss of DS3, you will have transformed into a much stronger player than when you started out. Your dedication and determination will have tempered you, made you more careful, more adaptive, more precise. Coming to this realization is… kinda hard to describe, actually, but the gist of the whole thing is that you’ll be forced to grow as a gamer and as a person while playing a Souls game, and any achievement you accomplish will give you a true sense of satisfaction; like you actually achieved something rather than just experienced a clump of content.

This probably sounds discouraging, but long story short: every time you die, you will get better at the game, even if you don’t realize it. Just don’t give up and you’ll eventually get through the entire game.

Don’t be afraid to look up wikis and such – both lore and instructions in DS3 are obscure, and if you don’t enjoy detective work, there’s no reason to get stuck just because you don’t know where to go next. 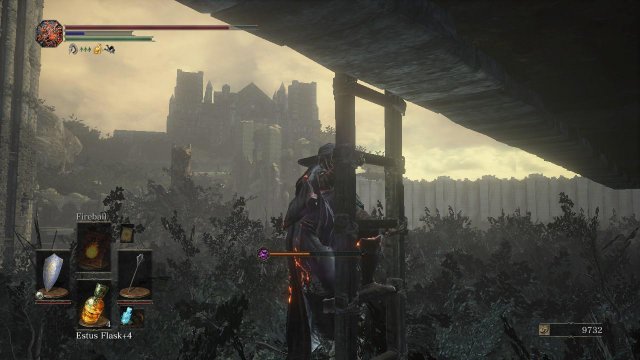 DS3 is the most linear game in the series, but there’s lots of nooks and crannies with hidden goodies in every level. Be on your lookout for hidden passages, sometimes just rotating the camera a bit reveals overlooked corridors and ladders just ’round the corner.

There’s a lot of stuff to be aware of, hopefully this list is to some help. 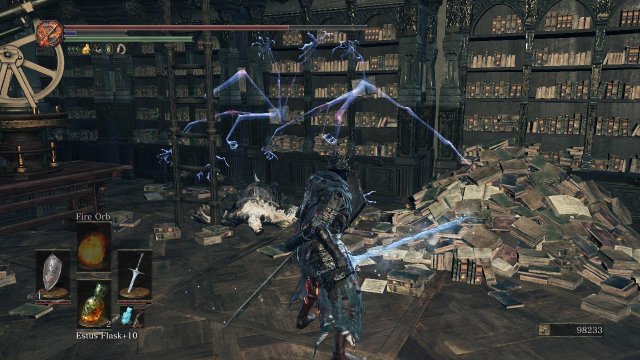 There’s a whole lot of classes and gifts to choose from, each with their own strengths and weaknesses. Classes are the most important, however neither are particularly important due to the game’s focus on customizability; you can be any combination of the starting classes with a bit of stat and gear investment further down the line.

One of the easiest classes to play as due to solid equipment and balanced stats. Has no strengths, but also no weaknesses. Starts with the best shield and weapon of the starting classes.

Starts off with a paired weapon that allows you to use dual wielding right away, focused on Dexterity. Not a good class if you’re new to the series, but a good starting point if you’re interested in the new dual wielding system.

Starts off with high Strength, focused on big heavy weapons. Has the highest starting HP and Stamina of all classes, making it another solid class for beginners, and has the lowest amount of points in the magic stats (attunement, intelligence, faith) which means it’s the best choice if you plan on being pure melee… no points are wasted in stats you won’t use.

Starts off with a spear, a decent shield, and the worst healing magic in the game. Not terribly good at anything, and if you’re going for a paladin type character, starting as a Knight or Cleric and then respeccing towards whatever you lack will give you an easier time.

Starts with a bow and a dagger, although you can’t get any replacement arrows until you’re past Iudex Gundyr. Backstabs with a dagger deal very high damage, but you’d likely want a sword or katana early on for direct confrontations. Advanced class.

Starts with a rapier and an utility sorcery that negates fall damage and makes your footsteps inaudible, allowing you to take some shortcuts and just sneak past enemies. An advanced class, but has a lot of use early on, especially if you’re going for a spellsword build.

A magic-centric class that starts with two Soul Arrow spells. Deals heavy damage to Iudex Gundyr and a lot of other targets, but remember to keep an eye on your MP bar when using magic.

Starts with fire magic and an axe, making them a good spellsword character although they’re a bit weak early on. Pyromancy magic requires investment in both intelligence and faith, but the investment pays off as many annoying enemies are cripplingly weak to fire – and you will be able to use both sorceries and miracles as well if you have points in both intelligence and faith.

Starts with a mace, a healing miracle, and a shockwave miracle. Clerics are surprisingly versatile even in single-player, the shockwave spell can guardbreak enemies or even knock them off ledges into death pits and having access to a healing spell can cut down on your Estus usage. Shines really well in co-op since most healing and buff spells are AoE and also affects your allies, though. The mace is a really good weapon against armored enemies and skeletons, and a close second to the Knight’s starting Longsword as the best starting weapon.

Starts off with no armor and really shoddy equipment, mainly intended as a challenge class. However, their starting Club is surprisingly powerful when two-handed and very fast, and you can even stun Iudex Gundyr with enough hits, letting you wail on him with impunity. 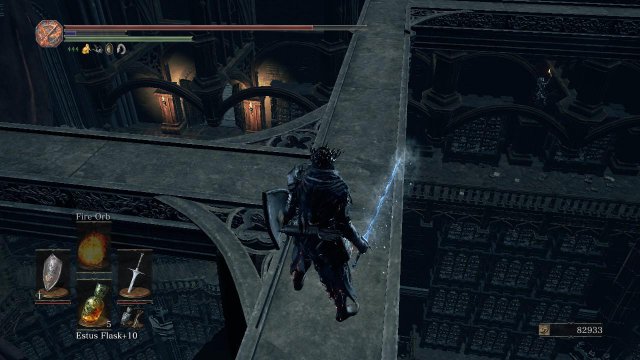 How to Beat Iudex Gundyr

A lot of players runs into trouble with the boss of the tutorial area: you’ve got no way to level up or upgrade your gear yet, you can’t summon help; you’re simply FORCED to beat him with skill alone with no buffer to even the odds. There’s not a lot I can do to help you get that skill, but there’s a bunch of small tricks to keep in mind that’ll make things easier:

Levelling up & Choosing the Best Weapon

When levelling up, you allot 1 stat point to any stat of your choice. The only difference between different classes is what their stats are; thus you can become any sort of character depending on how you distribute stats.

I would personally recommend going for 20 STR and 20 DEX if you’re unsure how to level up; this allows you to use the majority of weapons in the game (with the exception of greathammers, ultra greatsword, paired katanas and other advanced categories). Don’t forget to level up HP and stamina, either. 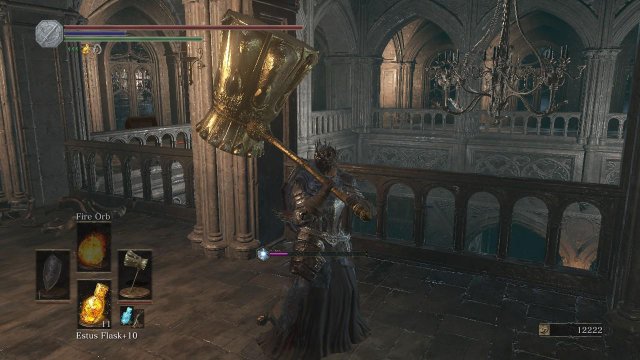 What is the best weapon in the game? Sadly, that’s a question you’ll need to answer yourself, because many good weapons have radically different playstyles and being comfortable with your weapon’s moveset is way more important than its stats; after all, if you can’t use it effectively, the stats won’t matter.

Some General Tips for Weapons and Upgrades

Some Tips About Good Weapons 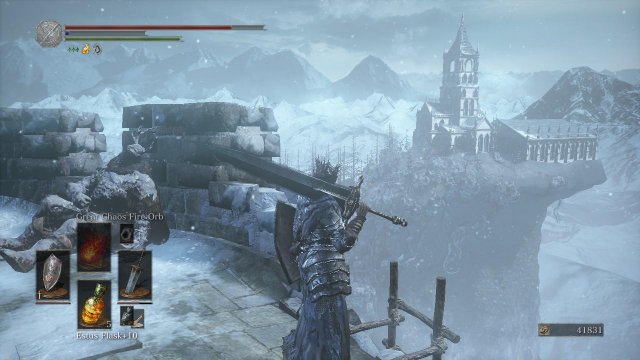 There’s a mechanic in DS3 called Embering. When in an embered state, you get a 30% HP boost and can see summon signs for NPCs and other players, letting you summon them as allies (or as enemies, when you summon them from a purple Mad Phantom sign or from a red Dark Phantom sign). This state is entered when you consume an Ember, and you get the effect for free when a boss is slain. Ember is lost when you die. As a phantom, you also lack the embering HP boost, but you get the ember effect back when you return to your world, even if you die when summoned.

However, while in Embered state, other players can invade you, acting as strong enemies in your world and generally getting in your way. (There’s also NPC invaders in multiple places).

To avoid player invasions, play the game in offline mode (this will also, obviously, make it impossible to summon other players as allies). Unless you’re playing a full co-op run with someone, it’s generally better to explore areas in non-embered state and only use an Ember and summoning allies before you take on a boss, to reduce the risk of invasions.

Embers are relatively precious and rare, so use them wisely. The earliest enemy you can farm infinitely for Embers are the Lothric Knights in the High Wall of Lothric, the stretch between Vordt’s boss room and the church is a decent farming spot. 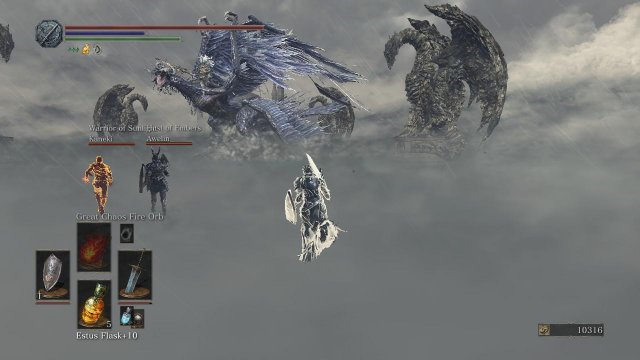 To summon someone, you need to be Embered. However, you don’t need to be Embered to BE summoned, you just need the White Soapstone to lay down summon signs. This is sold by the Shrine Handmaiden, the shopkeeper in Firelink Shrine. Not all areas are co-opable, so if the stone is grayed out you’re in one of those. Most areas are, however, with Firelink Shrine being the main exception.

As a phantom, you lose nothing on death, so it’s a completely risk-free way of exploring new areas and farming for souls (both players are awarded the full soul drops of slain enemies; phantoms are awarded less than the normal souls drops for bosses, however.). If you help the host player beat a boss, you get a free Ember as well. Don’t be afraid of co-op, it’s more fun than you’d think… I was a skeptic as well when I was new to the game.

Dark Souls 3 is by no means an easy game, but if someone like me can go from starting it with no prior experience to beating it in just 80 hours…

If you’re prepared to struggle and spend just as much time “levelling up yourself” by learning boss patterns and dodge timings as you spend levelling up your character, you will make it through DS3 eventually. Just don’t give up, never stop learning, never stop believing in yourself.

That’s how you get good.

This guide will hopefully help all you few and far between mages out there to enhance your PvP skills. In this guide, we’ll overview builds, spells and many situations you’ll […]