Other AxE: Alliance vs Empire Guides:

In Annihilation, you must defeat monsters to gain strength and overpower your enemies.

In the end, only one of the two factions will have the chance to defeat the final boss. 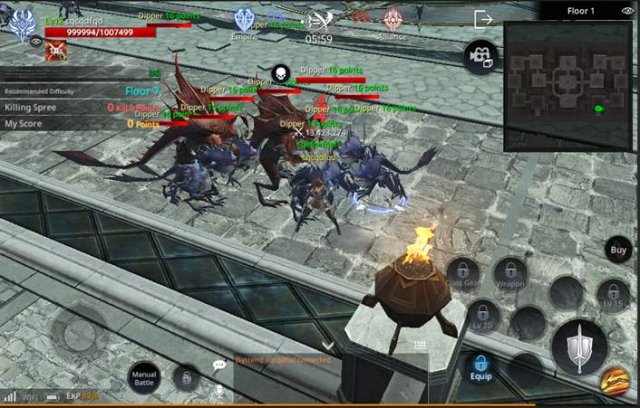 Annihilation can be accessed from the [War menu – War tab] after clearing Main Quest 4-12.

You can participate in Annihilation using the Quick Join function from [War menu – War tab – Annihilation], or through party invitations. (Uses Annihilation Tickets)

You can also join through participation requests on the [Public Chat].

Select 1 of 3 different buffs before entering. 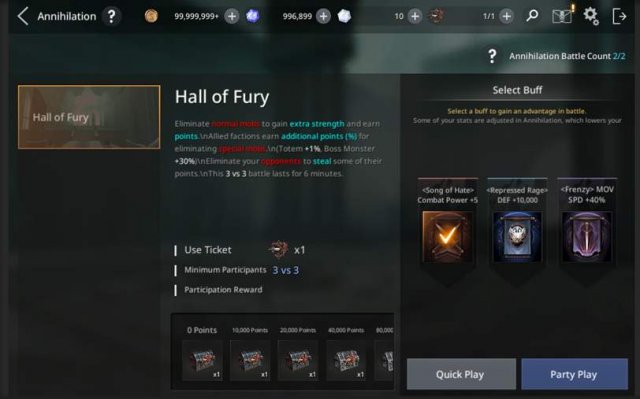 Normal Reward: Use an Annihilation Ticket to participate, and obtain rewards based on points earned and stages reached.

Participation Reward: Use an Annihilation Ticket to participate, and obtain rewards based on points earned and stages reached.

Annihilation lasts for 6 minutes. If your character dies during the battle, you will respawn after a short wait.

Defeat normal monsters to earn points and increase your strength.

If a faction destroys a totem, they receive a Faction Bonus (%) on their final score.

Defeat a member of the enemy faction to steal some of their points.

The boss monster is worth a large number of points and offers a high Faction Bonus, but it only appears once. 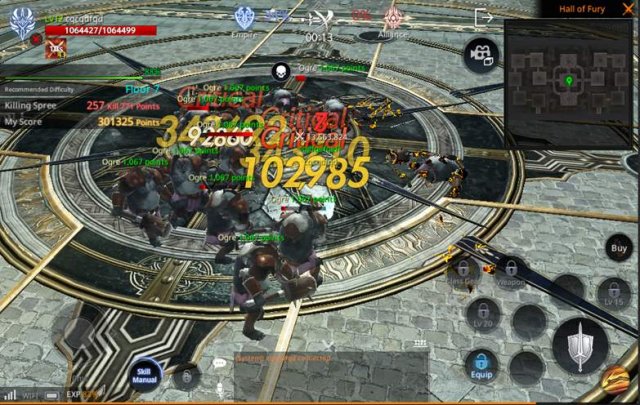