The top left of the Battle Screen shows the character type, level, and HP .

It also shows the resources used for unique skills based on each character. (Stamina, MP, etc.)

The boss HP and name are displayed in the middle of the Battle Screen.

The indicator (x number) beside the boss’s HP shows the number of HP gauge stacks. 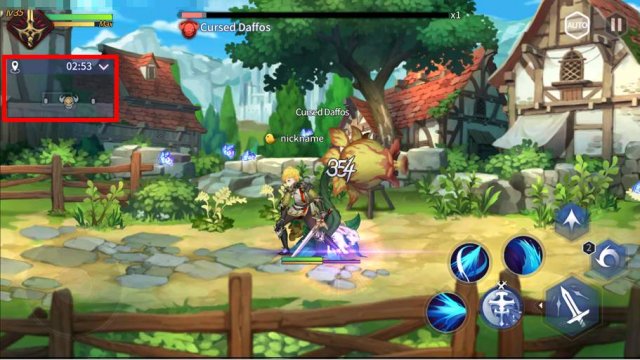 The Battle Map is displayed below the character’s information.

Time remaining, monster location, and geographical features are displayed on the map.

Your location is shown with a yellow icon. 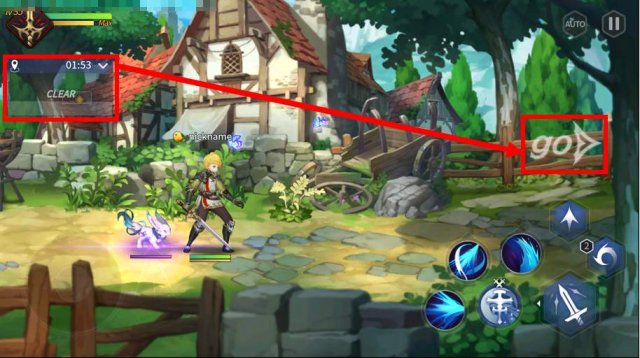 When a battle is finished on the corresponding map, the message “clear” will be displayed.

You can then move on to the next map by following the “go” icon. 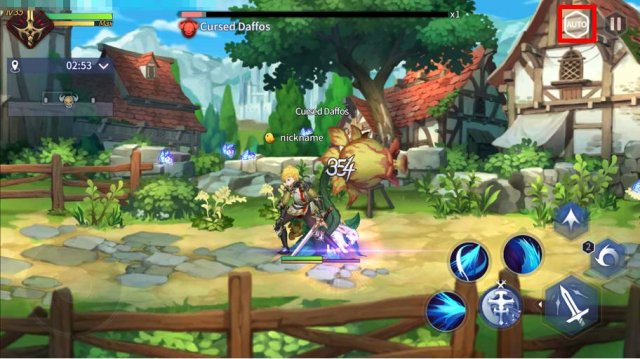 Tapping the auto icon at the top right activates the auto battle.

Tap on the corresponding icon again to turn off the auto battle.

[Adventure Stages] accessible through certain quests are not supported by the auto battle feature. 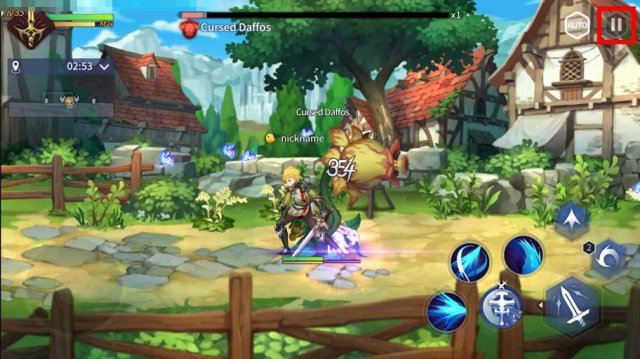 To pause the battle, tap the pause icon at the upper right corner of the screen. 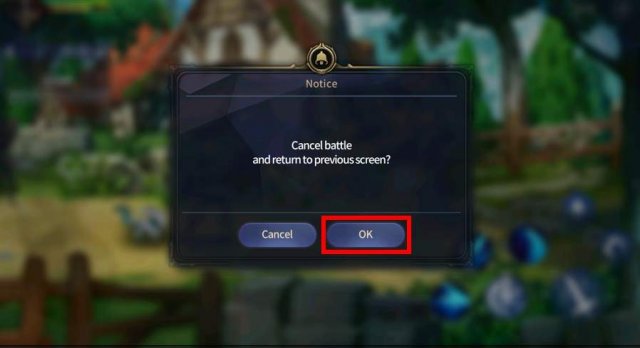 You can end the game by tapping the [OK] button in the pause menu.

The game’s basic controls are as follows. However, some of the controls may differ for each character depending on their skills. 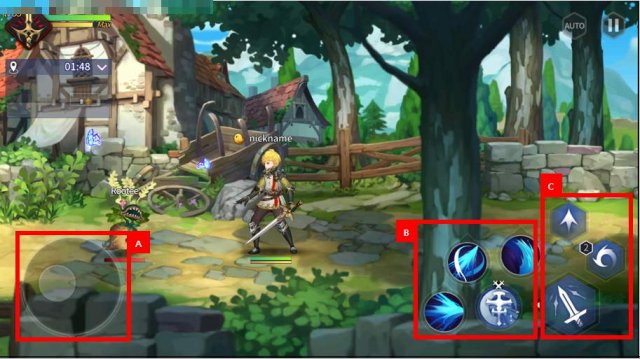 The evasion feature can only be used repeatedly up to the number of times indicated above the evasion skill.

After continuously using the evasion skill, you must wait for the cooldown to finish to activate the skill again.

Other Magia: Charma Saga Guides: How to Create a Character. How to Change a Character. In-Game Notices. Battle System Guide. Granos Town Guide. Battle Results Various information is displayed in […]

Magia: Charma Saga – How to Create a Character

Magia: Charma Saga – How to Change a Character

Other Magia: Charma Saga Guides: How to Create a Character. In-Game Notices. Battle System Guide. Battle Results Guide. Granos Town Guide. Changing Characters At the Inn, you can switch the […]