This guide will inform you on the different types of aliens you will face in the game. 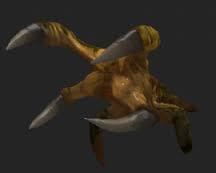 The basic alien that you will fight throughout all the campaigns. Drones “swarm” you with insurmountable odds. These enemies, however, are very easy to defeat by shooting and punching. It is not recommended to go into close quarter combat because their claws can shred through marine armor with ease. Flame and Tesla damage type weapons stun them allowing for easy run around and/or elimination. 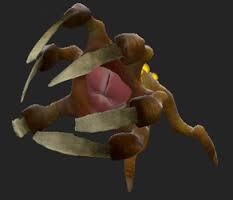 This bug launches multiple (three) acid projectiles towards the marines, dealing horrific damage if they impact. One ranger is no problem, easily avoidable when rolling around but the real issue comes when they have a numbers advantage making it difficult to move without getting hit. They can usually take one or two more hits than drones but still aren’t very hearty. Fire stops them for a couple of seconds but they will continue firing after that.

Buzzers have little health and deal little damage to your armor. However their real potential comes from when they hit you they’ll shake your screen not only that but beware headphone users. Their sounds make them easily identifiable due to the loud screeching sounds they make especially when on fire. With their fast movement it makes them difficult to hit and beware friendly fire while attacking them. No stun affects stop them such as fire. 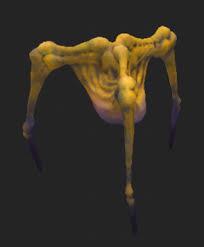 The Boomers are large aliens that are not a threat at first sight, dealing little melee damage to marines and moving slowly. However this disappears within the first couple of seconds considering they swell up and once you shoot them enough they’ll pop, throwing out small egg like spheres that take a while before finally exploding dealing tremendous amounts of damage to marines especially if hit by multiple bombs. I’m not entirely sure but I think tesla and fire damage significantly weakens them while they are bloated. 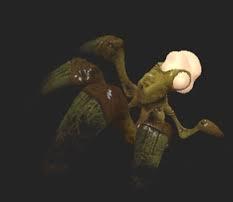 A large alien that uses its four front legs as a huge shield to negate all incoming damage from its enemies. If a shieldbug happens to get close to a marine it will hit him/her to send it flying a good distance while also dealing a decent amount of damage. Its faults are noticable when marines flank around it to hit the fat weak spot behind the shield, making it not last very long. Any elemental damage will make it drop its shield for a second or two while also doing damage to it. Before it is engaged in combat you have a second window to hit it before its shield is put up. As of the release of RD the shieldbug also blocks all damage from piercing weapons like the rail rifle. 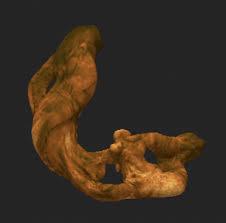 Although it isn’t an enemy itself, it often times blocks player progress and is needed to be destroyed to complete the mission. The flamer and mining laser both destroys biomass quickly. Destroying it will call drones and rangers to that area so be prepared when it is burned down. Don’t walk into the biomass either or it will deal minimal damage to marines. 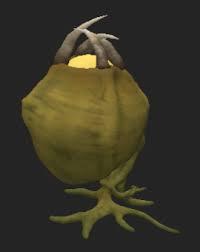 Eggs do not deal damage by themselves but they do eject fresh parasites to latch onto a marines face! Eggs are fragile by shooting and burning (or even punching) but be sure to do it quickly or else a parasite will jump out of it. Burning eggs will pop out a parasite anyways but they do not latch onto your face because they are on fire as well.

Grubs are harmless, dealing absolutely no damage to the player. They pop out of small eggs (not to be mistaken for parasite eggs) and will swarm the marines to nibble on their feet. Do not fret, these annoying, not annoying, creatures can easily be removed by stepping on them. Don’t waste ammunition on these. 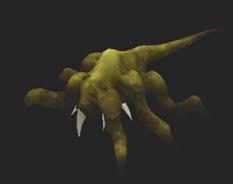 The most harmful alien of them all. Despite its size, this little fella can latch onto your face and infest you. Punching or shooting them before they get on a player is ideal and is the only way to get rid of them before they get on a player’s face. Medical supplies from medics or your health kit can help make your survive longer or completely remove the infestation. Infestation can also be removed by using electric armor, curing you immediately. These are bright and have predictable spawns so watch out for them. Medics keep on your toes I don’t want to lose any marines to infestation. 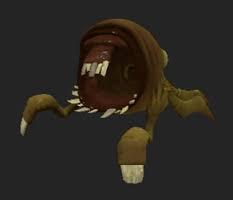 This big creature does nothing more than sit in one spot spitting large cabbages at the marines that open up and explode dealing massive amounts of damage. They do not have much health however getting to them is a problem considering they usually have allies running about and their bombs restrict the squad’s movement. 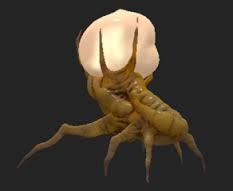 Harvesters are large egg sacks with legs. These creatures poop out alien “spawn” that I will talk about later. Harvesters do not attack you directly and do their best at staying out of your way. They have a decent amount of health but when they die they launch several spawn that fly toward you.

Do NOT mistake these for parasites. These turd brown creatures are made from Harvesters and are kamikaze aliens, meaning they will launch themselves at you: killing themselves, but dealing damage to you. Although on normal this might not be an issue anything above that tends to get marines killed quickly with little to no warning. 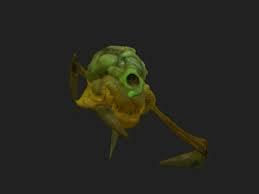 This beastie is not in the official campaign and I have yet to find it in custom campaigns. The Shaman supposedly heals its allies with a beam which is like the medic’s. Its priority is to heal the most damaged ally before healing the rest but does not heal other shamans. The alien can be spawned in the game using this console command:
“asw_ent_create asw_shaman” (without quotations). 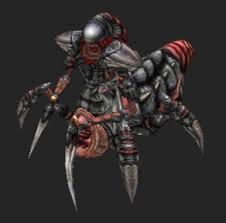 The queen in Alien Swarm looks awefully familiar to the one in the Aliens movies however that’s not the point. The queen, like the shaman, was unused in the Official 2010 Alien Swarm Campaign and is used in one or two custom campaigns that I have found here and on ModDB. Unlike the Shaman, however, it is fully working with all animations in tact. The Queen is a serious threat and is not a push over, having 5 health bars and possessing the ability to erect claws out of the ground to hold marines in place. Not only holding them in place, but also dealing a good amount of damage to them as well. Apparently punching the tentacles will allow you to escape the tentaces instead of waiting for them to move. The Queen also has a ranged attack similar to the ranger, firing three projectiles.