This is an indepth guide of what Circuits are in Mirador and how you can use them to make your Sentinels stronger.

Circuits are earned by killing Sentinels or by having your Sentinels kill other players.

At the time of publishing this guide, the game has 12 available circuits with 3 different levels (standard, advanced, superior) which brings the total quantity of circuits to 36.

Each circuit is composed of 5 categories:

Let’s take a simple circuit as an example. Here’s the Simplicity circuit at the Standard level. 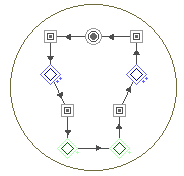 The circuit has a single zone which means it will stay within this loop regardless of the Sentinel’s HP.

Our loop starts at the grey circle at the top of the circuit and goes left, following the arrows.

First, it reaches a grey square which represents a Strike. As mentioned previously, a strike is the attack your sentinel does with its weapon. If your Sentinel is equipped with a Revolver or Blaster, it’ll do a ranged attack; if its equipped with a longsword, a mace or a saber it will do a melee attack.

You then reach the second grey square; another Strike. Your Sentinel uses its weapon and moves on to the next socket which is green. On a green socket, you can only use standard level of abilities. After the ability is done, we continue down the path.

We now reach another green socket. Your Sentinel will do a second standard ability in a row and move on to the next socket, your third Strike. After this attack, it will move up the path and reach your second advanced socket and finally, it’ll complete the loop with your fourth and final Strike.

Once the loop completed, if the player and the Sentinel is still alive, it’ll do it all again, following the exact same sequence.

As you can see, in this circuit, you will never be able to use a superior (purple) ability. If you want to use a superior ability in a Simplicity circuit, you would have to use an Advanced or Superior version of the Simplicity circuit. These versions have respectively 1 and 2 superior sockets in its loop. For a view of all possible circuits versions, please see the All Circuits section below.

We saw a simple, one zone circuit but let’s take a look at a more complex one; the Imbalance circuit. We will be looking at the advanced version of the circuit. 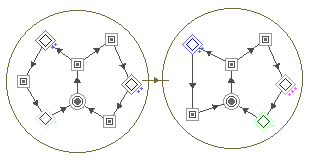 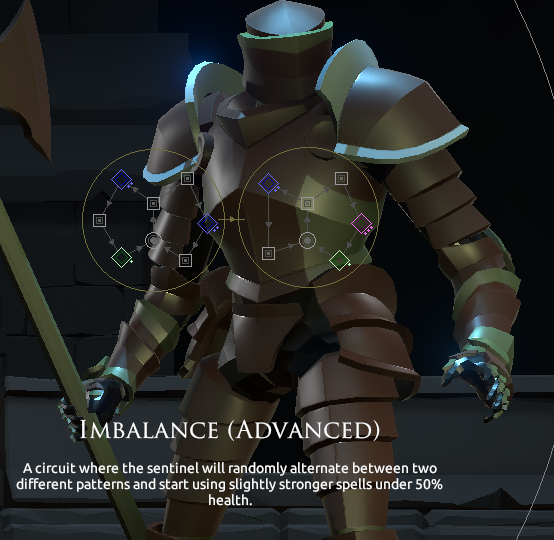 As you can see, this circuit has two zones (the two yellow circles). To know what condition triggers which zone, you would read what the text under the circuit says.

“A circuit where the sentinel will randomly alternate between two different patterns and start using slightly stronger spells under 50% health.”

You start at the grey circle at the bottom center. Move up and reach the first socket, a Strike. Your Sentinel does a weapon attack and then faces a split in the path. Two paths means 50% chance to follow either one.

Let’s start on the left path. You first reach an advanced socket allowing you to slot a standard or advanced ability. You then move to a Strike socket followed by a standard one. You are now back at the start and the loop starts again.

If your Sentinel randomly picks the right loop of the left zone, it will do the following combo: Strike, Advanced ability socket, Strike.

Once your Sentinel reaches 50% HP, it will move to the right side zone that also consists in two loops. The main difference in this zone is that one of the loops has a superior (purple) socket in which you can slot any ability (standard, advanced, superior). You will also be doing back to back abilities in the right side path.

The two paths of this zone are:

You will stay in this zone until the player or the sentinel dies.

At the time of publishing this guide, there is 12 different circuits at 3 different levels bringing the total to 36 available circuits to find. Here is the list along with the in game text explaining the zones conditions: 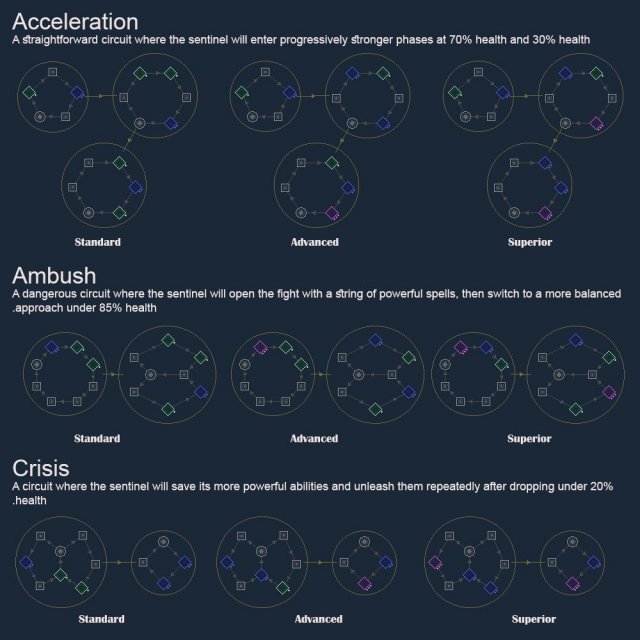 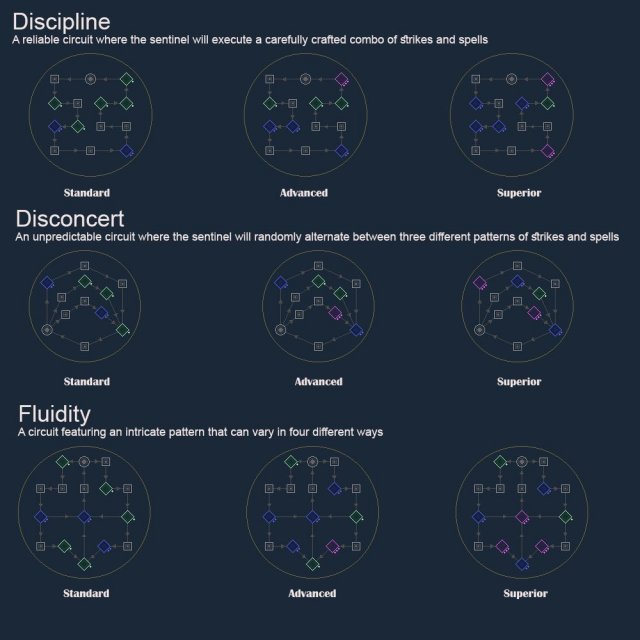 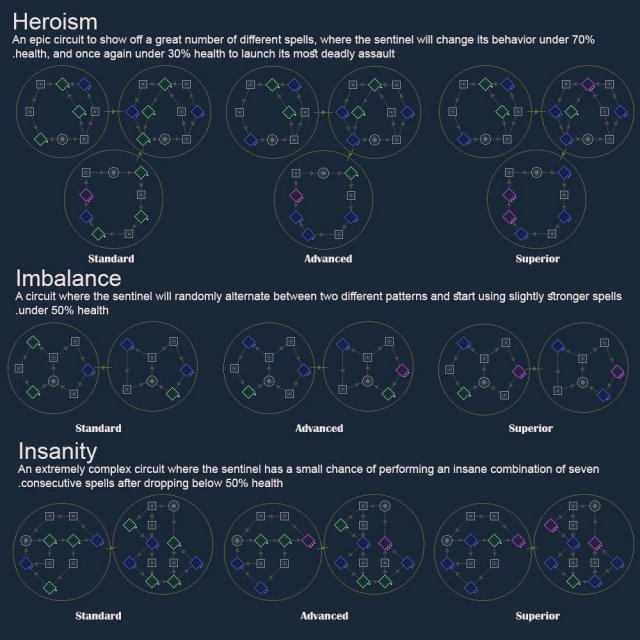 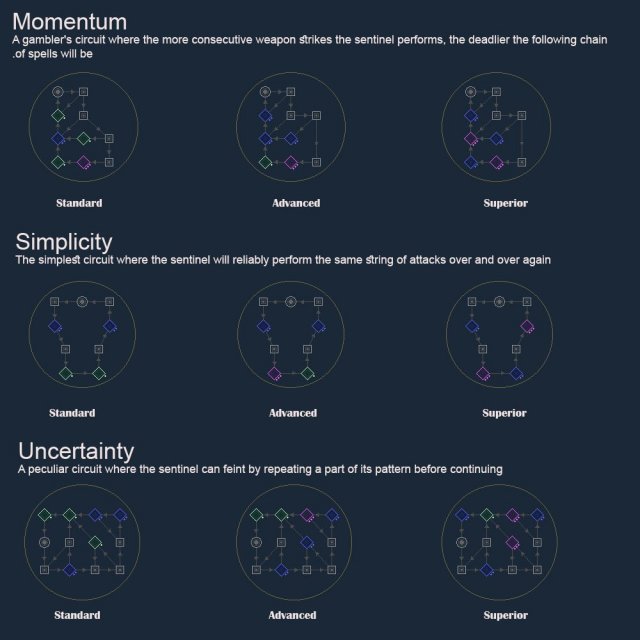 ContentsThe Combat PartThe Sentinel Creation PartPlayer GearMultiplayer The Combat Part It’s important to get into Mirador knowing that it’s not an easy game. You are unlikely to defeat your first […]