This guide will attempt to detail all the secrets that the Spaceship (starting area) has to offer.

Pulling up on the floor panel directly in front of where you spawn in reveals three drawers that can be pulled out to cause varying effects. 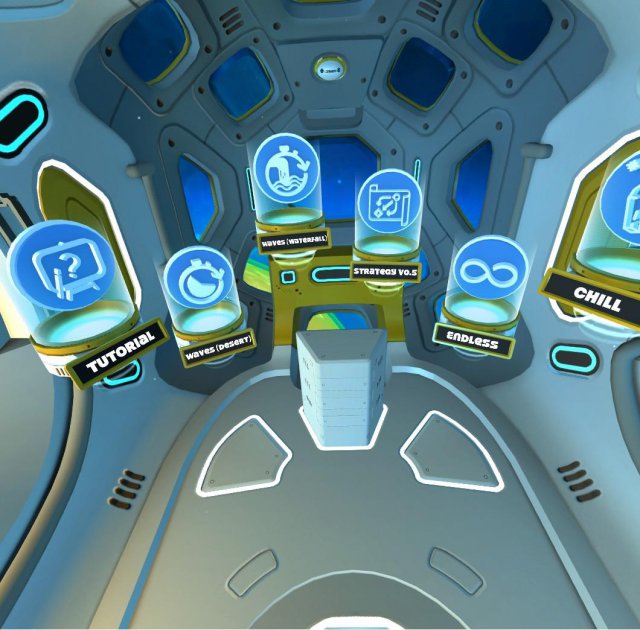 Pulling out the top drawer will cause the lights in the spaceship to turn off. Pushing it back in will turn the lights back on. 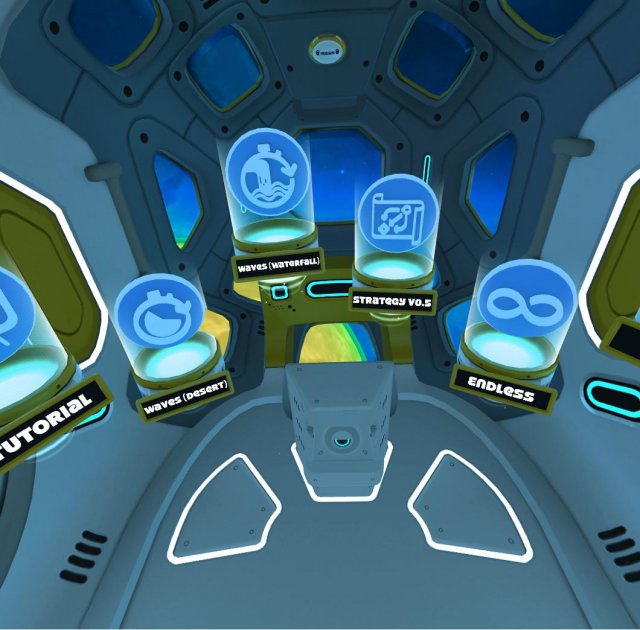 At first, the middle drawer doesn’t seem to do anything. 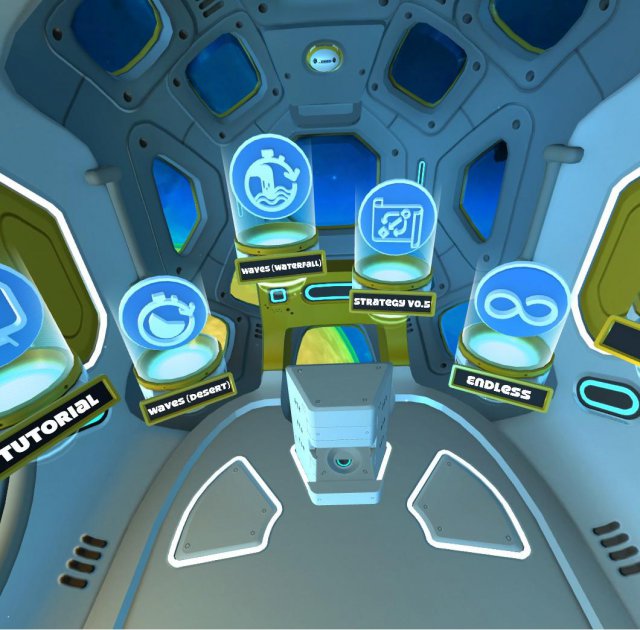 However, if you spawn in an item (using the Menu button), then release it, you’ll notice that gravity has been disabled. Pushing it back in will turn gravity back on. 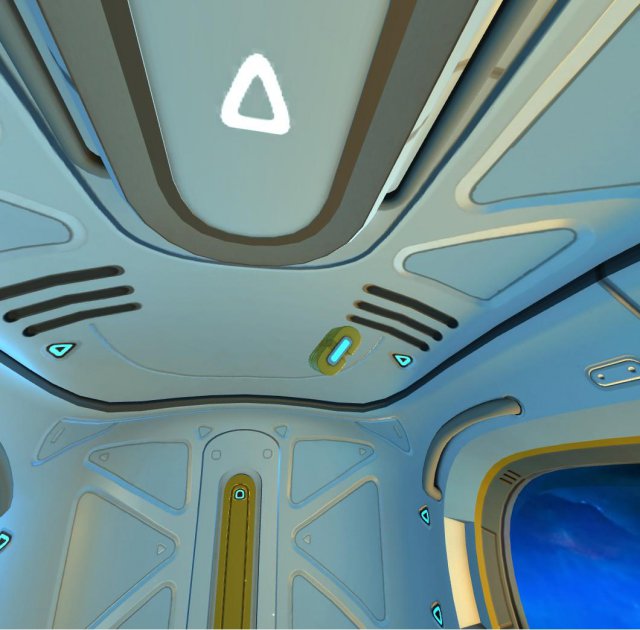 Pulling out the bottom drawer has the same effect as the top drawer, but additionally causes your Friend robot to begin a laser light show. The lasers sweep from floor to ceiling, then back again, slowly. Pushing the drawer back in disables the light show and turns the lights back on. 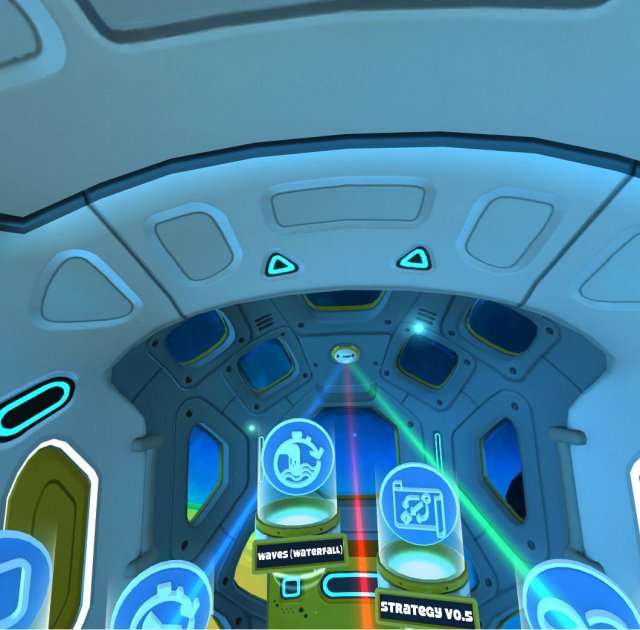 Pulling out all three drawers at once opens the airlock in the back of the ship, causing red lights to flash slowly throughout. Pushing one drawer back in closes the airlock. 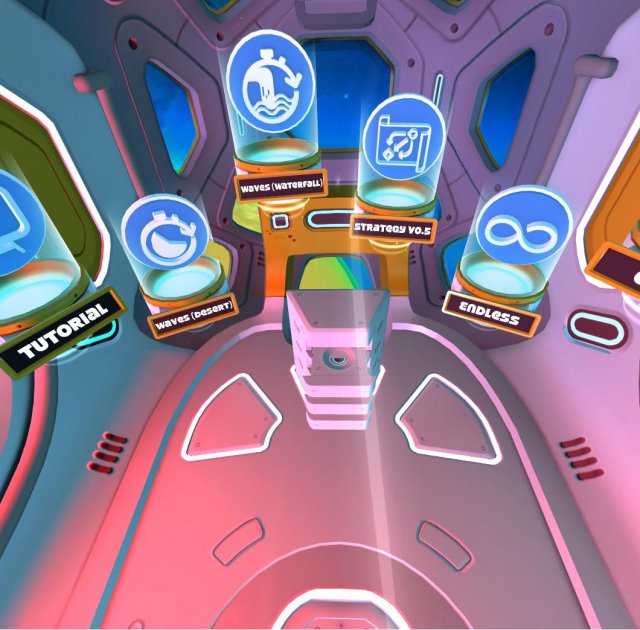 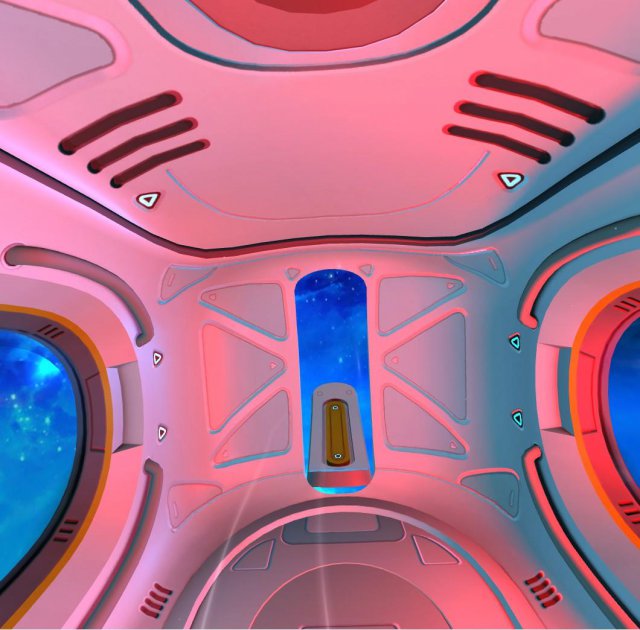 As of this writing (4/27/2017, EA Build 45 w/ Hotfix), these floor panels do not seem to do anything. As such, their appearance is simply detailed below.

Pulling up the left panel reveals a white floating sphere encased in glass. None of the drawers (or the airlock) have any effect on the sphere, or the panel. 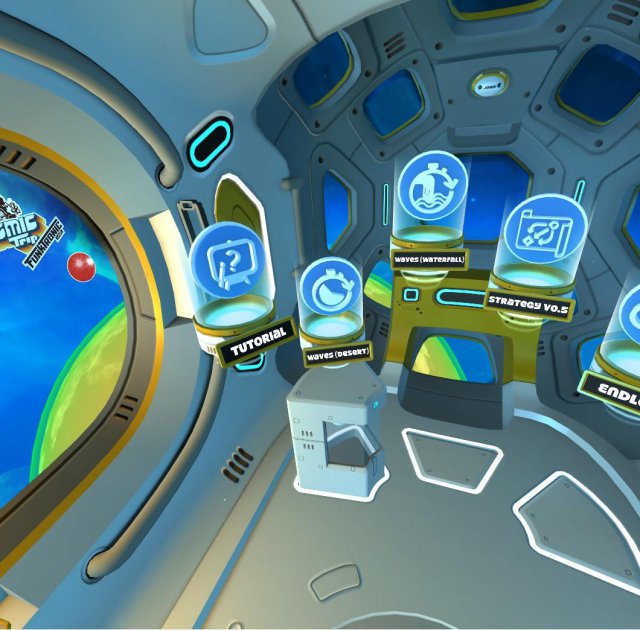 Pulling up the right panel reveals a solid pillar with an indent on the side facing the player. None of the drawers (or the airlock) have any effect. 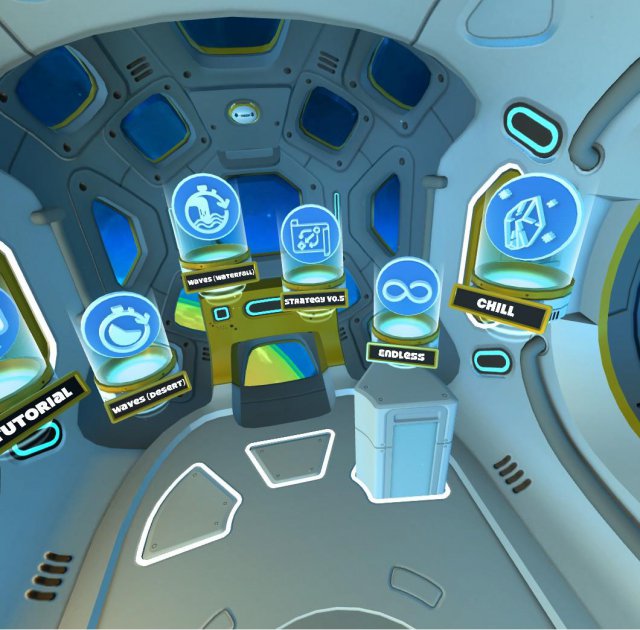 Pulling up the center panel (below the player’s feet) reveals a solid pillar with a slot on the side facing away from the airlock. It does not accept any cards or batteries that are allowed inside the ship. None of the drawers (or the airlock) have any effect. 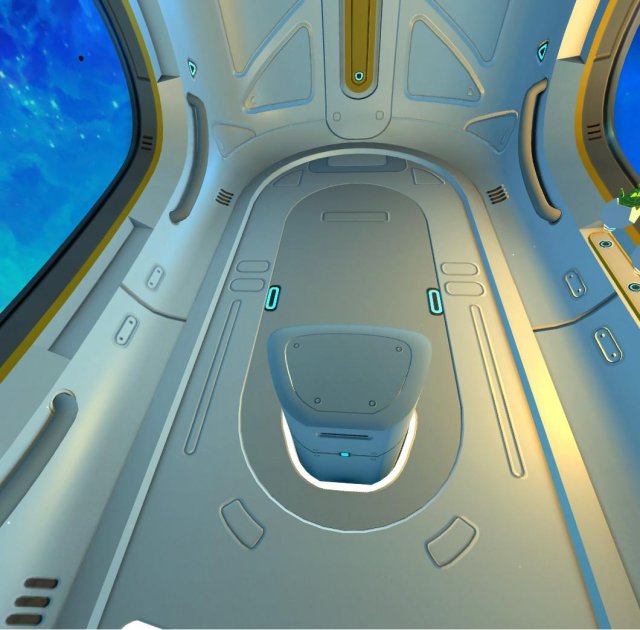 Pulling down the ceiling panel (directly above the player’s head) reveals a floating, rotating hypercube that cycles through every color of the rainbow.

The cube is maneuverable with the tools, and gives the player +10 Crystals when held for the first time. When picked up, the background music is stopped and the lights are shut off (as if the top drawer was pulled). This renders the top drawer effectively useless. 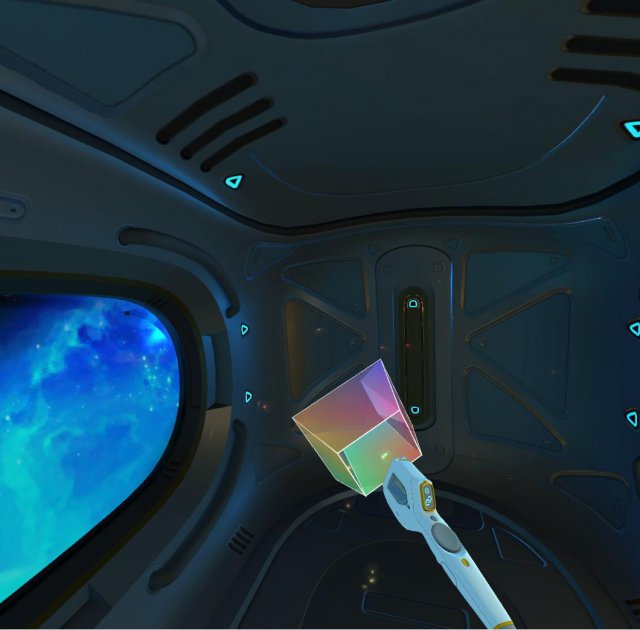 The cube is not affected by gravity or the airlock, but will collide with the gamemode selection discs. Bringing the cube near a surface will distort it, and project a circular rainbow onto it that increases in intensity and radius as the cube approaches the surface. 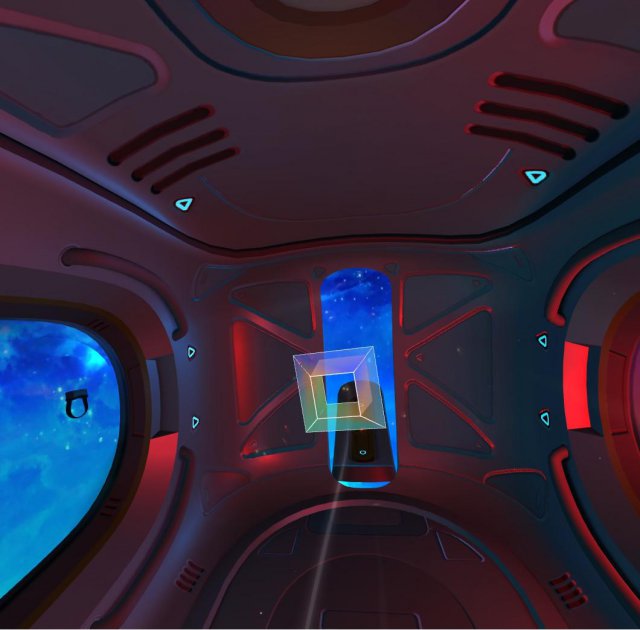 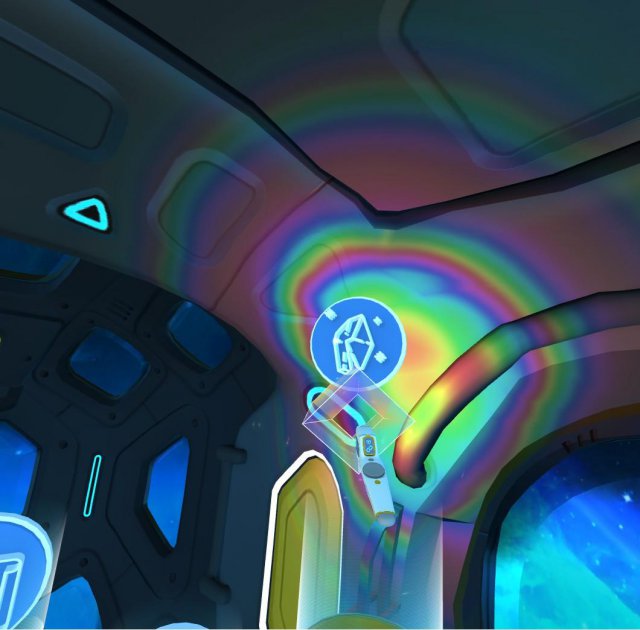 The only way to return the cube to its resting place in the ceiling panel is to reload the game, or enter a gamemode and die, returning to the spaceship. Releasing it from the tool will start the background music after a few seconds.