ROTK The Legend of CaoCao Guides:

A Commander can be recruited at the Commander Banner System.

Some commanders have their own special voice, outfit, and/or special effects.

Some commanders that are required for you to enter the Story Battle.

In-game currency is needed in order to recruit a commander,

With Jade Seals, you can unlock commander banners.

With Silver Coins, you can Recruit a commander.

With Gold Coins, you can Instant Recruit a commander

Button in left-Bottom: Change banner to recruit another commander. 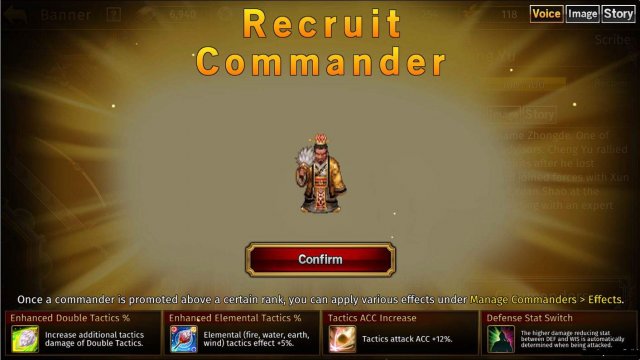 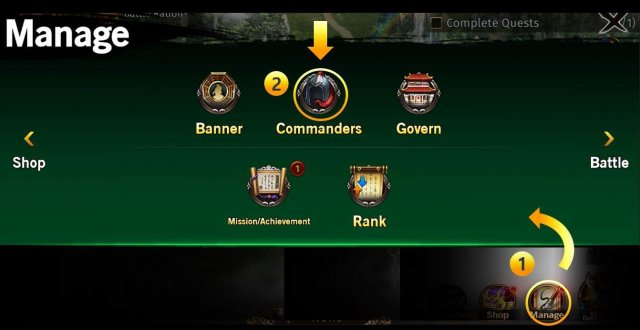 You can change the detailed settings of your commander.

through the Commanders function.

Change a commander’s equipment/effect to make him powerful,
and train/enhance his stats so that he can get promoted,
which in turn will allow him to get even stronger.

The Normal Equipment which the commander equips.

The level of the equipment will increase when it is frequently used.

Accessories are not subject to upgrades.

Once your equipment reaches its max level, you may switch it to a higher grade equipment.

The highest level of an equipment is Lv. 2.

Based on the Commander’s enhancement level, the equipment that he can equip will differ.

In order to enhance your Commander, he will have to equip all of the next level equipment.

Normal equipment cannot be removed but can only be exchanged with a higher level equipment.

Equipment exchange is available in Enhancement. 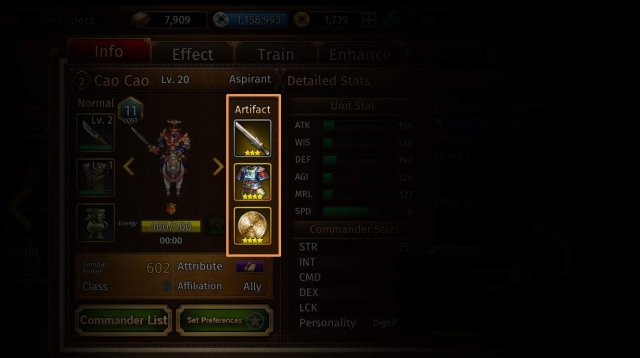 An Unique Artifact is a special equipment that can be equipped by commander.

Unique Artifacts have a special option and cannot be enhanced.

Artifacts can be equipped and unequipped whenever you like.

Commander Stats is a status that affects a commander’s enhancement. 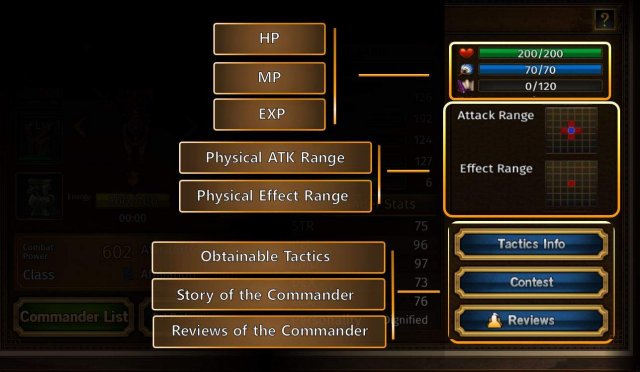