Some information on your enemies, weapons, and ways to transverse.

Don’t panic when encounter them, you will be able to get an equipment to identify them during main story quest
However the very first one won’t be able to detect Greater Mimic, so be aware.

Just beware of its ranged attack, it can hurt a lot if hit, but easy to dodge if you are intentionally avoiding it. You can always invest in Combot Focus in Security section if you are having problem dealing with them early game.
Late game all it takes is few shot with a fully upgraded shotgun.

They spawn cystoid, which are little suicide bombers that target moving object. Best way to deal with Weaver is to close distance and spray it with shotgun, it should go down within 2 clips.

They chase moving object, so when in space, throw an explosive object towards them can clear them easily. Or a recycler charge, or Kinetic blast if you have the ability. If you are inside Talos I, popping them with ammo efficient weapon works nicely. (GLOO cannon or even Boltcaster).

Mind controlling enemy, they control crew member inside Talos I, if the crew spot you, they will attempt to explode their head near you, dealing damage and killing themselves in the process. Telepath won’t spot you even if the controlled human is. You can first elimate all controlled crew members (either by killing them or knock them out with a zap gun), then just chase it with a shotgun. It offers little resistance without its minions. If telepath is killed, all controlled human WILL be knocked out.

Machine controlling enemy, they control turret and operators alike. DO NOT attempt to repair turret when there’s a Technopath nearby, it will be taken over it instantly. If killed, all turrets under its control will be broken, but operators remain hostile and active.

The invisible emeny, not really a threat since it often simply lifts you up with little damage, but can become annoying when fighting other enemies, making you a floating target.

The hardest but the easiest enemy, really big, really huge health bar too. But always get stuck in terrain, just going inside a room and poke it, it will go down with little damage done to you.

They will not attack you if your body is not alien enough, so be careful the amount of Neuromods you use on alien abilties. Turret will have different responses according to your point investment.

There’s only one rule when dealing with them, don’t let them get close.
Especially in space, you can find yourself in a hard time finding them while losing a ton of hp and armor. 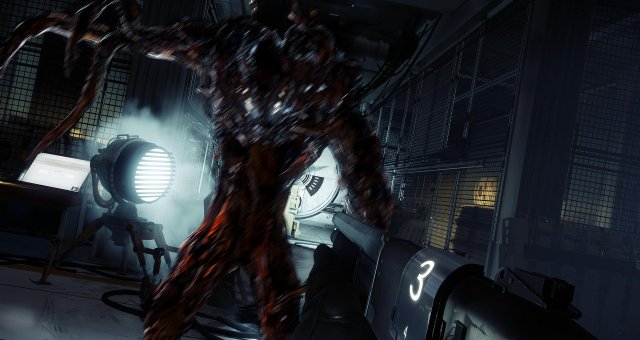 Your everyday pistol, it’s silenced so it is great for you to pop mimics in a room with other enemies. Dealing with mimics first can make your next fight much easier.

Good for almost everything, when fully upgraded, one single shot in the head can delete normal phantom (Normal difficulty).

Your utility gun, disables emenies, block enviornmental hazard, extinguish fire, prevent electric leak, or even create a climbing platform if you want. It cannot adhere to GLASS or its own projectile.

Shoots foam bolt, does not deal damage. So feel free to shot them at your fellow crew member, they won’t shoot you back. It can be used to trigger buttons from afar, having one in your inventory is always a good idea.

Zap gun, for disabling robotic units and knock out human target for your no kill playthrough.

Laser cannon, shoots laser. If the green bar meets the target’s current health, it will die.

Grenade, that sucks stuff in and greatest resources. 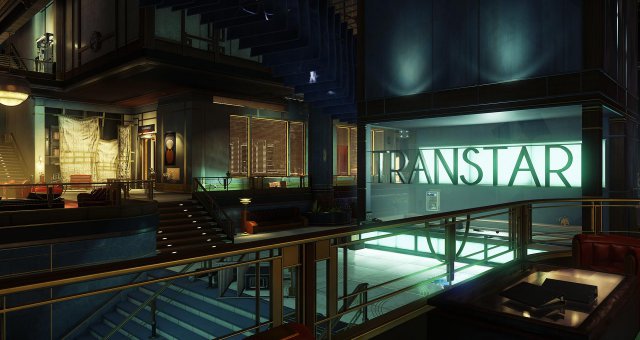 Always have a few recycler charge, recommend having a point in Mimic Matter.

If a door is barricaded by liftable object:

If a door is barricaded by unliftable object:

If the door is completely sealed and you don’t bother finding the password/code.

Try get to the roof:

If you want to get in a teller counter. Stand on the counter, place a throwable on it, mimic it, slip in.

Prey – All 6 Guns & Earliest Ways To Get Them

These quick guides go over how to obtain the Shotgun, Q-Beam, Silenced Pistol, Gloo Cannon, Disruptor, and Boltcaster as early as possible in less than 10 minutes! Other Prey Guides: […]

Prey – How to Enter the Beams & Waves Lab (Q-Beam Weapon)

A video guide on how to get into the Waves and Beams Lab, where you can find the Q-Beam, one of the best weapons in the game. Other Prey Guides: […]

Prey – Tips and Trick for Newbies

This is my 10 tips and tricks for first time players wanting to try Prey, or if you’re getting stumped at the games mechanics. This assumes as well that you […]