To progress along Rhom, you need to obtain a howling key from either Claviger or The Harrow. The howling key must be placed at the altar in between the burning pillars that is roasting the door of the undying king’s tomb. 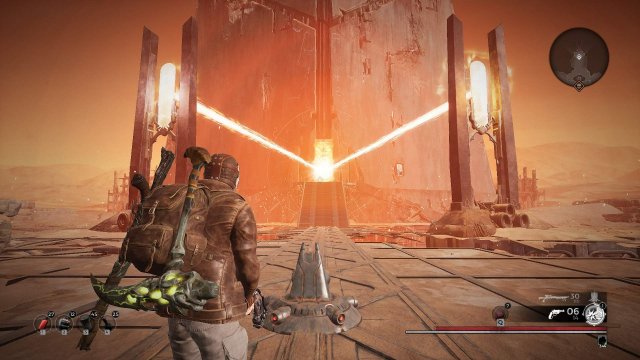 Upon reaching the tomb, you can decide if you want to fight or help the king. Either option would result in you obtaining the labyrinth key to be used in the labyrinth to progress in the story.

* You could choose to fight this boss or not! Either option results in you obtaining the labyrinth key.

The fight is quite challenging! 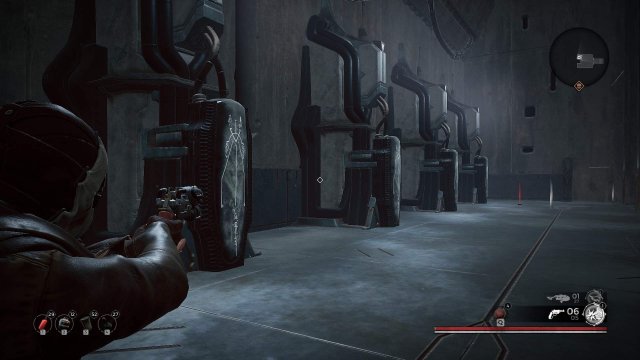 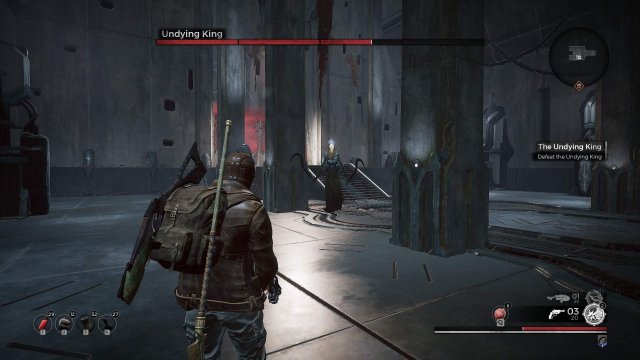 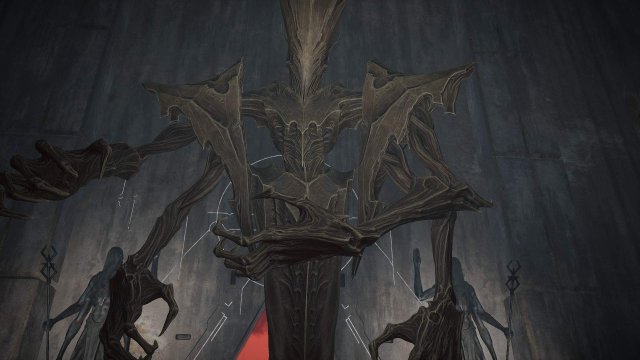 * This fight is tedious to say the least, you might need to bring ammo box in case you run out of ammo.

Rewards: Stone of the guardian ( Make sure to have on ad alive when claviger spin the plaform).

Alternate Reward: Void silver (( Make sure to have no ad alive when claviger spin the plaform). 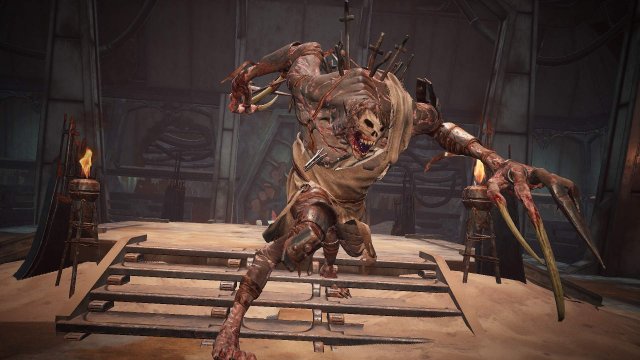 The Harrow will charge at your location when you are at a distance, wait until he is close and dodge forward. Try to fire at its legs as this will stagger him. If you fire enough times at his legs, he will fall to the ground, if you run behind him you can grab the Lost Harpoon weapon.

Note: If you grab the Harpoon, then die, you will have to repeat the process. Unlike some other alternative boss rewards, the ‘Harpoon taken’ state is not persistent between attempts.

When close, it will perform a three hit combo that can deal high damage, try to dodge forward and stay behind him. When you deal enough damage, he will run away and spam ads. Try to defeat the ads before The Harrow returns.

Reward: Thermal Geode (You have to kill the Harrow without taking the Lost Harpoon.)

Alternate: Lost harpoon (Shoot him in the legs to stagger him a few times, and he will eventually drop to the ground. When he does, go behind him and grab the Lost Harpoon. NOTE: This is not a persistent state between attempts. If you die, you must repeat the process to receive the Harpoon.)

A flying eye surrounded by flying skulls in a desert, what could go wrong? 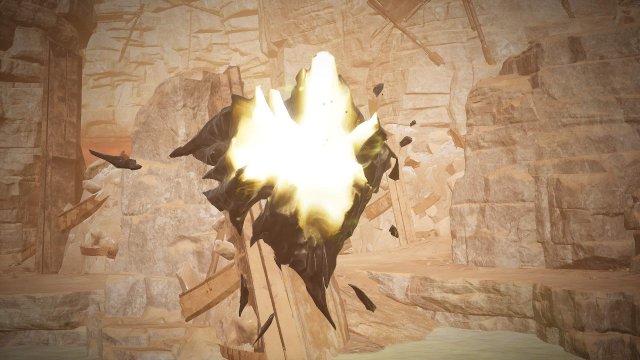 * Fun fact: The boss hide under the water to cool down.Reward: Sentinel ShardWeakspot:Yellow core when opened. 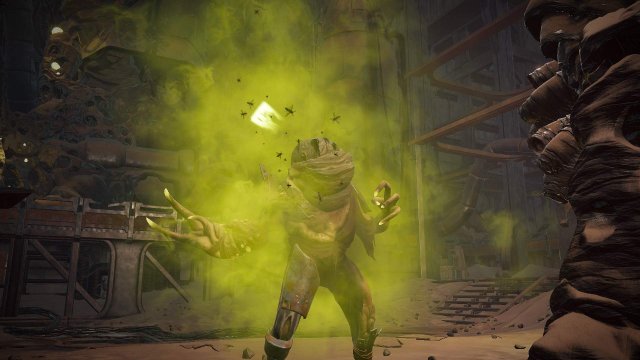 Yeah, remember the hives? Now you have a bigger one to deal with.

Scourge will chase you around the room trying to hit you with its claws. Try to stay near the structure in the middle running in circles, when he gets close you will see it remains still and his arms start growing, you can jump backwards to avoid his attack and take a couple of shot on him. Every time you shoot him hives will spawn from its head, try to use a high damage weapon to spawn fewer hives. Scourge will also occasionally protect itself in a field and conjure many hives. You can hide inside the tunnel of the middle of the room but beware, as some hives may still reach you. You can also try to lure him inside and fewer hives will spawn.

Remember to use the Heavy Water Elixir when you are Irradiated.

If you are having problems avoiding the hives you can use Adrenaline to run faster. 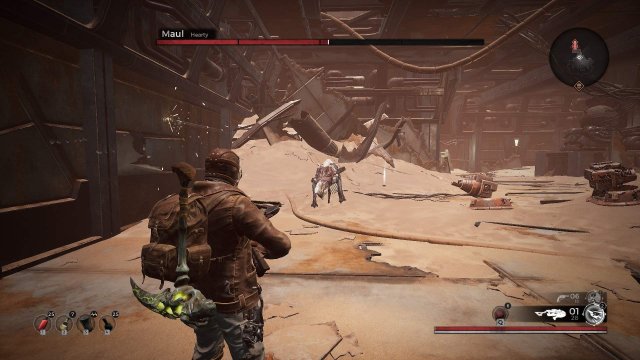 This boss is accompanied by lots of hounds. Don’t let them backstab you when you focus on the boss!

Alternate: Headshot the houndmaster (below) for a control rod to be placed in ancient construct. 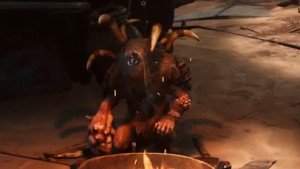 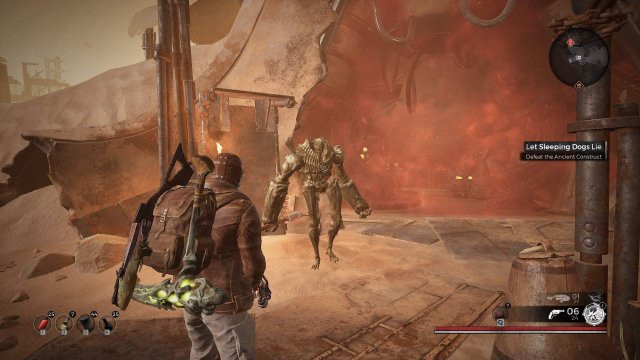 Location: This boss is not located in a dungeon, instead it is located near the Rhom merchant Wud. That dude that sell you ossiris armour and that black sun ring, that dude that wears a eye cloth on it face, that dude with a injured good boy beside it.

To summon this boss just simply place the control rod into the construct. 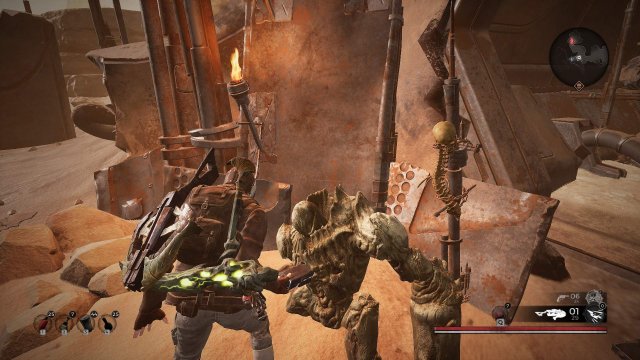 Ancient Construct can periodically summon automated turret that fire at you. When this happens, focus on destroying them as soon as you can.

When at a distance, it can cast a radiation ball at you, dodge it to either side. It can also charge at your location and strike with the spear. Dodge him to either side.

When at close range, it will attack you with the spear. Dodge backwards and keep firing at him. 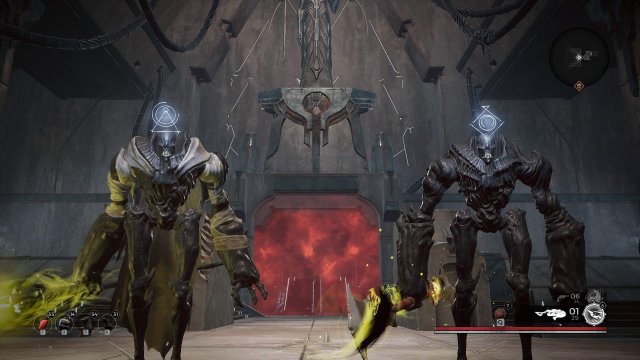 The best strategy is to focus on Shade first while dodging backwards when Shatter gets too close. This way you can focus on avoiding Shade projectiles. When they perform the combined attack, try to deal with the enemies before destroying the force field. You can Also hide in one of the corners and sometimes the radioactive balls won’t reach you giving you time to restore your health and removing radiation by using Heavy Water Elixir.

Once Shade is defeated you can focus on Shatter without worrying about projectiles. Just dodge his attacks and shoot while it recovers.

*Side note you could enter the force field but you would take DOT while in it.

Remnant: From the Ashes – One Shot One Kill Build (High Damage Sniper Build)

A guide about weird builds in remnant, me and a friend make them and try to make them as interesting. Other Remnant: From the Ashes Guides: All Traits Guide (How […]

Remnant: From the Ashes – Traits Guide with Pics

Most of the traits and how to get them or at least my ideas how to do it. Other Remnant: From the Ashes Guides: All Traits Guide (How to Unlock […]