A short, easy and funny guide how to form the Byzantine Empire in Man the Guns.

After many tries, I finally did it. I managed to create Byzantium.

So here is how I have done it and I think it’s possibly the easiest way, without using any major exploits or cheesing the game mechanics too much. So here’s my guide. Enjoy!

(If you just want a short version scroll to the bottom)

The problems we face:

The Ideal situation you want is:

Remember: You don’t need to own the states you just need to occupy them.

2. I’m not brave enough for politics

5. Bring Illyria back into the empire

8. You call yourself romans?

10. Turkey is too strong

Welp this is it. It worked fine for me but you will restart a few times, since the RNG can really ♥♥♥ you up. 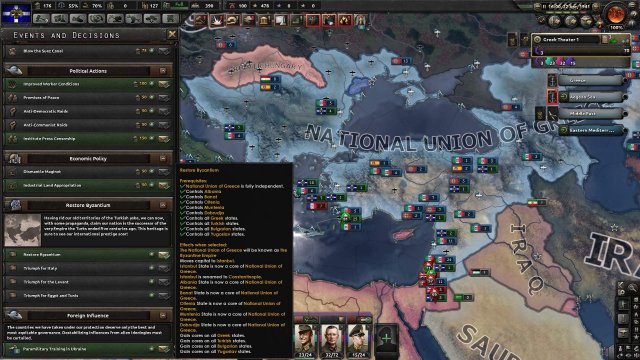 If you are bad at hoi4 or just starting out, this guide is for you, my friend. Guide for New Players Why Hoi4 is so hard? Hoi4 is a game […]