A Guide to equipping your starter ship to greatly improve performance.

This article is going to cover how to equip your Vanguard SE, Corvette SE or Voyager SE in an affordable way while increasing it’s performance by 50-200% in many regards. 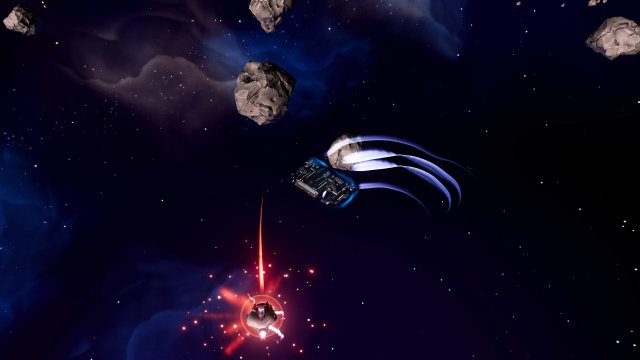 So you’ve been grinding and exploring the galaxy in your ship for a bit and are wondering if there are ways to spice it up a bit, well you’re in the right place. This article will cover upgrading your Vanguard SE, Corvette SE or Voyager SE using standard modules to replace the GFI modules your ship came with. Often times you can see performance double, triple or more when moving from a basic GFI module to a mid-tier module from a commercial manufacturer.

This isn’t meant to be a strict guide and there are many options out there for outfitting your ship but this will give you a good idea of the direction you want to go in. You also do not have to add all of these modules at once, oftentimes just adding a couple modules to work alongside your standard GFI modules can provide a noticeable difference.

The Vanguard SE is the most basic starter ship and with only 2 hardpoints and 6 module slots you are limited in the performance you can push out of it. However, equipping standard modules can greatly extend the life and utility of the Vanguard SE and greatly decrease the time it will take you to grind out your next ship. 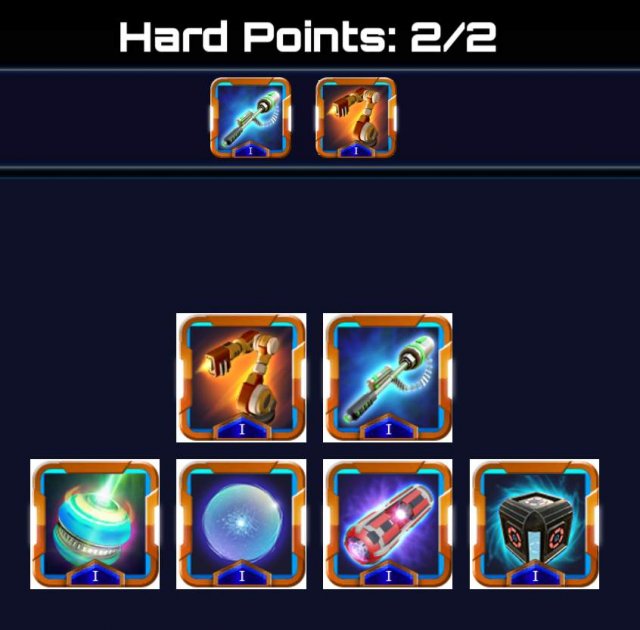 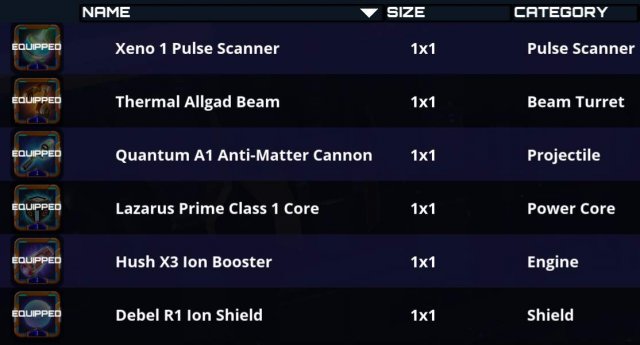 For the two hardpoints I went with a Thermal Allgad Beam and a Quantum A1 Anti-matter cannon. You can also use an Astral Galtride Borer here as a mining beam for similar performance and cost. The Quantum A1 was chosen as the lone weapon because it gives some of the best DPS for the lowest power usage. Additionally, the Quantum A1 also gives Exotic damage which means it is effective against both shields and hulls, a crucial characteristic if you are only running one weapon. Moving from the GFI Laser Cannon to a Quantum A1 will drastically reduce power drain, almost double weapon range and increase DPS by 20%+.

For the scanner you can use any 1×1 mining scanner, the Xeno 1 Pulse is the best all-around scanner currently available but if it doesnt fit in your budget you can also use a Base Alpha 1 Scanner or Common Core CJ scanner.

The Lazarus Prime Class 1 is a nice lone power module because it increases your total power available while also giving a minor boost to your Power Recharge Rate. You may be able to get by on a GFI Power Core here or an alternative is the BB Alpha Core Class 4.

The Debel R1 Ion shield was chosen because it gives 1600 Shield while using minimal power, the recharge rate is on the lower side though. Some recommended alternatives are the Debel Z1 or the Kindled R1.

The Hush X3 Booster is an optional module, you can put anything from a PGC cargo mod to a cloaking device here. I prefer the Hush X3 because it gives a 200% movement boost currently, meaning your Vanguard SE will now go 3 times faster in sublight than it does stock, a great advantage to have if you need to escape combat. 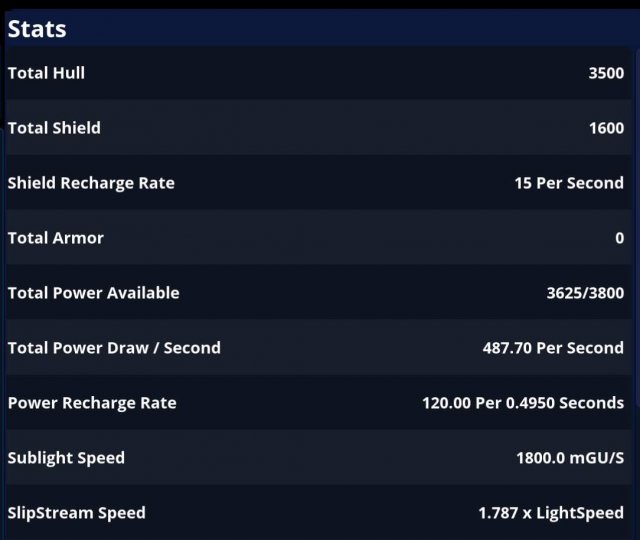 The next level up in starter ships is the Corvette SE, I’ve applied many of the same principle of the Vanguard SE to the Corvette SE build. For the weapon I have included a Reaper D1 Particle Beam as a potential option, it is a very high DPS 1×1 weapon but also has a high active power draw. Fortunately the Corvette SE has enough module slots that you are able to counter this power draw.

On the power front we have a Lazarus Prime Class 1 core, a BB Alpha Core Class 4 or a GFI Standard Power module would work as well. We also have an Apotheosis 99 Dual-core, this is the only power recharge module I would recommend running on a ship of this size as it has the greatest effect and does not negatively impact any of your power stats (for more detailed information on power balancing check out our power balancing guide).

This ship has enough module slots that you have 4 option module slots that you can equip as you would like. I have included the same Hush X3 from the Vanguard build to provide a significant sublight speed boost, a Phantoms Cloak device to make escapes easier, a Miners Comfort V1 to boost HP by 1100 and a repair module so you can maintain HP without returning to a station. 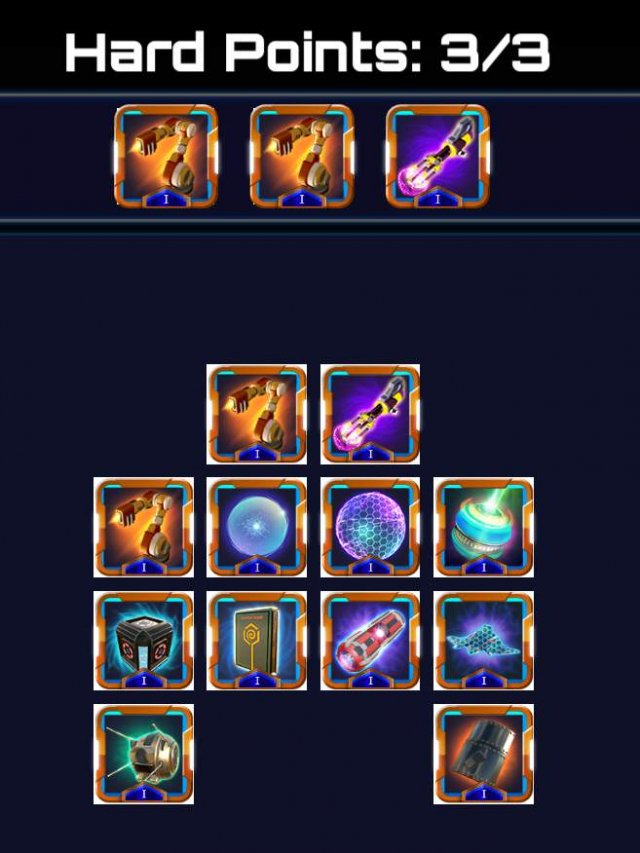 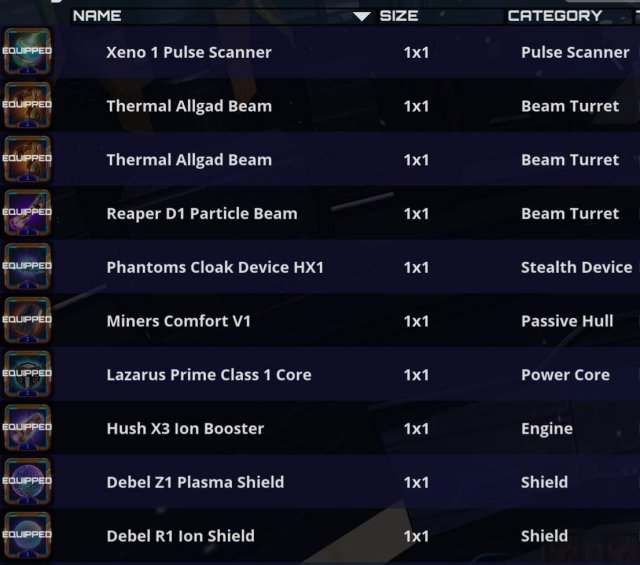 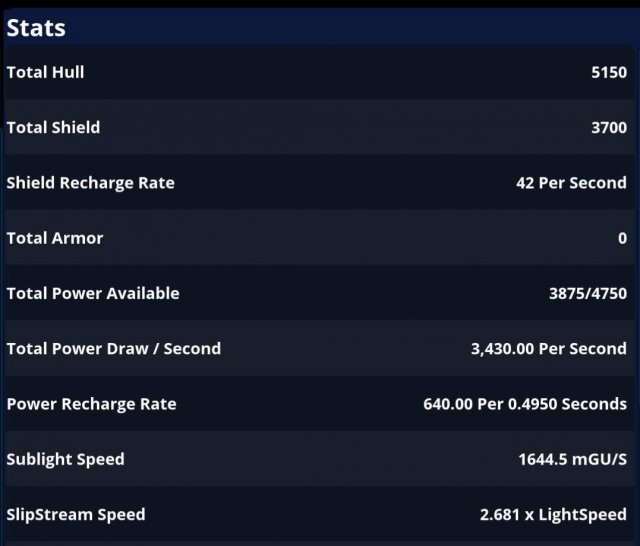 The last starter ship is the Vulcan Voyager SE, this is an incredibly capable starter ship. This build follows many of the same principles of the Corvette SE build while adding additional weapons and shields. For this build I would like to highlight the Reaper Viper V1 Missiles as the second weapon, this is a favorite weapon of mine due to its long range of 300 GU, since it is a projectile it is also much more effective at putting damage on target while in asteroid fields or surrounded by other objects. 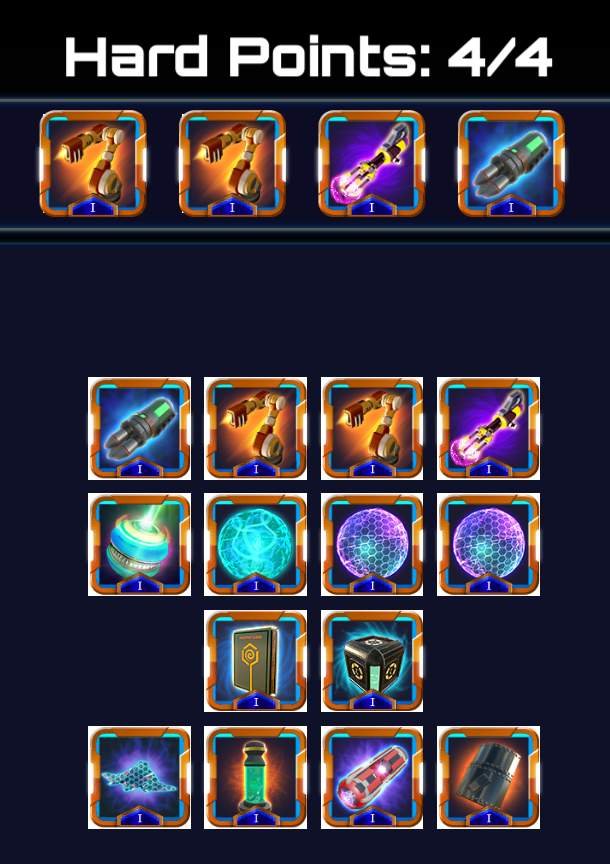 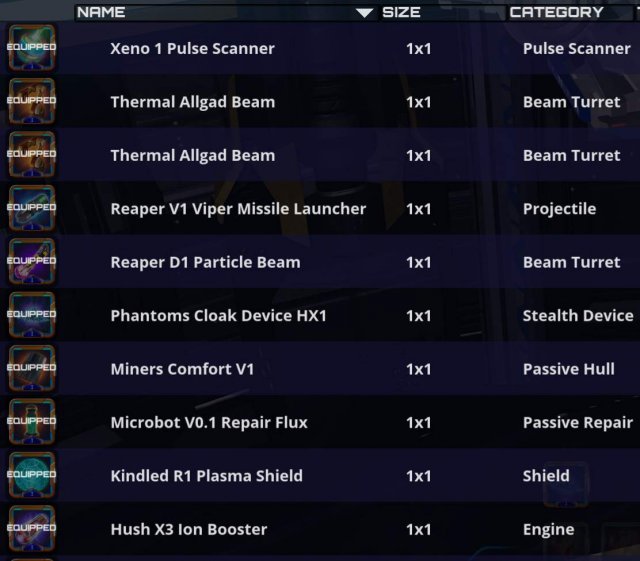 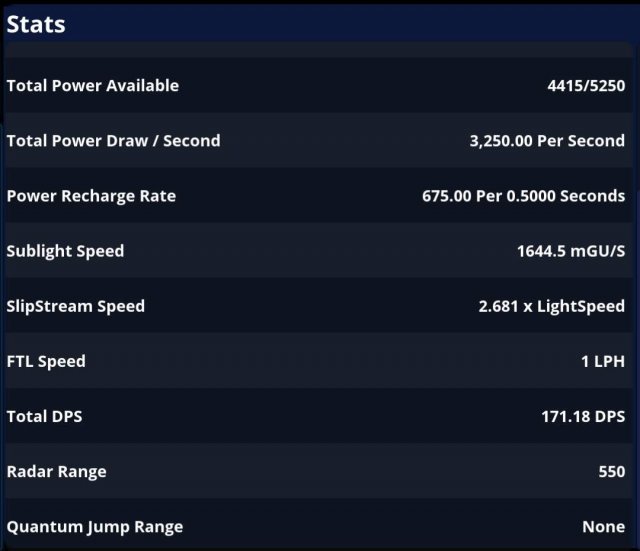 These builds are meant simply as a starting point for new players, they are not meant to be optimized builds or the best builds. Your build is going to vary greatly depending on your play style and what your goals are in the game. You will almost certainly discover new modules and builds that you prefer over these eventually but the above loadouts will give you a good all-around ship to start out with.

How to properly balance the power draw and recharge on your ship and how power modules work. Power Balancing One of the most difficult aspects of Crypto Space Commander during […]