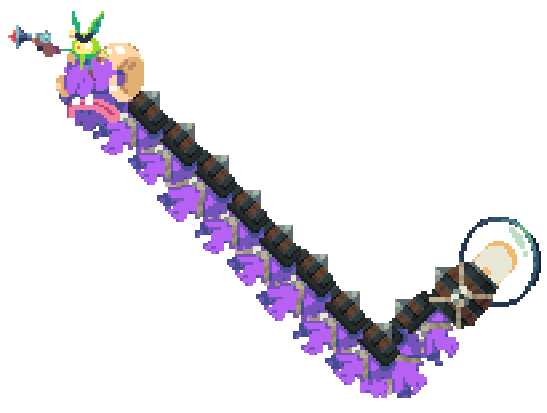 Attacks: Big Wool will travel diagonally around the room while Billy will shoot spreads of three bullets. Billy will shoot in either a clockwise or counterclockwise pattern, but will not shoot after the bubble has been popped around Big Wool’s weak point. Big Wool will drop explosives when the bubble has been removed, and these explosives will release four bullets traveling in different directions upon exploding. Every 30 damage, a segment of Big Wool will break, and a strange egg will be left behind. This egg will spawn two of the starfish enemies after a few moments.

Once Billy has lost about half of his health, he will start firing twice per direction he is facing before repositioning his shots. Once Billy has about 60 or so health left, he will continue shooting after Big Wool’s bubble has been removed.

Tips:
I honestly take damage in this fight more than any other boss, simply because I get bored of waiting around for it to progress. Keep an eye out and don’t fling yourself around the room without vision on Billy and the starfishes that Big Wool spawns! 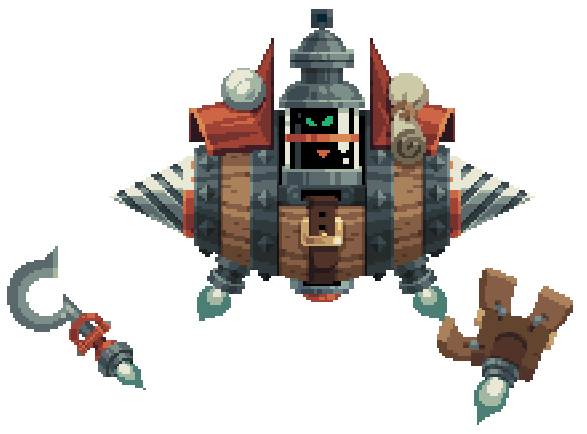 Tips:
Hugging the bottom right or bottom left corners leave you pretty safe until you have popped the bubble.
Prioritize the homing missiles when you are able to shoot them. 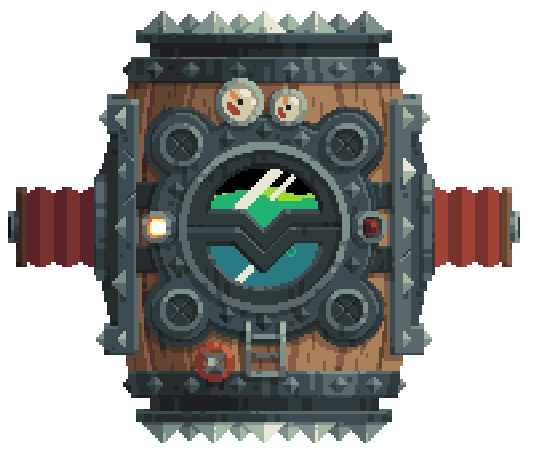 Attacks: Von Guu will fire two beams of slime at both walls, temporarily separating the top and bottom of the room in equal halves. He will slam the ground and fire globs of slime at the lower parts of both walls, and once he has reached his second bar of health or lower, he will always follow this up by slamming the ceiling of the room and firing out spiky targets to cover all of the rings.

Once both bubbles are popped, Von Guu will leave his machine and will fire a laser of slime that travels either clockwise or counterclockwise around the room multiple times. Once Von Guu is down to his final bar of health, his machine will be destroyed and he will teleport around, firing a spread of three shots of slime at the player each time he materializes.

Tips:
Wall jumping can really make this fight a breeze; you can pretty effectively stay out of harms way if you just stay in the top left or right corner until you have had an opportunity to pop both bubbles.
The laser is really hard to read, and I’m still not 100% how it works, but I have noticed that if I swing over to the opposite side above his head when he is about to start firing, he tends to aim in the opposite direction. 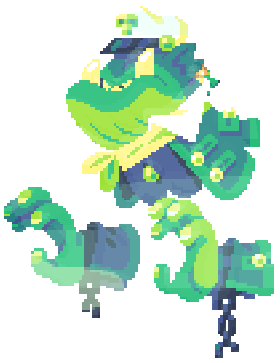 Attacks: Floats around the room in a set pattern and summons the ghostly counterparts of the pirates that just float in place. Only this time, they also move around instead of floating in place like usual.

Tips:
Generally, I find it easier to try staying in the air as the floor is covered in traps.
The rings don’t switch all that often, but just be cautious when they do.
Don’t forget that wall jumping is still an option! There are traps to watch out for on the floor and ceiling, but it’s fairly safe on the walls. 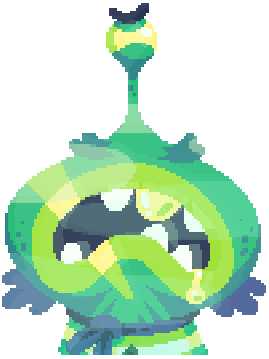 Attacks: Slams the ceiling using his tentacles. Does it often enough that it’s a bit trickier than it sounds.

Tips:
Be careful not to fling yourself sideways while hooking your way through the air.
Hug the wall and wall jump right as the fight starts as there is no solid ground until Horace is defeated.
Keep an eye out for the tentacles at the bottom of the screen, as they will indicate where he is about to attack. 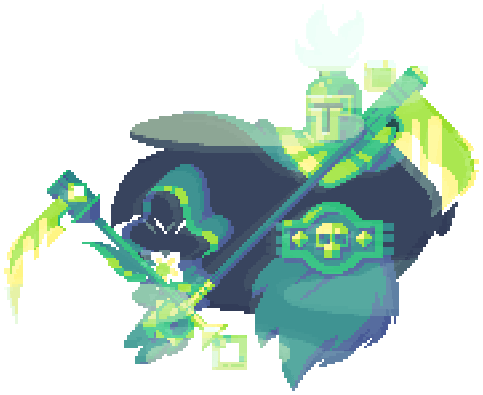 Attacks: The two of them have the same exact attack patterns, but they each will appear one at a time. They can appear at any corner of the arena. Once they appear, they can either disappear quickly, throw their scythe around the entire arena, or slash diagonally across the arena.

Tips:
Stand back until you see an opening; the best time to attack is when they have just thrown their scythe around the arena.
If they are in the air, stand directly below them. If they are near the ground, stand opposite them and be ready to move if they throw their scythe. 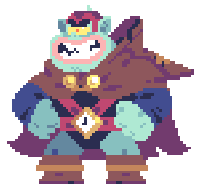 Attacks: Gwarlock does not do any attacking himself here, but instead calls wave after wave of ghostly enemies to attack the player in his stead.

Tips:
You have to endure 16 waves of ghostly enemies in total (even with the Sawft Perk equipped), so try to play it safe. You’ll be healed for 85 health after completing this phase, but you have to get that far first!

Attacks: Gwarlock will occassionally fire off a large number of bullets that travel outwards in a circle around himself. He will punch his arms together, and his eyes in which direction he will do so. He can also summon spikes that cover a large amount of space, but, again, his eyes will show where exactly the spikes will be springing out from. Whenever he closes an eye, he will shoot off a large deal of bullets that can be pretty easily sidestepped.

Tips: Keep an eye on where he is looking, especially if he fades into the background a bit.
As there are no traps of any kind and the fight stays basically the same throughout, there’s no need to rush it. You can take all the time you need to adjust yourself to his patterns of attack.

Flinthook – All Black Market Upgrades and How to Unlock Them

Other Flinthook Guides: 100% Achievement Guide. All Bosses and How to Defeat Them + Endings. How to Find the Secret Dev Room. What are Bounties? Ship Types. ContentsBlack Market Upgrades […]

Other Flinthook Guides: All Bosses and How to Defeat Them + Endings. All Black Market Upgrades and How to Unlock Them. How to Find the Secret Dev Room. What are […]

Other Flinthook Guides: 100% Achievement Guide. All Bosses and How to Defeat Them + Endings. All Black Market Upgrades and How to Unlock Them. How to Find the Secret Dev […]