This guide is a collection of useful tips and tricks that will surely help you to make your permanence on the Talos I Station less painful and more liveable. If you are starting out the first time or maybe a new playthrough, you will always find something useful here.

Section 1: About Weapons and Combat 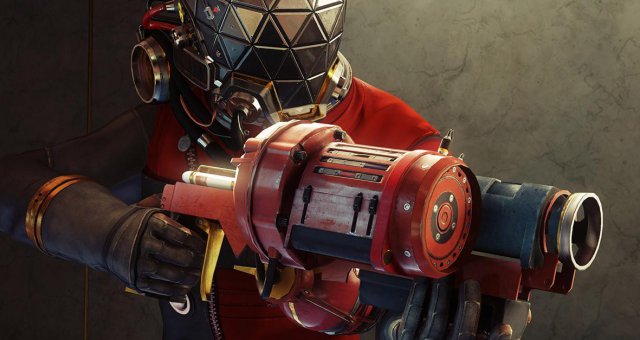 Section 2: About Skills and Powers 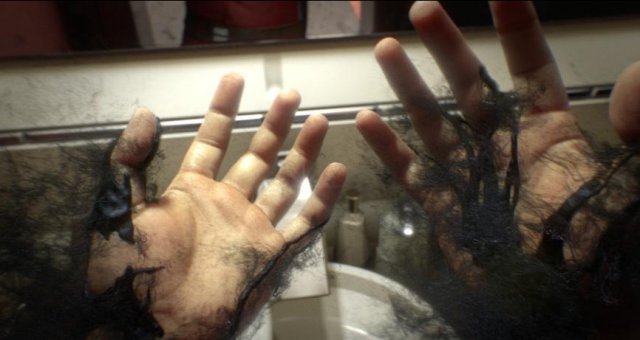 Section 3: About Resources and Items 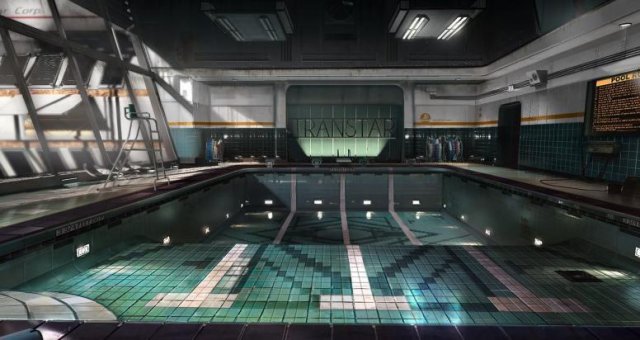 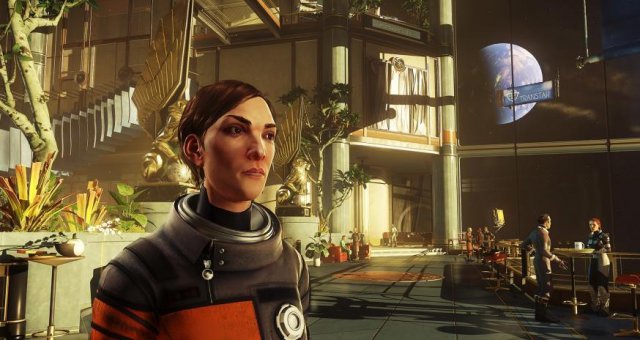 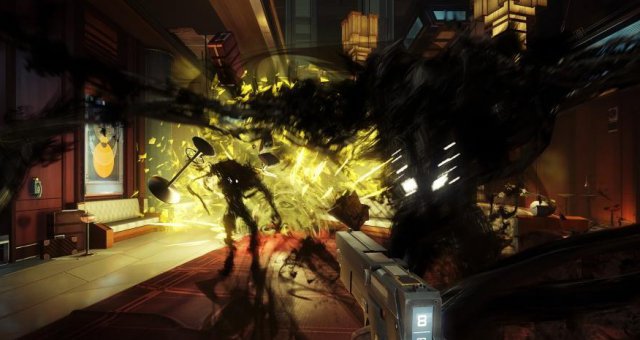 Basic and Advanced variant of the most common enemy. Mimic is a four legged small creature that can take the shape of small sized items, becoming hidden from you, and then attacking when you get too close in a moment’s notice. Very fast. You can spot them if you find a certain tool, even when hidden. Basic ones can be dealth with Wrench without problem, Greater ones are much more resilient and have a jump attack that will make them stick to your face, use wrench when there is only 1 Greater, otherwise if you are not melee-oriented use Powers or Firearms.

Human-like bipedal creature. It has a ranged psi-blast attack which fires a fast yellow energy ball that deals high damage, a dash skill to close up distance fast or escape rapidly, and a melee tendril attack. Recommended using Powers or Firearms. Disable with Mindshock to suppress Dash and Ranged attacks, making it much easier to kill. Shotgun works very well as it can knock it down.

Upgraded version of Phantom, has all its skills but is more resistant, and when it dies releases a damaging small area of effect that lasts some time. Use Mindshock and Combaat Focus to destroy it quicly without giving chance to counter attack or escape.

Electrically charged Phantom. Immune to any electrical damage. Can charge allied Mimics or Phantoms to give them the power of lightning, making them immune to lighting and also giving bonus damage. Kill it quickly and possibly when isolated. Hitting it with Wrench will NOT give you electrical shock. If possible disable with Mindshock and equip Anti Electrical modification in your suit to reduce damage. It can also transfer current in conductive surfaces.

Fire based Phantom. Immune to all Flame damage. Attacks with fireballs that deal high damage. Sets on fire any flammable surface it comes in contact with. Staying near it will damage you over time because of heat. Recommended fire protection module to reduce damage, recommend engaging at a distance, if possible trap him with Gloo Gun then hit hard and fast.

Cystoid Nests will trigger when anything non-Typhon moves near them, releasing a quantity of Cystoids, kamikaze suicide Typhons that will explode dealing energy damage and inflicting high radiaton doses, leading to radiation sickness. Throw objects towards nest to trigger it to atatck the object, 2-3 items thrown will foten be good to deal with Cystoids as they will explode against the item. If they are following you, Gloo Gun shots can explode them, any weapon 1-shots them. A Nest can be instantly destroyed with a Mindshock hit. Making a Cystoid Nest friendly will cause cystoids to attack enemies, sometimes works some other no.

Operators of various types corrupted by typhon. Can be hacked while Stunned with Hacking 4 Skill to make them your friends. Mechanical enemy, Stun Gun or electricity based abilities recommended. Can be knocked down by Wrench even if it flies. Only attacks at close range, has no ranged weapons.

NOTE: There is a rare type of operator, Military operator, which cannot be spawned but only found. This variant is much tougher and is armed with a military laser weapon, very dangerous, disable immediately with electricity and then hack or destroy. If not corrupted it will be your friend and attack Typhons.

The bigger variant of corrupted operator. It is a large and armored enemy which can spawn Lightning Orbs near you that will shoot lightning, and do moderate damage. It is escorted always by corrupted operators, and around him has 2 Turrets under his control. A true flying fortress, it is a very dangerous and powerful enemy. Throw a EMP Grenade to disable turrets, operators and leave him stunned, then quickly dispose of his minions while casting Mindshock on him or using a Nullwave Grenade near him to disable his powers. Electrical damage highly effective against him and all his minions. Recycle Grenade also effective todestroy all EMP disabled minions on one shot around him, and deliver it great damage.

Enemy that controls nearby humans if present, and use them as walking bombs with massive damage. Humans can be killed by any means or stunned via stun gun or certain Psi skills. Telepath is a powerful enemy, but can be disabled with Nullwave or Mindshock, if he is disabled he will quicly try to escape then come back with powers ready, so quickly attack him when psi.disabled as he has no power. Psi disabling him will still enable it to control the minions. It can fly very high, has high health. Uses homing purple orbs as attack whcih damage and will disable your psi-power if they hit you, very dangerous. Recommended Stun Gun shot after disabling powers so you can shoot him without him running all around and out of range.

Large enemy surrounded by a yellow-golden aura. Always has a shield which will nullify some of your attacks at him. The shield is destroyed if Mindshock is used agaisnt him, he will try to escape if disabled. His only attack is very powerful, as he can create Phantoms from human bodies and even spawn quantities of Cystoids from itself, directing them at you. Act fast, fist mindshock to disable shield and power, then Stun Gun to immobilize, finally Shotgun or any high damage weapon to kill quickly. If it spawns cystoids retreat and eliminate them without it noticing by throwing stuff at them, then when he is alone again, attack.

Unique enemy what will come back multiple times after a certain event. If you kill him he will come back. After 2 minutes and 40 seconds he will disappear, if you manage to stay alive. Hide in maintenance tunnels, small places and rooms, security rooms to evade him easily. His attacks are a ranged barrage of psi spheres that will deal great damage, and a melee stomp that will deal enormous damage, probably insta-kill you. Never go near him. If killed delivers great quantitiy of Typhon material for crafting but it is not worth the ammo or psi to kill, as it has immense health.

Bethesda released the full list of Prey’s achievements and trophies for all of you completionist players out there. As with any comprehensive achievements list, please be very aware that there […]

A basic demonstration the crafting system in Prey and how to use recyclers and fabricators to break down and craft items. Other Prey Guides: 100% Achievement Guide. All 6 Guns […]

Prey – All 6 Guns & Earliest Ways To Get Them

These quick guides go over how to obtain the Shotgun, Q-Beam, Silenced Pistol, Gloo Cannon, Disruptor, and Boltcaster as early as possible in less than 10 minutes! Other Prey Guides: […]