Talking to Vasco, he mentions a cabin boy that hasn’t reported the last few days and he is beginning to worry. He tells you they will leave with the tide no matter what, but he would appreciate you at least looking into the matter. Further questioning about Jonas (the cabin boy) will reveal he has two close friends in the Nauts, you may want to start there.

Talking to the Nauts

There are two friends you can talk to, both are located near the port. 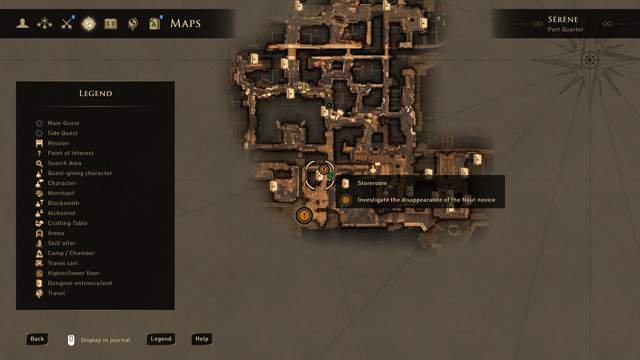 Flavia: Located in the store room

Lauro: Located at the Docks 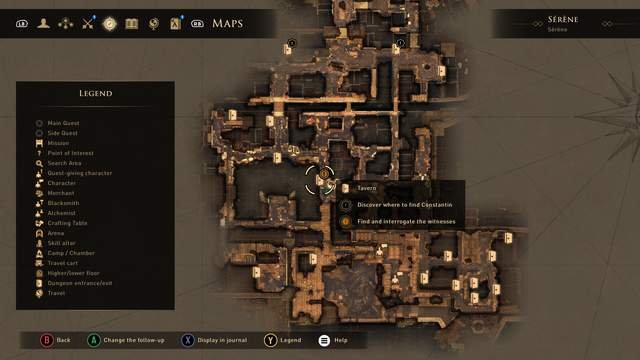 The Regular can be found where he always is, at the pub. Talking to the bar keep will reveal he is at his table awaiting the next game. He remembers the 3 Nauts, says that Jonas was talked by some men who knew Mr. Fontaine. With that lead, go to the Fontaine residence to confront them about the alleged kidnapping. 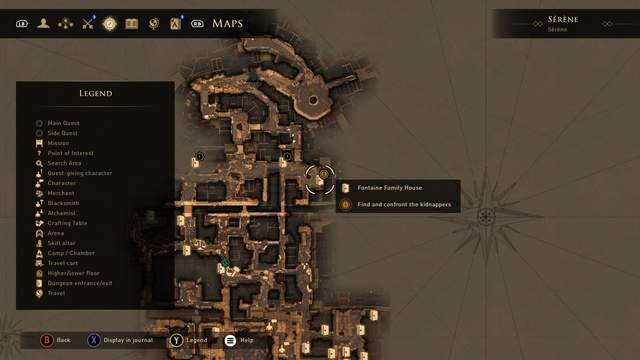 The Lady of the house insists that this is a misunderstanding. Jonas is actually their son who was stolen by the Nauts at a young age by a shady contract. This makes things..difficult. Return to Vasco to question about the contract.

Return to Vasco at the port to question him about the contract. Vasco confirms the contact but says the Fontaine family is distorting reality. They knew very well they sold their son to the Nauts when Mr. Fontaine signed a contract for exclusive rights to trading with them. He may be having regrets, but that doesn’t matter. He explains further that Jonas doesn’t know these people, the Nauts are his family and they are stealing him away from the only family he actually knows.

Return to the Fontaine residence and speak to the servant. She will offer information for a bribe, but if you don’t feel like coughing up some gold for the working class you can find a note with his location on the dresser behind her. [Picture of Letter] Travel to the warehouse where Jonas is being held. If you go around the back you will see a wall covered with white scrapes. You can climb this wall and gain access to the warehouse. There will be two guards located back here, you can sneak past them but fighting them will not alert anyone down in the cellar where Jonas is held.

If you have the lockpick talent you can open the cage and sneak out with Jonas, otherwise you will have to Fight Mr. Fontaine and his two guards in the next room for the key. A tragic end to a broken family. Return to Captain Vasco to make sure Jonas has made it back to the ship. He will thank you for your generosity.

Guide to various quests and potential ways to solve them in GreedFall. I will also attempt to showcase where and how to obtain rare items and monsters! This guide will […]

Other GreedFall Guides: Achievement Guide. Quest, Item and Monster Guide. Disappearance Among the Nauts Walkthrough. A Cure for Melichor Walkthrough. All Attributes with Benefits. All Classes List. GreedFall is a […]

Other GreedFall Guides: Getting Started! Achievement Guide. Quest, Item and Monster Guide. Disappearance Among the Nauts Walkthrough. A Cure for Melichor Walkthrough. All Attributes with Benefits. Classes Each class has […]