This guide complete step-by-step walkthrough for the 12th chapter Lair of the Harpy.

Lair of the Harpy Mission Summary

Aurelia Hammerlock is sister of Sir Hammerlock and CEO of the Jakobs Corporation, is offering to pay you to leave Eden-6. Aurelia invited you to Jakobs Manor to negotiate. It’s almost certainly a trap. It’s also the only way to find the Eden-6 Vault Key.

Lair of the Harpy Rewards and Requirements

Listed below are the rewards and level requirements for completing the Lair of the Harpy Mission Objectives.

Lair of the Harpy Mission Objectives

Lair of the Harpy Walkthrough

Return to Floodmoor Basin and Speak with Wainwright 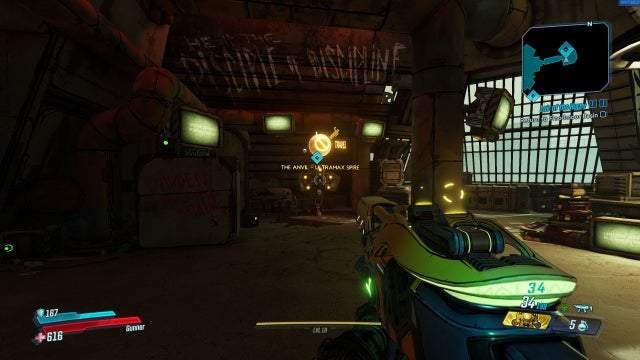 Make your way to Floodmoor Basin and speak to Wainwright at Knotty Peak. Talk to Wainwright about Aurelia’s request for you to leave the planet. 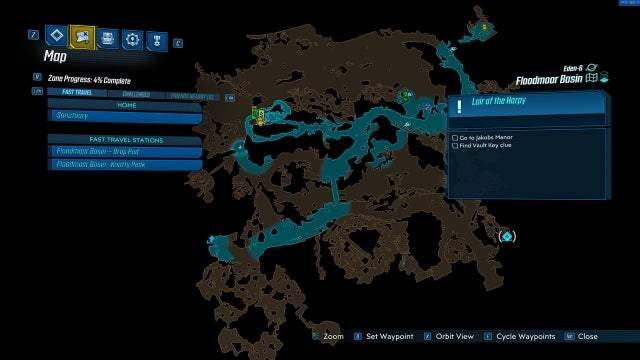 Head to the onscreen marker to reach the travel gate of Jakobs Manor. 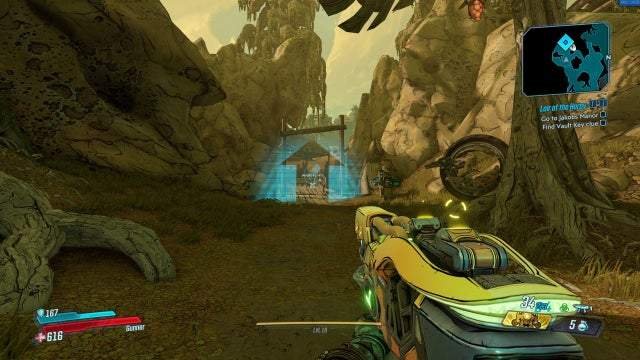 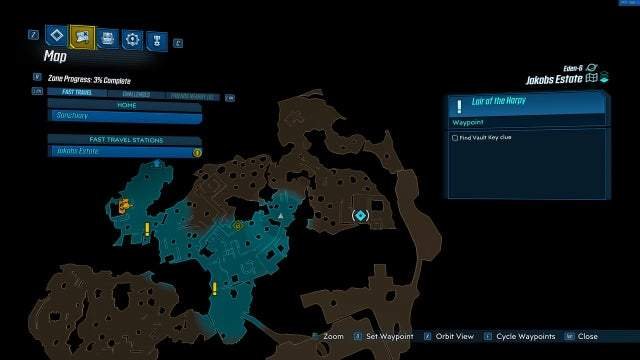 Make your way through the area, taking out enemies as necessary until you reach the location of the lift. Once you’ve reached the lift, press the button to the right of the lift to lower it. When it arrives at the bottom, jump on and pull the lever to head back up. 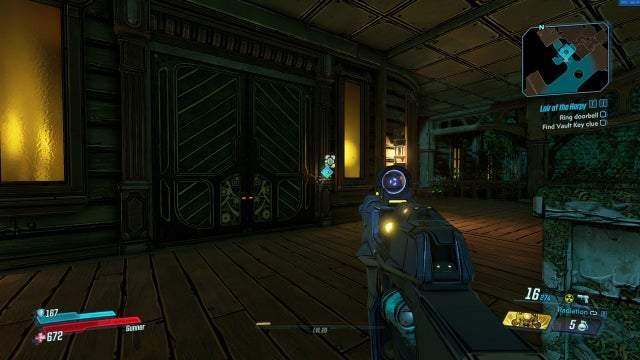 Make your way to Jakobs Manor and ring the door bell to be let inside the house.

Go to the Dining Hall 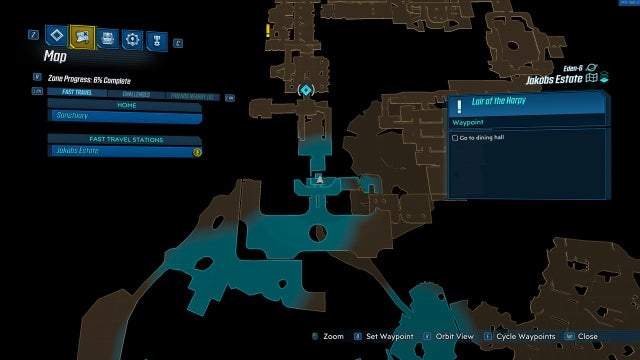 Surprise, surprise… it was a trap all along. A short cutscene will begin and reveal that that Aurelia has been working with the Troy and Tyreen. Thankfully, Wainwright distracts Troy and informs you to search for the Vault Key. 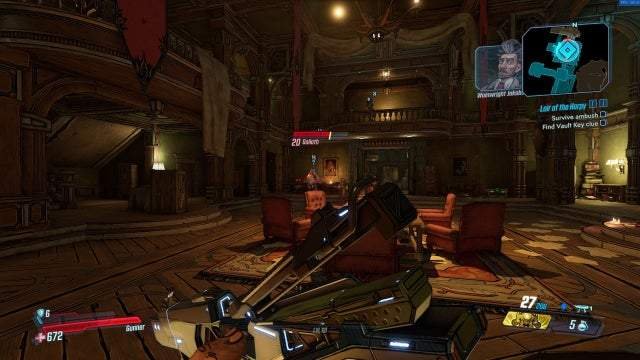 Once the cutscene ends, survive the ambush of COV forces.

Go to the Theater After surviving the ambush, make your way to the Theater. As you make your way through the Manor, you’ll encounter waves of COV forces that you will need to clear. 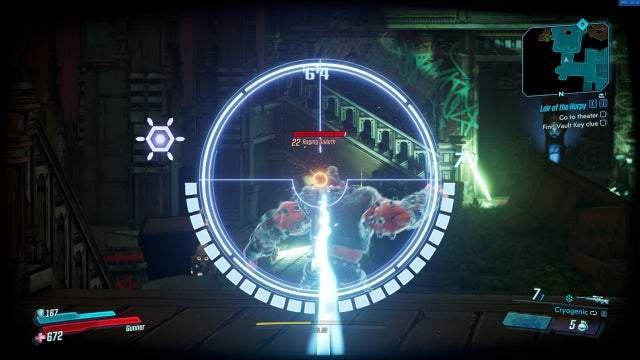 Once you reach the large Library, use the staircases to reach the top floor and travel towards the back of the room. As you near the back, a large Goliath will break through the wall. Defeat him and use the broken wall to reach the next room. 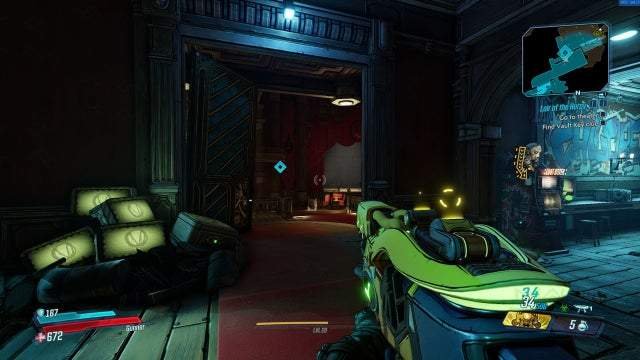 Troy finally arrives on scene and transforms a Goliath into an Anointed Goliath. Defeat him to reach the next part of the mission. 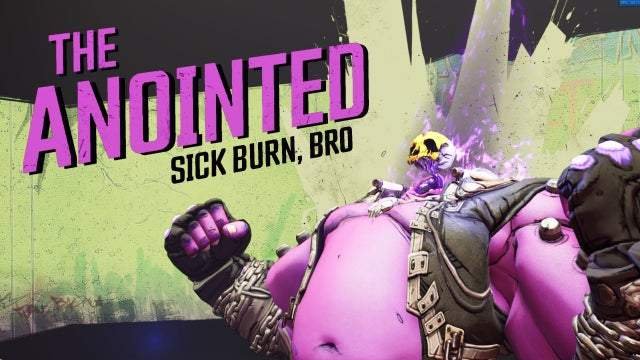 Make your way to the Projection Booth upstairs and search for the secret room. These props need to recreate the poster of Typhon DeLeon that can be found on the wall to your left.

Once you’re happy with the props, press the button again to unlock the door. Make your way to the stage and enter the newly opened trap door that leads to the secret room. Crawl through the gap and make your way through the secret room and interact with the skull that is sitting on the large bookshelf in the bedroom. 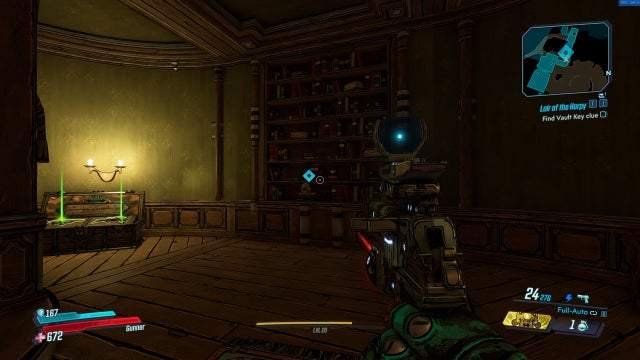 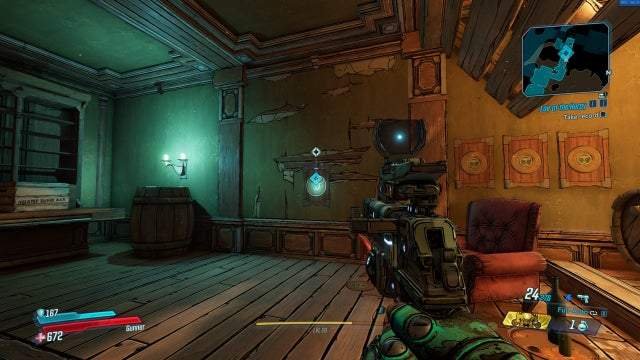 Enter into the Secret Room and take the Record that is hanging on the wall.

Exit Through the Cellar 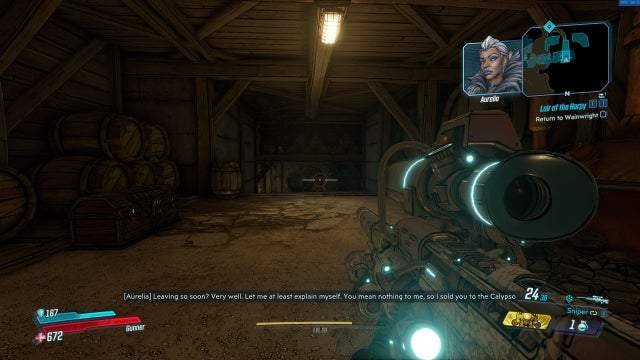 Make your way through the cellar until you reach the outside. You can now Fast Travel to Wainwright in Floodmoor Basin.

Speak with Wainwright at Knotty Peak.

Give the Record to Wainwright Give the record to Wainwright to finish the mission. 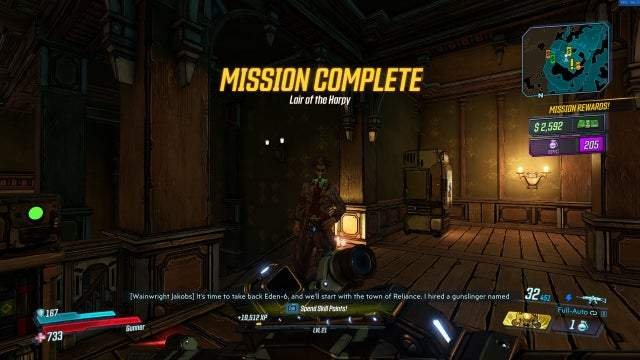 Tips and Tricks for Defeating the Anointed Goliath

Other Borderlands 3 Guides: Tips and Tricks. Borderlands 3 Shift Codes! Easter Eggs and References. How to Find Rick and Morty and Legendary Gun. All Eridian Slab Locations Guide. In […]

Borderlands 3 – How to Kill Shiv (Tips, Tricks, and Strategies)