Overview of the basic mechanics of STRAFE. 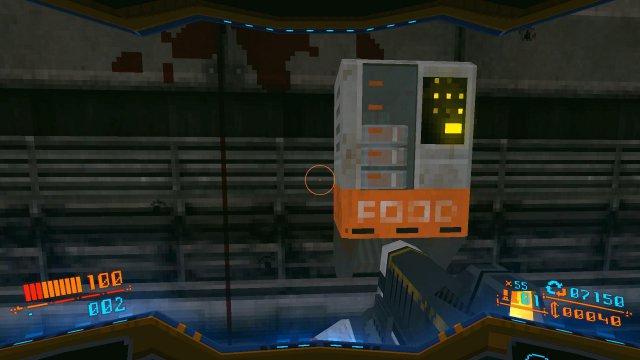 As you start a game of STRAFE your scrapper has 100 hit points. Lost hit points are recovered by collecting food tins, most commonly found in wall-mounted dispensers around the world or, less commonly, in wooden crates and other destructables.

There seems to be no hard ceiling on max hit points beyond the limits of the total number of food tins found in the world, which averages around 36. This puts the practical cap around 260, however luck can push this upwards of 300. 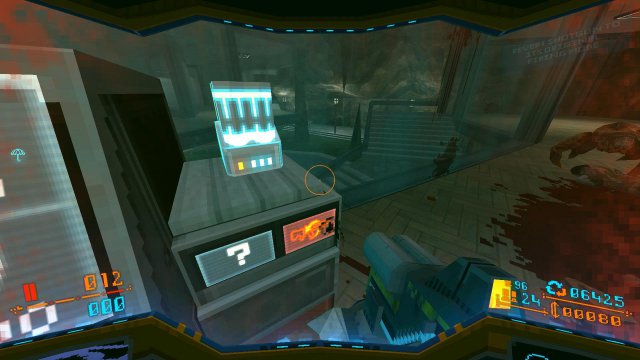 Armor is indicated by the blue number in the lower left of the player’s HUD. Armor is capped at a maximum of 100 at the start of the game, and there is no way to raise this maximum.

Armor in STRAFE® acts as an ablative layer. Damage taken is subtracted first from the scrapper’s armor, rolling over to hit points once the armor has been depleted. 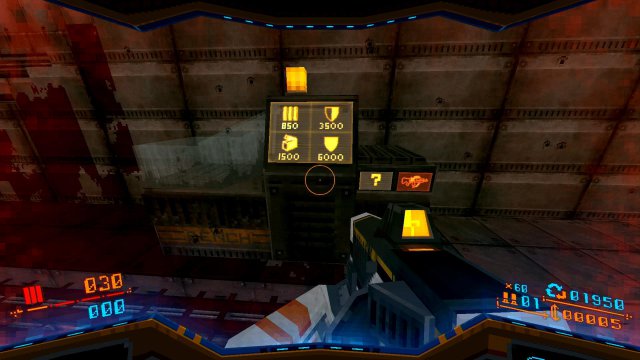 Armor is restored primarily through work benches, which allow scrap to be converted into armor modules. Rarely armor modules can be found in destructables through the world. At the workbench two options are available, with the higher cost option being a greater value than the cheaper option, providing 50 armor for 6000 scrap, where the same would cost 7000 scrap by taking the cheaper option. As there is a finite amount of scrap in the game, there is equally a finite amount of armor that can be bought, thus efficiency becomes a factor over the course of an entire run.

In MURDERZONE.EXE the costs at the workbench are linear, 3000 scrap per 25, thus there is no gain from saving scrap for higher cost purchases.

The only additional modifier to armour is the Shield upgrade bought from shops, which negates one hit before going onto a long (45 second) cooldown. 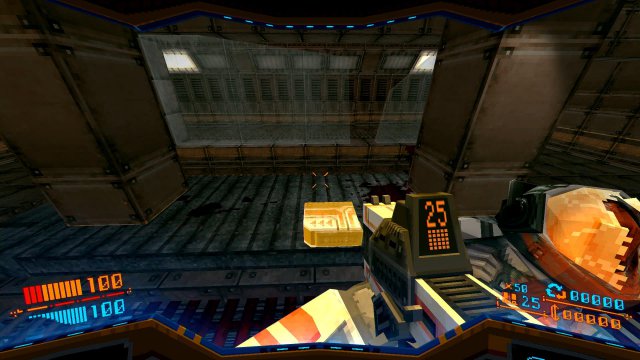 Because ammo is measured in clips, rather than total rounds, reloading mid-clip discards the remaining ammo in that clip. Equally, Clip Size upgrades from bonus chests and the Gun Duchess increase the capacity of all clips the scrapper already has, automatically increasing the total number of shots at the player’s disposal. The scrapper is capped at 99 clips of ammo for their primary weapon.

Secondary weapons come loaded with a single clip of ammo and, at the time of writing, picking up duplicates of a specific secondary weapon does not add extra clips or refill the current clip.

Ammo is refilled with ammo packs that can be bought from the workbench in a small pack (8 clips for 850 scrap) or standard pack (18 clips for 1500 scrap). Standard ammo packs are also commonly found in monster closets and destructables. Additionally, dead scrappers will occasionally have an ammo pack instead of, or in addition to, a secondary weapon.

Because ammo is rather common, and because crafting ammo at the workbench costs scrap that could otherwise be spent on armor, crafting ammo isn’t recommended unless the player has a surplus of both scrap and armor.

The first guide to finding the Hub Zone’s secret! Intro For months, the Strafe Twitter account has been hinting at an undiscovered secret hidden in the Hub Zone. Today I’m […]

STRAFE at face value seems like a fairly difficult game with a simple premise. Kill everything, Dont die! This is much harder in practice however due to the games permadeath […]