Who are the best players in FIFA 20? This guide will include information about various statistics in the game. 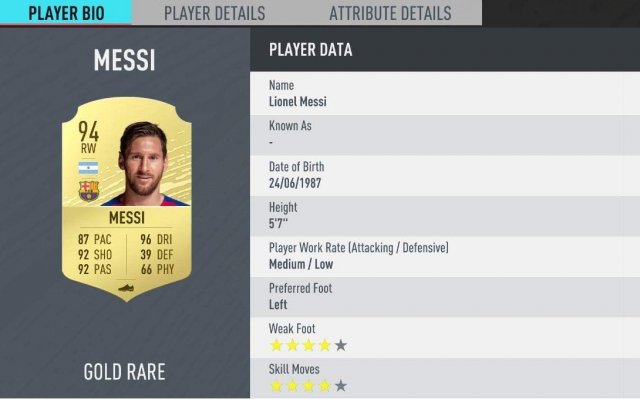 Barcelona’s Lionel Messi finally takes over as FIFA 20’s top-rated player, having shared the title with Cristiano Ronaldo last year. The Argentine boasts incredible stats, including a massive 96 in Dribbling.

You’ll also get some outstanding speed out of the right-winger due to his 87 Pace, while his 92 Shooting and Passing make him lethal in attacking areas. He’s someone you’ll definitely want to acquire in Ultimate Team, but don’t expect him to come cheap! 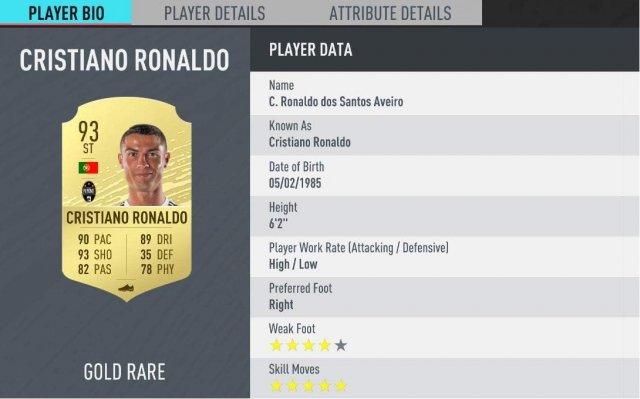 His overall might have dropped slightly, but Ronaldo remains a dominant force in-game. His 90 pace makes him a lethal threat up front, while his five-star skill moves eclipse that of Messi’s, allowing him to pull off sublime tricks in front of goal. 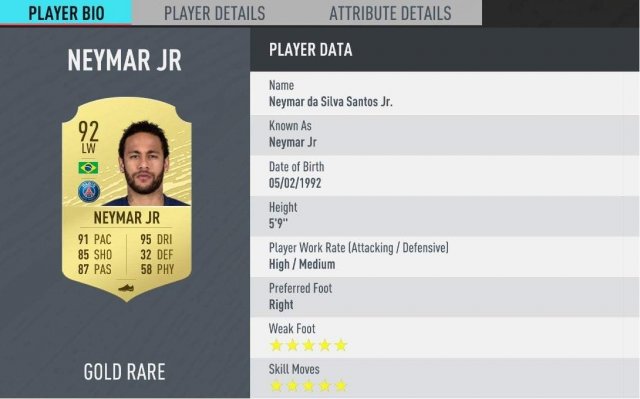 PSG’s Neymar proves the only Ligue 1 player in FIFA 20’s top ten, adopting an overall rating of 92. The Brazilian left-winger is a pacey talent, and enjoys five-star weak foot and skill moves abilities.

You’ll want to make the most of his 95 Dribbling and 85 Shooting when in attacking areas, as he’s a constant threat in front of goal. Just keep in mind that he’s not the strongest winger, with his 58 Physical stats meaning that he can be sometimes brushed off the ball. 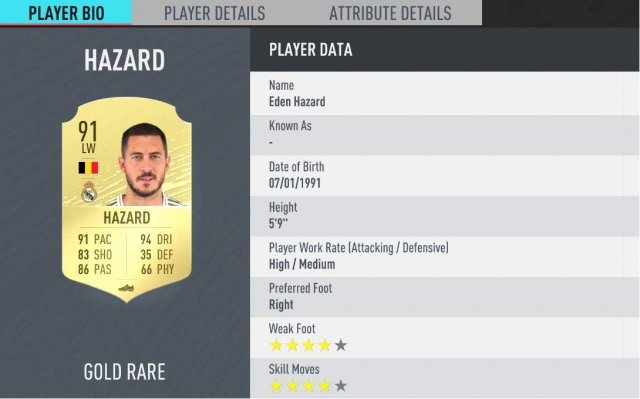 New Real Madrid signing Hazard retains his 91 overall rating from last year, with his best attributes being 94 Dribbling and 91 Pace. Like Neymar, he’s a speedster down the left wing in FIFA 20.

Some of Hazard’s other qualities include 86 Passing and 83 Shooting, resulting in an all-around attacking presence in the final third. The 28-year-old Belgian has made over 100 appearances for his national side, and won two English Premier League titles with Chelsea. 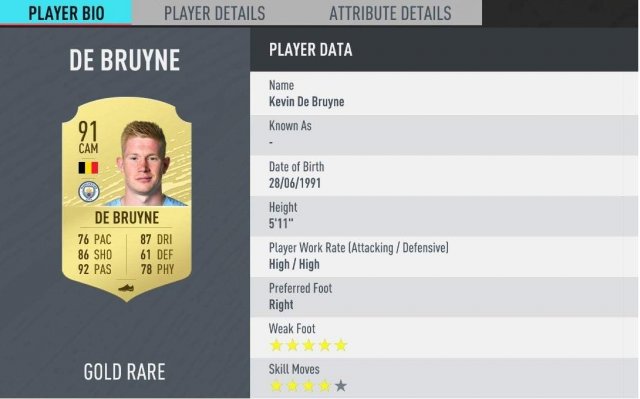 The best central attacking midfielder in FIFA 20 is Man City star Kevin de Bruyne, who enjoys a balanced set of stats in this year’s game. The most important of these are his 92 Passing and 87 Dribbling.

Like last year, he’s also a fantastic goalscorer, enhanced by his five-star weak foot abilities. You’ll even find him to be relatively good defensively, chipping in with tackles where necessary, and ultimately doing a variety of key jobs all over the pitch. 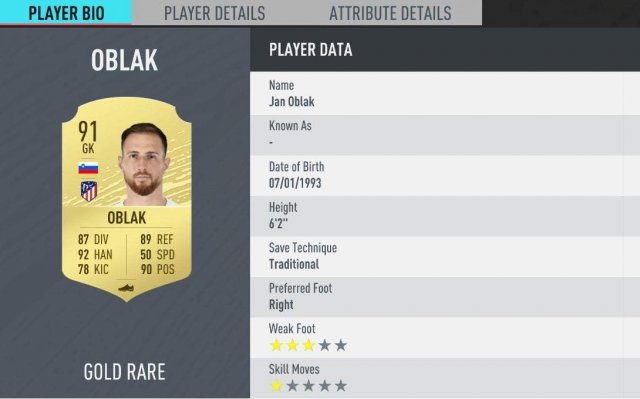 FIFA 20’s top goalkeeper is Atletico Madrid star Jan Oblak, who boasts an overall rating of 91. The Slovenia international joined the La Liga side back in 2014, and has since made over 150 appearances for the club.

Naturally, he exhibits excellent stats in Handling, Reflexes, and Diving, while his 90 Positioning also ensures he does a superb job in goal. You can always boost these attributes with Chemistry Styles in Ultimate Team, too, upgrading many of them to 99. 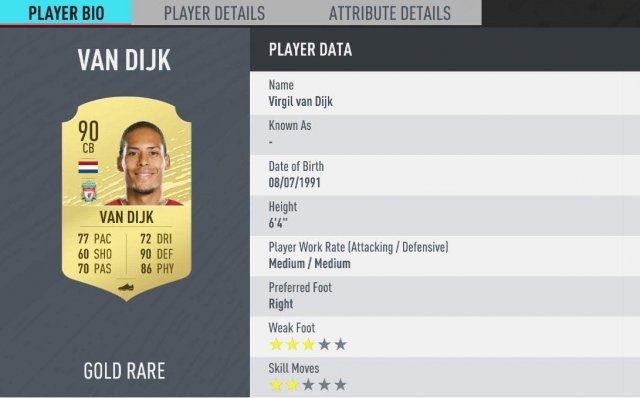 Everyone’s favorite defender from last year’s game proves even better in FIFA 20, with the Liverpool and Netherlands star seeing his overall rating and defensive skills upgraded to a 90.

Van Dijk, who was part of Liverpool’s Champions League winning squad earlier in 2019, also sports fantastic physical abilities, as well as commendable pace for a centre-back. He’s a very popular signing in Ultimate Team and Career Mode, and for good reason! 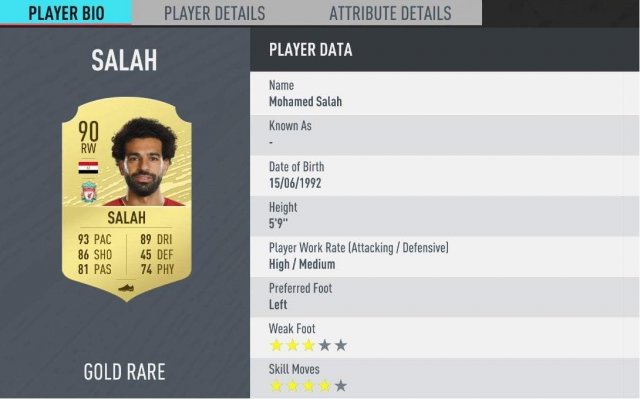 Another Liverpool player who makes the list is Egyptian right-winger Mohamed Salah, who scored 22 goals in the English Premier League last season.

Salah proves even more effective in FIFA 20 than he did last year due to the game’s increased reliance on pace, which the 27-year-old has in abundance. He’s also fantastic at both dribbling and shooting, while his 81 Passing allows him to notch up plenty of assists. 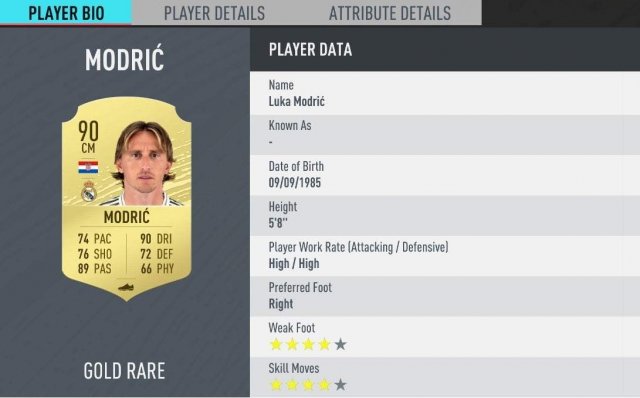 Croatian midfielder Modric proves the only natural central-midfielder in the top ten, excelling most prominently due to his 90 Dribbling and 89 Passing, but also thanks to his highly-rated stats across the board.

Modric, who joined Real Madrid from Tottenham back in 2012, exhibits very few weaknesses in-game, making him dominant all over the pitch. He also boasts four-star skill moves and weak foot abilities, allowing him to prove extra clinical when bursting forward. 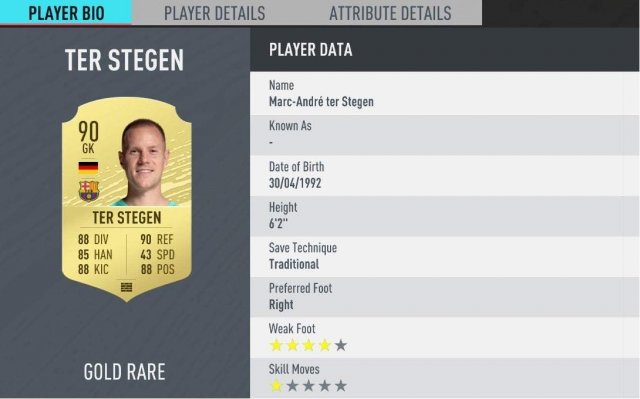 Finally, Barcelona keeper Marc-Andre ter Stegen rounds off the list of top ten players in FIFA 20. The Spaniard boasts an overall rating of 90 — one point higher than his initial rating in last year’s game.

You’ll find his goalkeeping stats to be well-balanced, with a 90 in Reflexes proving the highlight. Ter Stegen also has a four-star weak foot ability which enhances his 88 Kicking, while both his Diving and Positioning also prove impressive between the sticks.

Play 3v3, 4v4, and 5v5 games both offline and online in FIFA’s brand-new street football mode. This page includes FIFA 20 VOLTA tips for winning matches in modes such as […]