Cube World isn’t about picking a random direction, running off and hoping to find something. Since the game is about exploring, one would do well to spend a few minutes to prepare for the adventure and this guide serves as a starting point for newcomers to the game to glean some basics to exploring the hostile lands of Cube World.

Introduction to Exploration in Cube World

Let’s start with this upfront: I have been playing Cube World since it’s Alpha days and I am still enjoying the game despite all the controversies. I supposed it is because I have overcame the learning curve and played the game in a way which I can derive fun from. The reviews from game websites and such seemed to highlight that combat isn’t easy, and a lot of time is spent wandering aimlessly trying to find something meaningful to do. Since this is a guide about exploration, I am just going to say that combat in Dark Souls wasn’t easy either and although Cube World isn’t Dark Souls, the amount of finesse one needs to dodge and attack is almost on par. What this means is that this isn’t a game whereby potions are instant quaffed, and neither is button smashing the way to winning fights. It is possible to clear a whole region solo, regardless of class.

With regard to comments that say Cube World has no direction or objective, I would say it is because they have no idea what to look for when they decided to choose a random direction and run off to. Hopefully this guide will at least provide some sort of compass to important landmarks when it comes to what to look out when out walking about.

When you first create a character, you start off standing in front of a structure called the Shrine of Life. For obvious reasons, I call this a ‘spawn point’ because that is where your character will spawn if they die. However, this also acts as a teleport location whereby if you open up the map, you can click on the blue dot and it will teleport you to that spot almost instantly. What this signify is that you should almost always be on the lookout for these structures when you are out exploring as they will save you a lot of backtracking to the spot your character died. One of the ways to look for these is to wander around and hope to bump into one but that will start a vicious cycle about wandering around and dying constantly. One other way is the use of the full sized map. 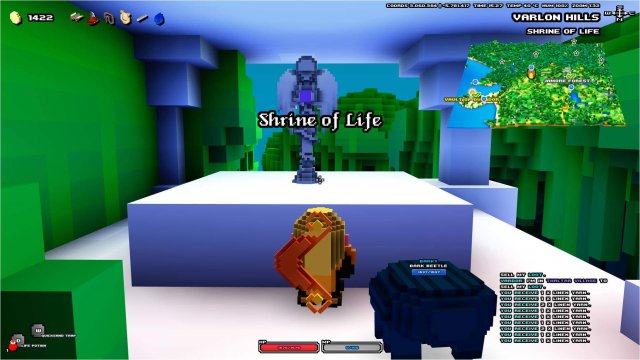 Utilizing the Map – Looking for Shrines of Life

Open up the map and you will see a satellite view of the region you are in. Zooming in and out will affect the scale of the map and affect visibility of features which are present. I tend to use 1:8 scale when I look for features and zoom in further to 1:4 to verify them. Depending on the biome you are in, looking for Shrines of Life is a matter of looking for small white cubes which when zoomed in will look like the figure below. If there is a door-like feature on these cubes, you can be sure that it is at least a feature worth checking out since it’s likely a spawn point or one of points of interest (Lore or treasure), so middle-mouse click the location to put a star on it. In a few instances, these might be false positives when you reach it but I’m sure you marked out the next nearest one before heading out, right? 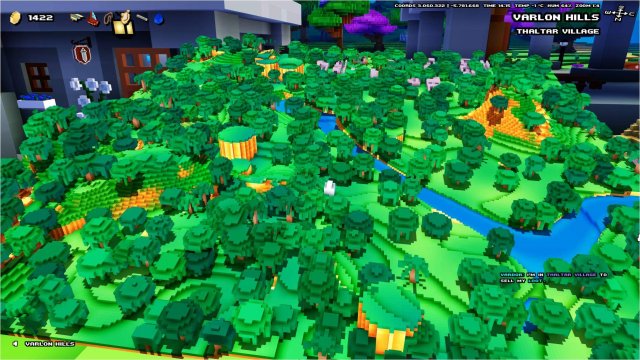 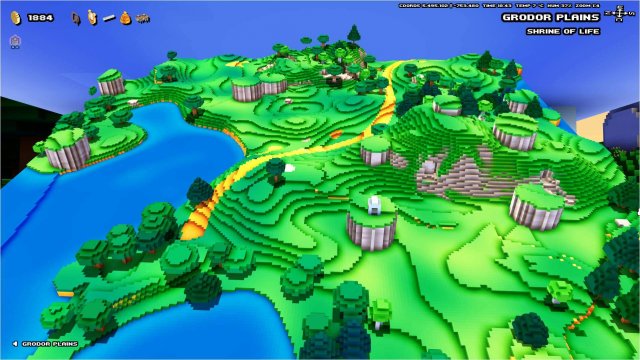 One of the things before I start my adventure is to head towards the village. Starting a new game places you quite near to one but if you are looking for it on the map, it will look like a cluster of blocks (buildings) with dots of green (farm) and it is always good to find them on the map first, especially if you are going into a new region. Once at the village, there are a few things you can do including buy and sell stuffs, recover health or fast-forward time to next morning at the Inn and other things you should discover for yourself. One of the most important things to do is to talk to people at the village because often they will reveal locations to you be it to rescue someone one, or where you can find certain tools, and some in some sense, these are the ‘quest-givers’. However, there will likely be more locations which you will have to find on your own and that is where the map is useful again. 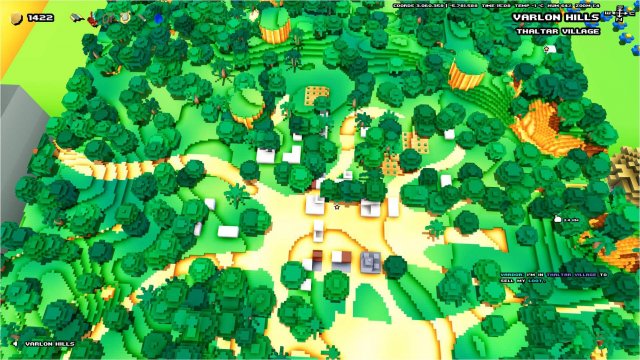 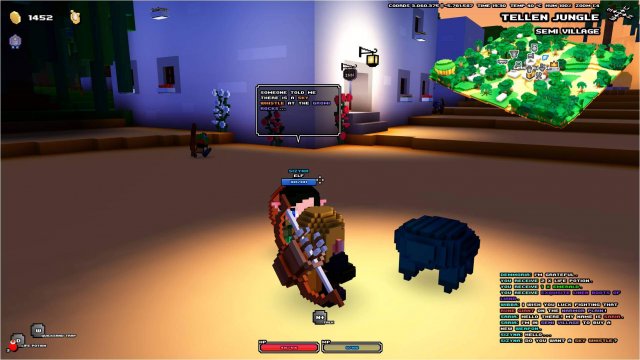 Utilizing the Map – Points of Interest

Anything that is conspicuous is worth checking out as there is almost always some form of quest there. Be it a volcano, a crater, some island offshore etc, these nature locations should be obvious when looking at the map. The man-made features to look out for are mostly buildings and they are usually of a distinct colour or shape, and again they should be quite obvious when looking at the map at 1:8 zoom. There will be other things like stone circles and skyscraper stand-alone rock formations which should be marked out as well. At the end of your map-annotation exercise your map should be looking like the figure below, depending on how meticulous you are. While not everything you mark out will be real points of interest, or something which you can handle (such as 5-star enemies), at least you know they exist and you can easily come back to them when you are more prepared because there is usually a Shrine of Life somewhere nearby these areas. So if you randomly encounter a quest location with a fight element, always look for a nearby Shrine of Life before you engage. 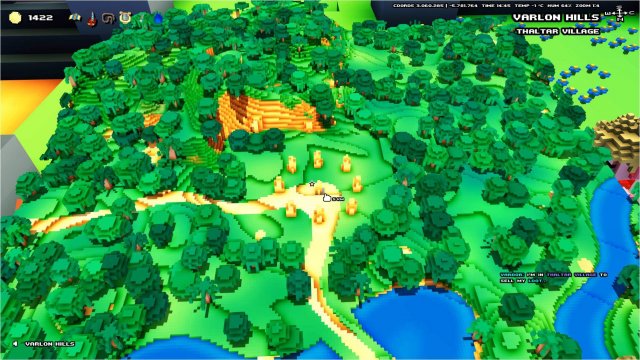 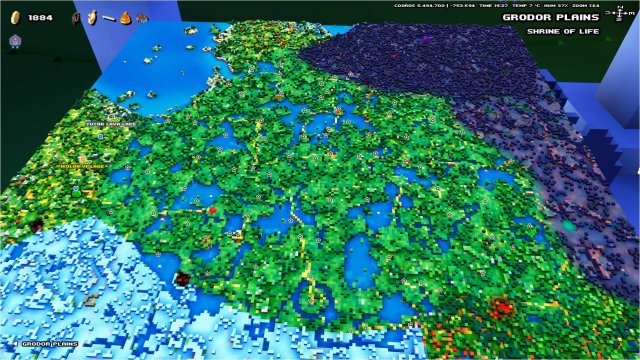 A shortened guide on the goals the player has, on how the game divides up progression, and how to complete said goal within the progression loop with the least amount […]