Operation Kuvalda is the second Special Ops mission in Call of Duty: Modern Warfare. Your goal is to assault Almalik’s base of operations and mark his weapons for airstrike.

There are a couple main tasks you must complete to finish this mission. First, you must access the data server at the far end of the map. Then, you’ll need to search three areas nearby: Storage stockpile, Warehouse stockpile, and Barracks stockpile. After that, you’ll need to call in an airstrike on each location.

It’s also a good idea to be mindful of your loadout before starting. Since the area has a combination of close quarters and long-ranged battles, you’ll want to bring something with some versatility. Likewise, utilizing the Overkill or Scavenger perks will help you, too. And it’s a good idea to bring silencers. If you don’t have one, you can use the Ghost class. 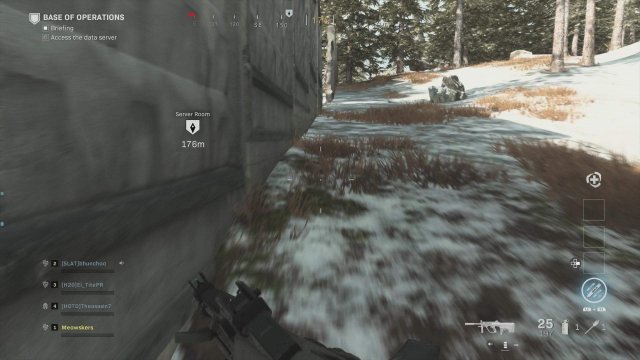 When you get around 45 meters from the Sever Room, you’ll find a path you can take that will lead towards it. But be careful, as there will be a Juggernaut nearby. The nice thing is that he’s slow, so bait him around the building, place the router inside, and keep running around while the data transfers.

Once it finishes, you’ll get the next objectives: Search the manifest – Storage, Warehouse, and Barracks stockpiles. These are spread out around the map, but since there’s so much cover nearby, you can weave in and around buildings to avoid taking damage.

At this point, head to the Barracks location since it’s closest. The game doesn’t explain what to do here. You’ll need to search each computer to find the intel. The correct file you need seems to be random, so have your squad stick nearby while one of you goes through and searches each one. When you find it, a new objective will appear for that stockpile. It will say: “Mark the Crates in the Barracks – 0/3.”

From here, the process is the same. Keep searching the files at each stockpile, but make sure you stick together. You can easily get rundown by enemies if you’re by yourself. And, like the last mission, having someone hang back as a spawn beacon might help.

For this section, you’ll need to explore each area and find the crates with the code that matches what’s on the screen. The crates are scattered around each location.

For the Warehouse, all of them are inside. Some might be upstairs. For the Barracks, be sure to explore by the small green huts, especially in the middle. As for Storage, these can be found up the ladders on the nearby buildings. Again, be sure you stick with your team for this section. 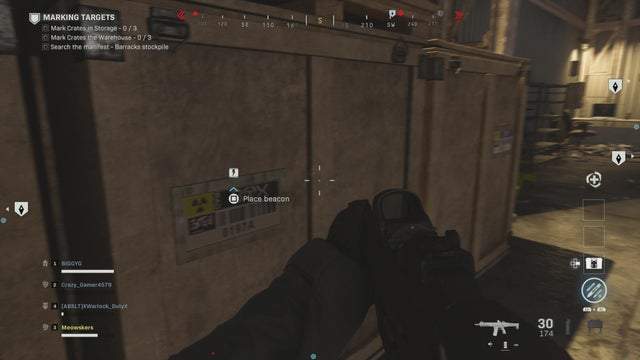 After you’ve found all nine, an air strike will commence. From here, you’ll need to head to the hangar to open the door. Go as a group and when you arrive, you’ll have another objective: Head to the control tower to open the hangar doors. Once you do that, head inside and mark the nearby missiles.

Mark the Ballistic Missiles and Escape

At this point, you’ll be able to pilot a tank, so hop in and head for the final objective. You’ll need to work together to take out the enemies on the way. There will be tanks to face, along with several enemies that drop from the sky. Again, it might be a good idea to have someone hiding nearby as a spawn beacon, just in case.

It’s also a good idea to take the right side, away from all the enemies here. You actually can take them all out, though and it’s a good idea to do so, to make it easier to extract. 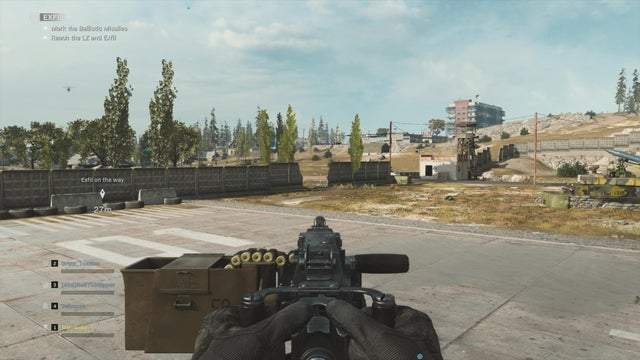 Once all four of you enter the helicopter, the mission will end. Hooray!

Call of Duty: Modern Warfare – How to Create a Class