As the challenge states, players will need to catch three fish at different locations with No Fishing signs in Fortnite. While there are lots of rivers and ponds spread out across the Fortnite map, only one area contains the signs you’ll need to locate.

To find the three different No Fishing signs in Fortnite, players need to visit Slurpy Swamp. There are three different signs spread out in this area, meaning you can complete the challenge without having to travel very far. 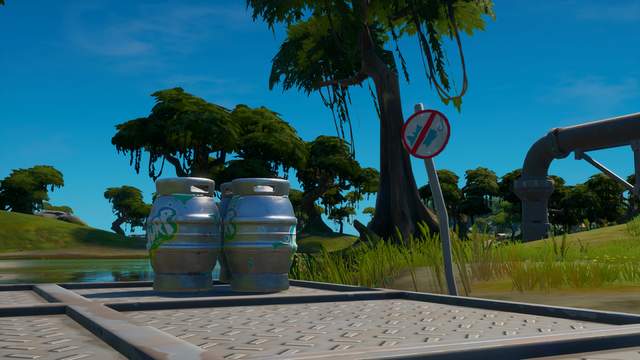 All three of the No Fishing sign locations have been detailed on the map below. 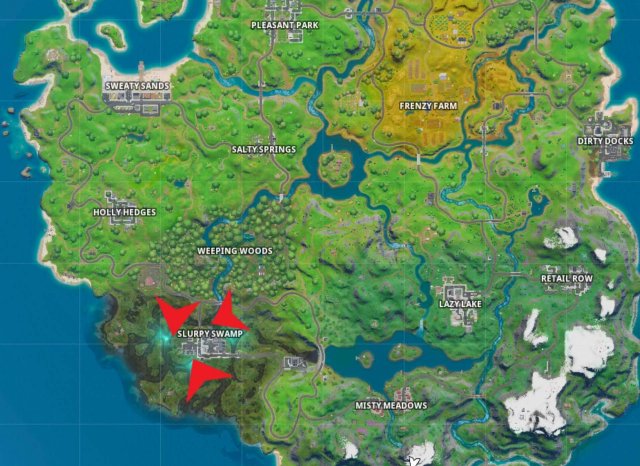 Depending on the luck of your spawn, you may or may not find any fishing poles next to the three signs. So, if you don’t find any, simply head into the main area of Slurpy Swamp and odds are you’ll find some lying around.

If you remember correctly, fishing was introduced to Fortnite at the start of Chapter 2, so it’s only right that the final set of Overtime challenges contain a fishing mission. For this Cameo vs. Chic challenge, players will need to catch a fish at Lake Canoe, Lazy Lake, and Flopper Pond.

Thankfully, finding these three fishing locations in Fortnite won’t be very hard, as long as you follow our map below. 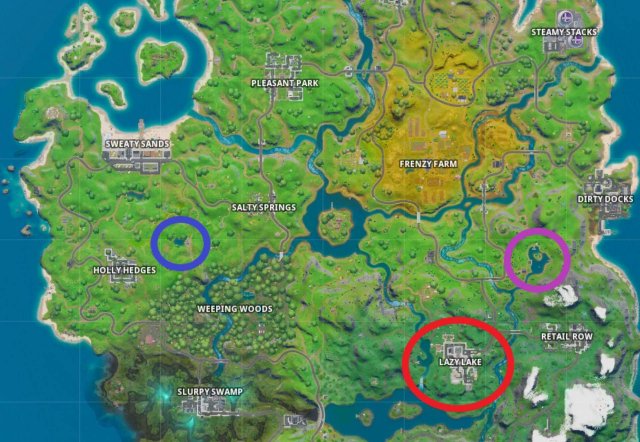 To find the Fortnite Lazy Lake fishing location, simply head to the river that runs just west of the named location, as seen in red on the map above.

Players will be able to find the Lake Canoe location just north of Retail Row, as seen in purple on the map above.

The final fishing hole that players will need to catch a fish at for this Cameo vs. Chic challenge is Flopper Pond, located northeast of Holly Hedges, seen in blue on the map above.

Players will need to catch a fish at all three of these locations if they want to complete the Cameo vs. Chic Overtime challenge. Thankfully, there should be plenty of fishing poles sitting inside of barrels along the water that can be used.

For this Cameo vs. Chic Overtime challenge, players will need to visit three different, and seemingly random, locations. Our guide will show you the exact map locations of the lonely recliner, a radio station, and an outdoor movie theater in Fortnite.

Unlike some of the former Weekly Challenges, this mission should be quick and simple, as players will merely need to visit these three locations.

Thankfully, the lonely recliner, radio station, and outdoor movie theater locations are all in the northeast portion of the map, which can be seen below. 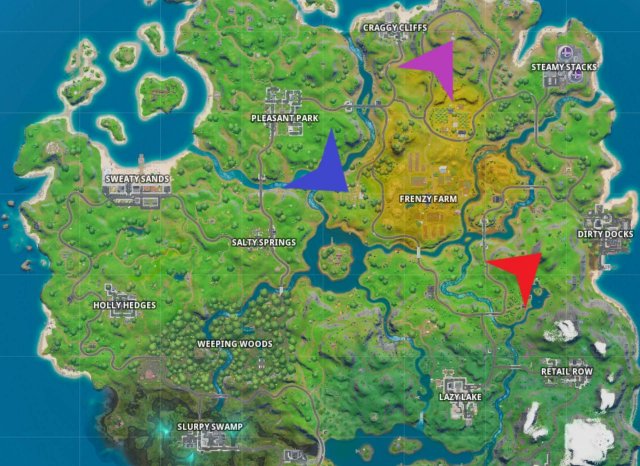 As you can see, you’ll find the lonely recliner location on a hill just west of Dirty Docks, as shown in red on the map. 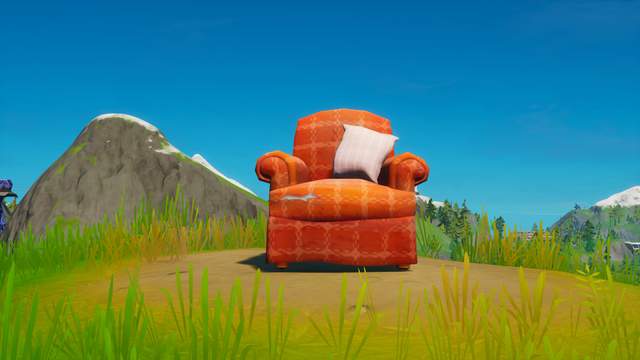 On the other hand, the radio station is located on a hill east of Craggy Cliffs, shown in purple. 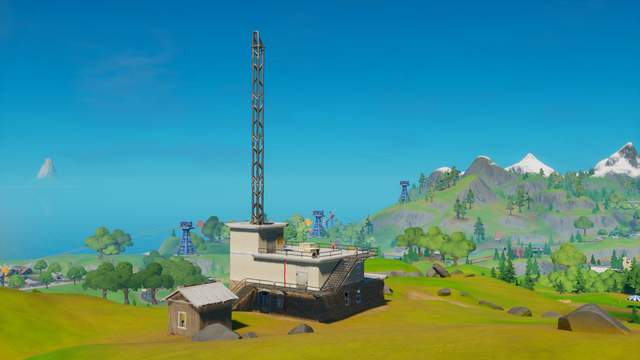 The outdoor movie theater location is perhaps better known as Risky Reels, and can be found west of Frenzy Farm, as seen in blue. Fans will likely remember this spot as the location of the Star Wars x Fortnite crossover, which brought lightsabers into the game. 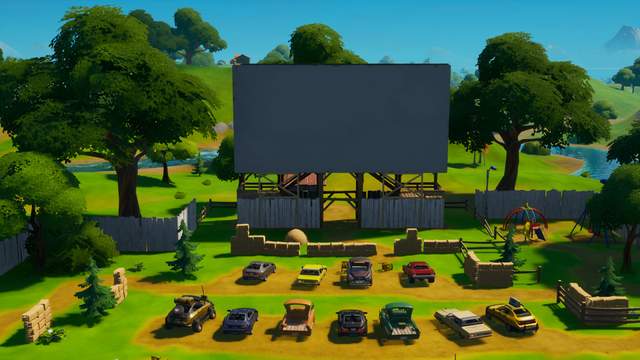 Once you have visited all three of the above locations, you’ll be one step closer to completing the Cameo vs. Chic Overtime challenges.

Destroy a Telescope, Television, and a Telephone Pole

For this Cameo vs. Chic Overtime challenge, players will need to wreck some havoc on three different types of items – a telescope, television, and telephone pole. Players likely won’t have trouble finding a telephone pole or a television, but they might need help tracking down one of the few telescope locations in Fortnite Chapter 2.

For the most part, players will be able to find a television inside a house in any named location. Telephone poles, on the other hand, can usually be found in excess along the side of roads. However, the Fortnite telescope locations can be a bit tricky to uncover.

On the map below, we’ve detailed five different telescope locations that players can visit to complete this Cameo vs. Chic challenge. If you need more details, we’ve included them in the list below. 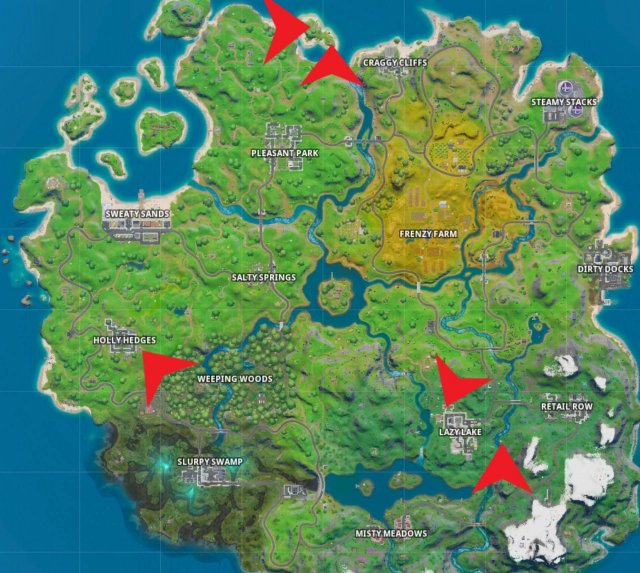 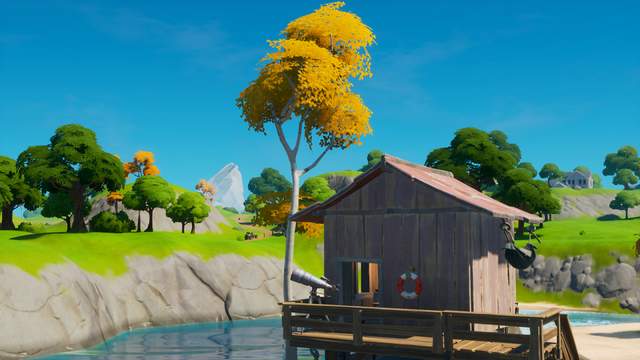 Simply visit any of the above locations and you’ll be able to destroy a telescope and make quick work of this challenge. While the island west of Craggy Cliffs does have two different telescopes, some of the named locations will likely be the best places to visit. In all likelihood, they will have all three items within a close proximity.

Regular Fortnite players are no stranger to hidden gnome challenges, as similar challenges appeared in the last two sets of Overtime missions. For the Cameo vs. Chic challenges, players will need to search the hidden gnome found between a race track, cabbage patch, and a farm sign.

Hidden gnome challenges seem to be a favorite of Epic Games recently, so let’s take a closer look at where to find the Cameo vs. Chic gnome. As the challenge states, the hidden gnome can be found between a race track, a cabbage patch, and a farm sign.

However, all of these locations are merely filler words for the challenge, and aren’t necessary if you follow along with our guide. As you can see in the map below, the hidden gnome is located on a hilltop north of Frenzy Farm. 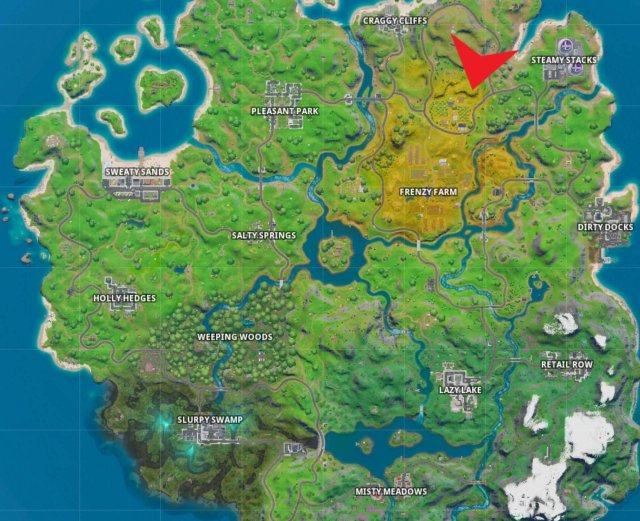 Once you land on the hilltop, you should find the gnome peacefully sitting on top of the hill, close to a bush, waiting to be searched. 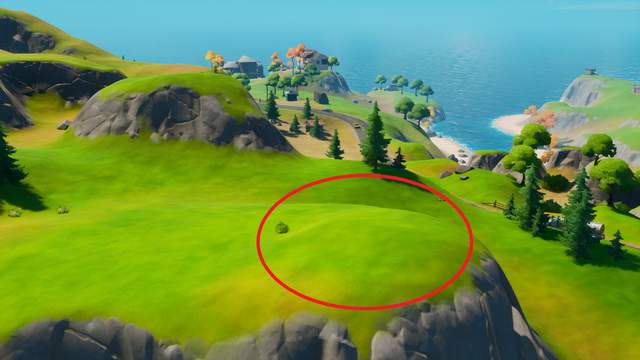 Players will have until mid February to complete this challenge.

For the final of the Cameo vs. Chic Overtime challenges, players will need to bust out their favorite dance moves on top of three different mountains. Our guide will take you to the exact locations of Mount H7, Mount F8, and Mount Kay in Fortnite.

Thankfully, this challenge shouldn’t be too difficult if you follow along closely with our guide. Epic was kind to players this time around, and put the three mountain locations close to each other, so you won’t have to run all over the map.

As you can see in the map below, the Mount H7, Mount F8, and Mount Kay locations can all be found in the southern portion of the map. Additionally, make sure to land and dance exactly where the arrows are pointing, or you might not credited. 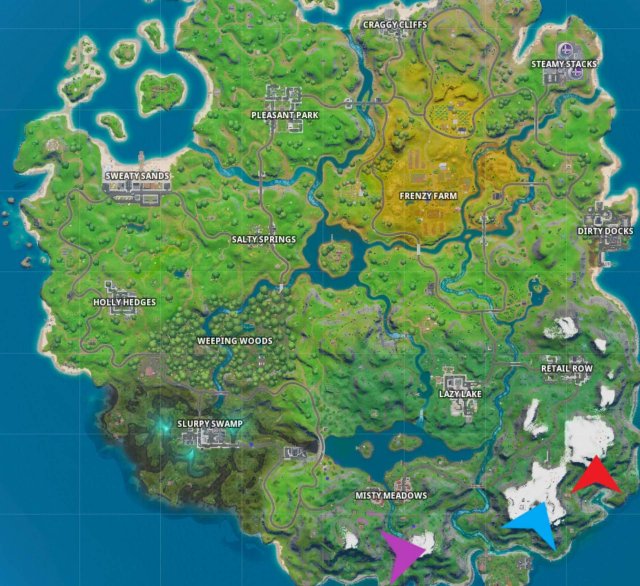 The Mount H7 location (red) can be found just south of Retail Row. Further, if you go southwest, you’ll come to the Mount F8 location (blue). 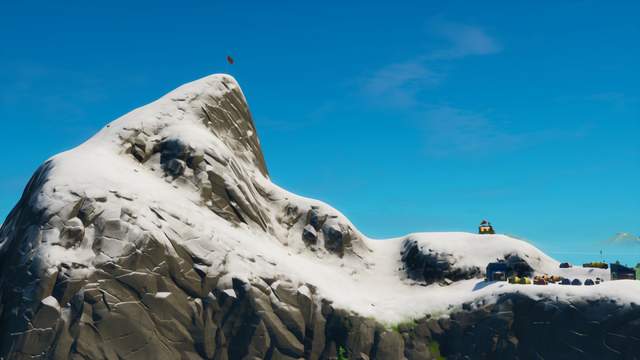 The last place you’ll need to dance at is the Mount Kay location (purple), which can be found just south of Misty Meadows.

Once you visit each of the mountain locations, be sure to bust a quick dance move to get credit for this Cameo vs. Chic challenge.

Players will have until the end of Fortnite Chapter 2: Season 1 to complete this challenge set.