Same questions from new players appear daily in the in-game global chat. This guide seeks to answer those questions preemptively. If you are a new player, check here to see if your question has been answered and save yourself some confusion.

What’s the difference between Legion and Arena (paid and free to play)?

Legion is the main game, featuring a PvE roguelite adventure for up to two players. Arena is a PvE standalone expansion akin to a wave survival game. You could call it a demo to try out the mechanics of the main game. A full version of Arena is also available to purchase as a DLC, and progress in one does carry over to the other.

Can I close global chat?

Yes. You can hide it by mousing over the chat feed and clicking on the red X that appears.

Can I rebind my keys?

Yes. The cog icon in the bottom left corner of both the menu screen and the pause screen opens the settings menu. From there, you can click the (A) and (B) keyboard key icons that appear to change your keybinds.

What is the best/worst class?

Shockingly, all eight classes are actually pretty good, despite what some diehard players might tell you. The best/worst class is simply the one you are best/worst at.

What is the best class for beginners?

While every class is good, some are indeed easier to pick up than others. The most accessible classes, in my opinion, are:

What is the best pistol for [X class]?

This question comes up specifically for Sniper and Raider extremely often for some reason. Pistols largely come down to user preference, so this advice is partially colored by my own, but here are some good starting points.

The Auto 9/45 is a pretty general-purpose sidearm that works for most classes, even if it may not be the best for every single class; if you’re strapped for data, it’s a good place to start. You can type the code /CYBERPOLICE945 in the in-game global chat to unlock this pistol for free.

How can I see details for weapon perks?

You currently can’t, but as of mid-February 2020, that is expected to arrive in the next major game update, Update 25.

How do I drop / recycle items?

Using the right mouse button, click and drag an item from your inventory bar into the world to drop the item next to you.

To recycle the item, use the same technique to move the item to the red recycle bin that appears when you start to drag it.

Recycling items gives you credits to spend, and some give other benefits. After you buy the Recycling Info research in the game menu, you can see what the extra benefit is labeled as “R:” in the in-game item description. 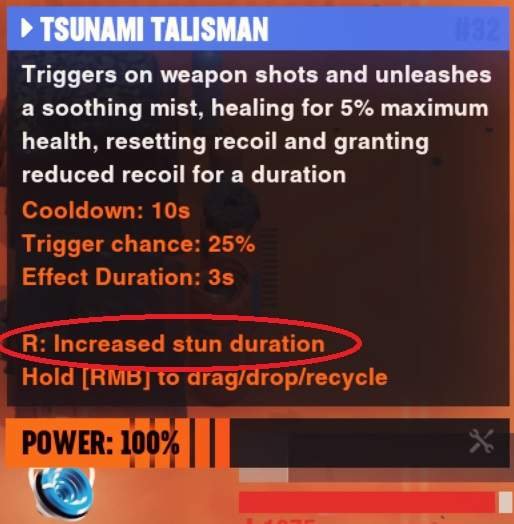 How do I drop / recycle weapons?

Press the L key on your keyboard to drop a weapon.

What does weapon mastery do?

Weapon mastery does nothing beyond tracking how much you use a particular weapon. The in-game tooltip that says it reduces jam chance is outdated and left over from when mastery used to have a gameplay effect.

What does “Luck” do?

In a word, the Luck stat is overpowered, and you should endeavor to raise it. Luck affects just about everything that meaningfully involves random chance, including but not limited to:

A higher luck stat makes all of these things better, and can dramatically affect a given Legion run.

What’s the deal with curses?

The term “curse” appears in a variety of contexts, including: 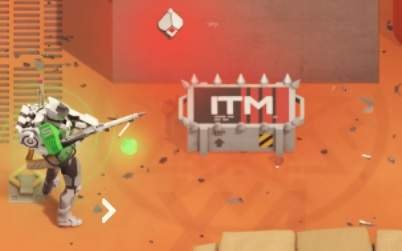 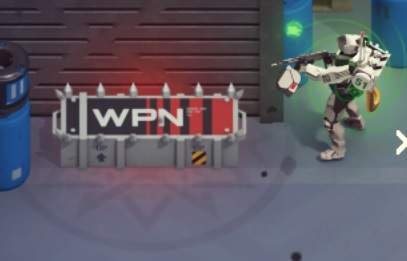 Cursed chests generally have high-tier loot inside, but opening them comes with risk. An opened cursed chest can inflict multiple dangerous effects, such as injuring the player character, raising the terror level (and sending the accompanying headhunter squad), and inflicting the player with the Cursed Flesh curse, rendering them overall more vulnerable to injury. This curse can also stack up to two times, so carefully weigh your situation and the risk versus reward when considering opening a cursed chest. 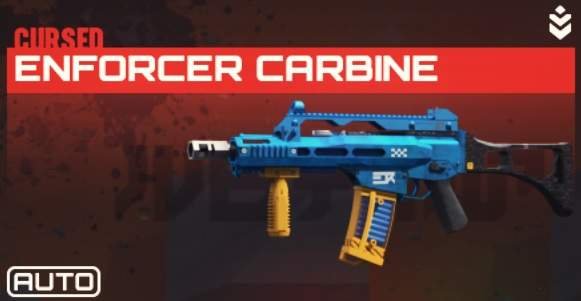 Cursed weapons are one of many different types of weapon variants. Cursed variant weapons include a massive bonus to damage at the cost of rate of fire and magazine size. More importantly, they have a chance to injure the player character when fired.

Some cursed weapons are actually very strong, and have a manageable or even negligible amount of self-damage—especially if you have good passive HP regeneration. Other cursed weapons will outright kill you when you use them. Whenever you consider using a cursed weapon, especially a powerful one such as an explosive launcher, carefully shoot it a few times to see what the self damage is like before committing it to battle.

When it comes to items, “cursed” is simply one of many potential tiers that an item can come in that affects their power rating out of the box. There is no downside or risk to using cursed items. 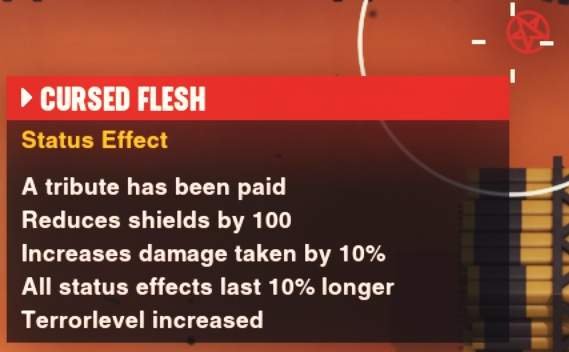 When a player dies in multiplayer or opens a cursed chest, they incur the Cursed Flesh curse, which makes them more vulnerable to damage. The specific effects of the curse can be seen by mousing over the pentagrams that appear in the upper right corner of the screen when under the curse’s effect. Cursed Flesh can stack up to two times, and makes aggressive play significantly more dangerous.

At shrines to the machine god Zir, players can voluntarily incur a curse of their choosing, which offer some kind of tradeoff involving a boon and a cost. Most of these curses are dangerous to use, but one particularly useful one to pick up at the end of a run before the final boss if possible is Curse of the Ignorant, which reduces money gain in exchange for granting damage resistance. 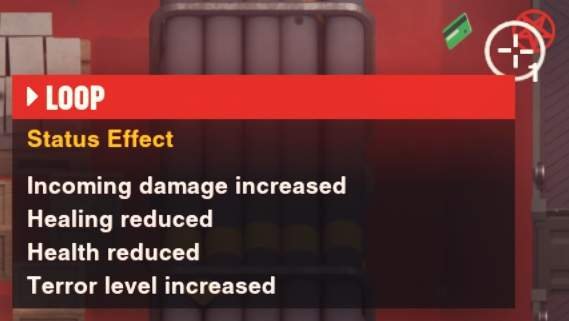 After defeating the final boss, the player enters Loop, which is an after-game zone designed to be unwinnably difficult. Part of this involves inflicting increasing stacks of the Loop curse, which significantly reduce the player character’s health and healing abilities.

A player suffering from the Cursed Flesh curse has a variety of options for clearing their ailments. The most straightforward is by defeating a boss—Cursed Flesh is always removed once a boss stage is completed. Less reliable is making a prayer at a shrine to Zir: if the prayer is accepted, the player gains a temporary boon, and rarely might be cleared of their curses. The third way to clear curses is by using the rare Devil’s Dice item, the details of which are described in the item description itself.

The Loop curse and curses deliberately accepted from a shrine to Zir cannot be cleared.

How do I headshot enemies?

Click on an enemy’s head to headshot them. More specifically, click on the upper part of the head to land headshots most reliably. Even then, headshots are finicky; sometimes what you might reasonably expect to be a headshot may not register as one. Non-humanoid enemies that don’t have heads cannot be headshot.

What’s the difference between accuracy and deviation?

Accuracy is the cone within which a weapon’s shots will land. Higher accuracy equates to a narrower cone, resulting in more shots landing where the player is aiming.

Deviation is the random spread of shots within the accuracy cone. Deviation generally increases with recoil—that is to say, the longer the weapon is fired uninterrupted, the more the shots will deviate from the center of the accuracy cone. Lower deviation results in more shots landing where the player is aiming under sustained fire.

Where is the prestige shop?

How do I prestige my class?

To prestige a class and unlock its level 1 prestige bonus, you must first reach level 25 in that class. Once you have reached level 25 and also accumulated 1,000 data, you can buy the class prestige in the prestige shop. This resets the class to its baseline level, so you will have to level the class up again, but it’s worth the effort to maximize the strength of your favorite classes.

Does prestiging more than once give extra bonuses?

No. Only the first level of prestige has any mechanical benefits.

Every class has a basic class challenge that unlocks a small global buff for all classes, which you can see by mousing over the last item on your class levels list called “Challenge”. You can unlock this challenge by beating the standard Legion game at at least 140% difficulty. You should endeavor to unlock the Riot Guard’s class challenge as soon as possible, as the +3 passive HP regen it gives all classes is invaluable.

Why do some modules have little chevrons by them?

You unlocked the Daily Modules upgrade in Research. 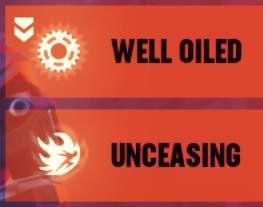 Does using two of the same module cause them to stack?

You can get the code for the TEC-9 pistol by subscribing to the official newsletter at this site. Once you have the code, simply type it into global chat, and the TEC-9 will unlock in a few minutes. You may need to restart your game to access it.

That’s not a question, but it’s not an uncommon problem. First, check the spam folder in your email account; it may have been filtered out there. If you still didn’t receive the email, the code to type in is:

No, that was the final boss. Everything after the Last Defender is Loop, which is essentially hardmode game+. Don’t worry—you aren’t intended to beat Loop; just see how far you can get.

Like, physically stuck in the world? Okay, don’t panic; there is a solution, albeit a well-hidden one. Hit Esc. and click on the cog in the bottom left corner, then hit the second cog that appears. On the right side of the screen should be an option simply called “Unstuck”. Click on this and you should be good to go.

Are the multiplayer servers down?

Maybe. The game population exploded in the wake of a certain YouTube video review, so sometimes the servers need to be restarted. If you seem to be having connectivity problems, just wait a couple minutes to log out and back in and try again.