Mvemba a Nzinga/Kongo get a variety of buffs and nerfs to gameplay. That makes this civ very specialised and particularly adept on maps with significant woods/rainforest, especially on larger map sizes.

Mvemba can’t found a religion. But he can usurp one.

That simplifies your early game choices, albeit at the expense of forgoing a religious victory. Focus instead on exploration and rushing your nearest neighbours. The Ngao Mbeba, a Swordsman replacement that unlocks with Iron Working, can move quickly through dense forests and rainforests to capture any wandering settlers.

While your neighbours focus their energy on founding a religion, you build an army. But don’t be in a hurry to conquer a neighbour if they are close to founding a religion. If you capture a Holy City you will be able to purchase Missionaries to spread to your capital.

Once religion has spread to a Kongolese city, build a Theatre District or Mbanza there to get a free apostle.

(A slower but more peaceful way to acquire religion is to forward settle a neighbour who’s found a religion, that is settle next to them, and send a trader. Eventually religion will spread passively or by missionaries). 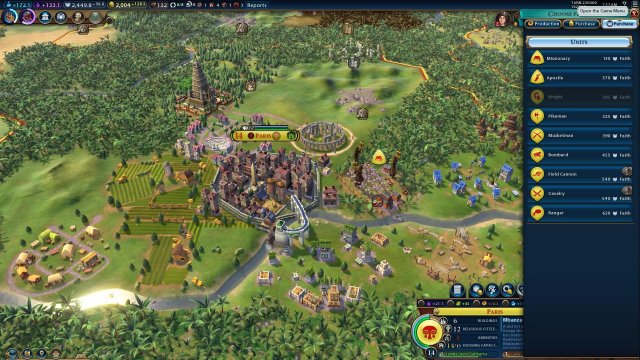 Mbanzas are Kongo’s unique neighbourhood. It unlocks much earlier, at Guilds, and always provide +5 housing regardless. However, it is nerfed by being only constructable on forest or rainforest. That means the Kongo cannot expand into desert or snow, leaving those areas to neighbours or allies. 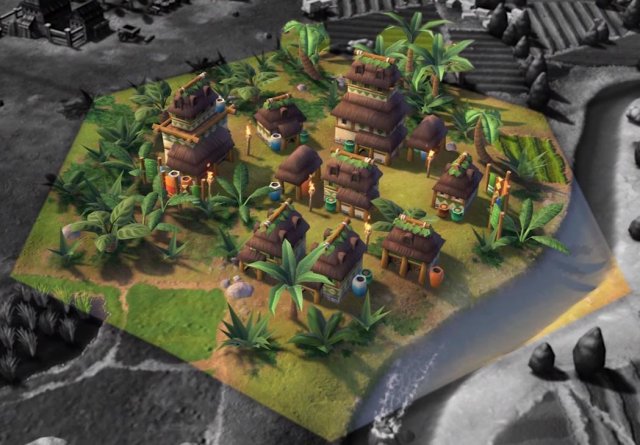 As always “play the map”. If there are areas of rainforest and/or forest, instead of investing in housing early game, use Colonization to expand your empire, until Guilds.

After that you may want to capture any interloping settlers and/or war to acquire territory.

The Greatest Collection of Relics, Sculptures and Artefacts

The Kongo get bonus food, production and gold from each relic, sculpture (a specific type of Great Work of Art) and archealogical artefacts. So you must aim to amass the greatest collection of relics, sculptures and artefacts in the game.

Kandy frequently spawn in games with the Kongo. Try to become its suzerain to get a free relic for discovering a natural wonder. Yervan is another great city-state for Kongo. Its suzerain can choose the Martyr promotion for Kongo’s free apostles, which grant you a relic when they die in religious combat. Certain Great Generals produce a relic when retired. Goody huts can also produce a relic.

Relics are the earliest great works in the game. Mbanza Kongo (cap) has space for 5. If you do collect a few, think of conquering the Holy City of the religion that has reliquaries. It grants triple tourism and faith from relics. (If you play on larger maps, there is very likely to be such a religion in your game).

For sculptures, keep an eye on the next available Great Artist from the Great Persons screen. Only certain Great Artists will produce sculptures. Kongo generates double points for great artists so building or capturing a Theatre District will help you beat out the competition if the next one is a sculptor. (If you fail, you can always have a spy steal it with espionage or capture/trade it in war).

Artefacts can be excavated by archealogists built from cities with an Archealogical Museum.

These will help provide amenities to support a large empire, tall and/or wide.

The traders will construct roads to and from your capital through dense forest and rainforests.

As Mvemba plan on early agression, early expansion and to capture 1 or 2 Holy Cities to get a head start on religion. If your empire converts to a religion, that is the majority of your cities follow it, you will get the same benefits as its founder. So be prepared to eliminate the founder if you’re playing on a smaller map to avoid a religious defeat!

Easy but not so fast way to unlock Archimedes Bath achievement. Setting up the Game The guide that gives a new meaning to “One More Turn”. I had some issues […]