A short guide introducing the basic game mechanics and Prologue’s goals. Please note that some of posted screenshots are from alpha-test phase so they might look a little different now.

When you choose First Mission to play with game will introduce you to base gameplay first.

You can either follow steps in in-game short tutorial or skip it if you don’t want to build in order that game will require from you. Tutorial will introduce you to the most basic aspects of the game so it’s quite useful but some players enjoy discovering on their own so it’s for you to decide which approach is better for you. 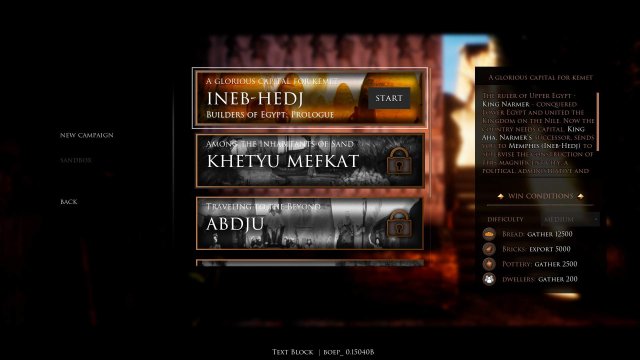 Save game feature has not been activated yet due to the huge amount of potential errors that may occur during development. This option will be added as soon as we deal with the first errors that bother other players.

All You Need Is Bread

Without bread you can’t build, open trading routes or pay your people for their hard work and only thing they do is work for you.

All of buildings in game need proper access so remember to build roads next to your buildings. If you don’t do it, game will notify you about lacking access.

Empty houses will trigger people arrival. Your houses will evolve once you met housing requirements.

Houses and roads can be found in House and road TAB. 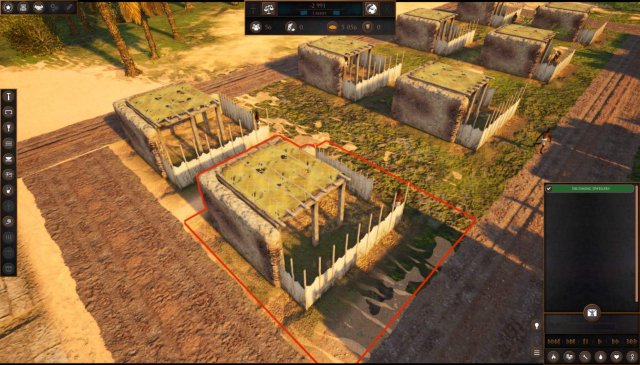 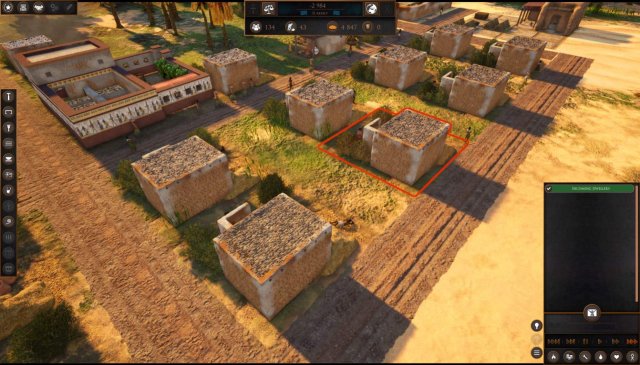 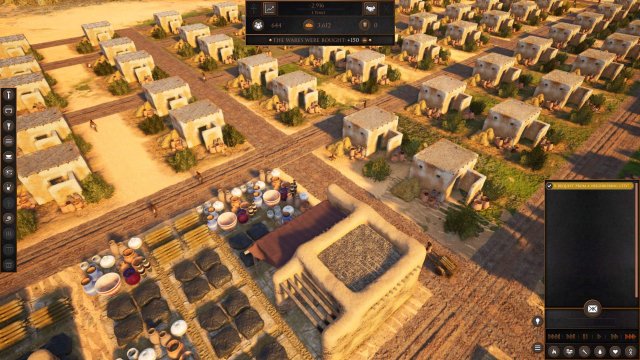 The most important thing in housing evolving process is to supply it with water and delicious, plain food – in First Mission available food are wheat and fish.

One well can support only a few houses so it needs to be placed in strategic spots to cover as many houses as possible. Wells can’t be build everywhere so remember to place them near “green zones”.

Second important thing is to prevent buildings from catching fire and for that we have Fire Station. It has quite large radius so you don’t need to build a lot of them at the beginning. With your settlement expansion remember to check radius in fires tab and cover city area with fire stations. 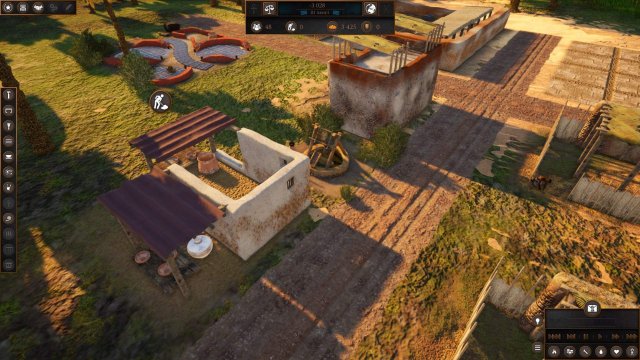 As you can see above in order to have proper food distribution you need at least one Granary and bazaars. Bazaars amount depend on how big your settlement is. The more houses you have, the more bazaars you need to met your people expectations.

Wheat farm will not only give you wheat but also supply of straw, needed at Brick Maker to produce bricks . 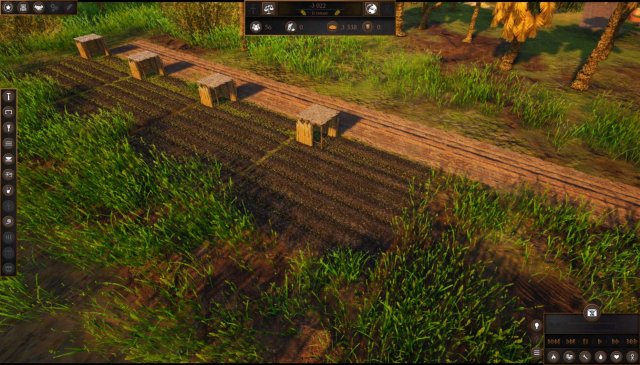 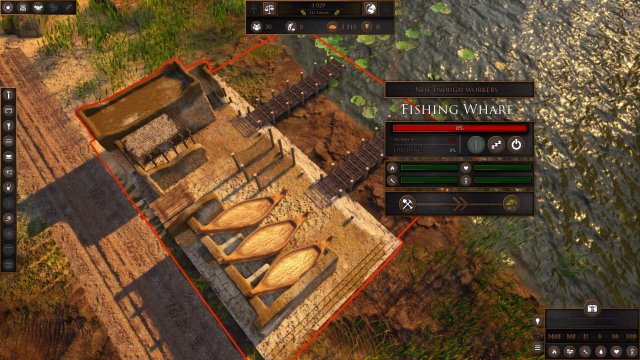 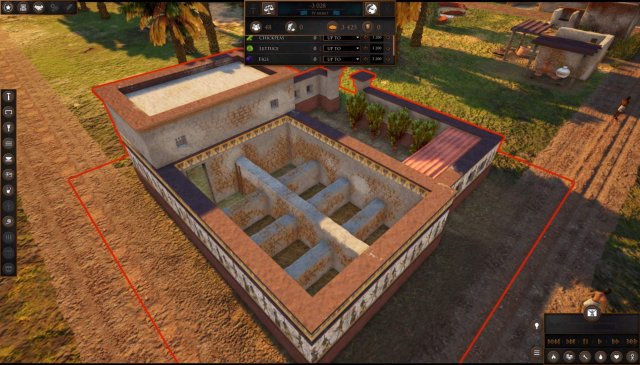 User-friendly interface will show you flood season, harvest season and much more. 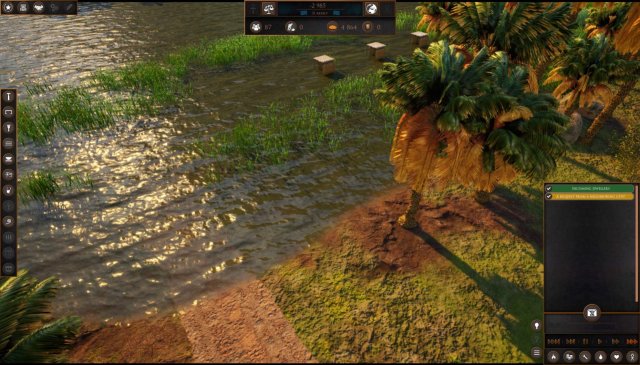 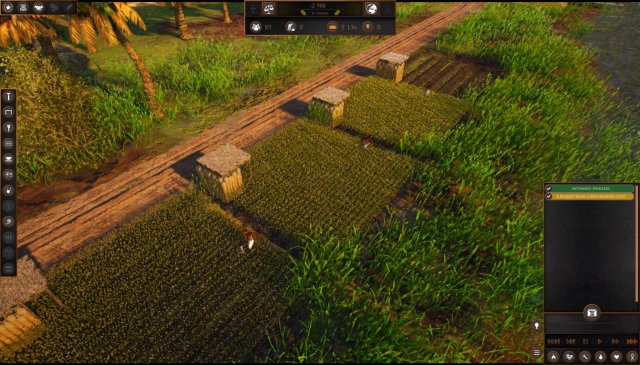 Prologue offers possibility to mine clay and to produce bricks and pottery.

Clay pit, Brick Maker and Potter can be found in Ware Production TAB.

Clay, straw, bricks, pottery can be traded with another city in order to receive additional bread. 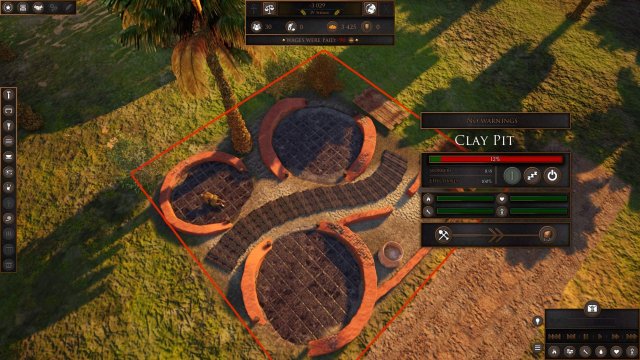 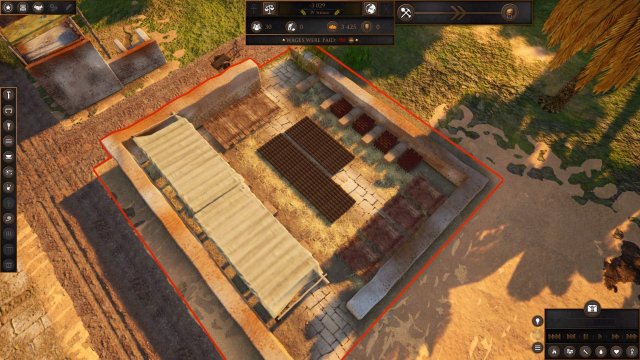 Fulfilling request from another city will give you additional bread and believe me, you want to be overwhelmed by Egyptians bread. 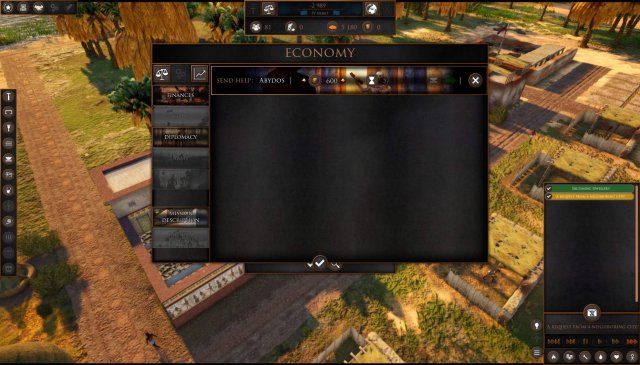 Trade with Another City

Trading with another city is the most beneficial part about this game.

Traders will pay you for your goods in bread. Once in a while they will visit your city and go straight to your Stockpiles to see what are you offering.

Goods for export can be set up in Economy TAB.

Important: Lowering wages or making your taxes higher won’t give you the same profit as trading with another city.

Trade route costs 200 bread. In First Mission you can trade only with one city – Abydos. 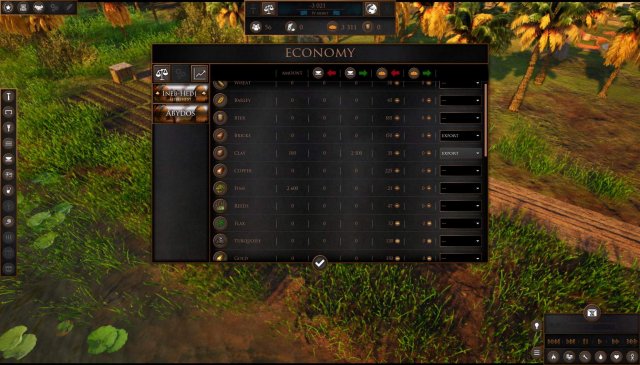 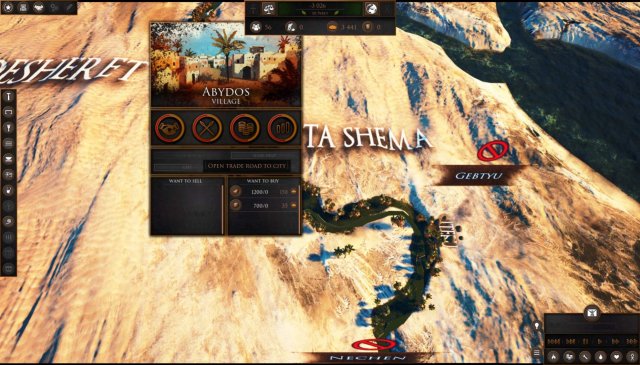 Once you fulfill all of First Mission’s goals you can play freely and expand your majestic settlement!

From time to time other cities will ask you for additional goods such as clay, straw, brick, pottery. Try to fulfill them, the more bread you have the better for you, especially when you want to expand and build an empire. 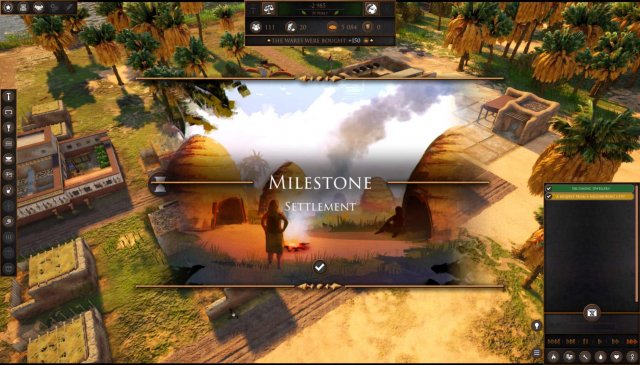