How to Beat the Scorpion Sentinel Boss 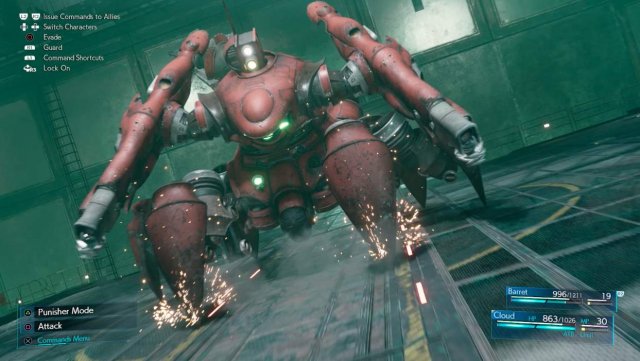 The Scorpion Sentinel starts off protected by a Field Generator so start by destroying it using Cloud’s Fire Spell (Commands > Cloud > Spell > Fire). 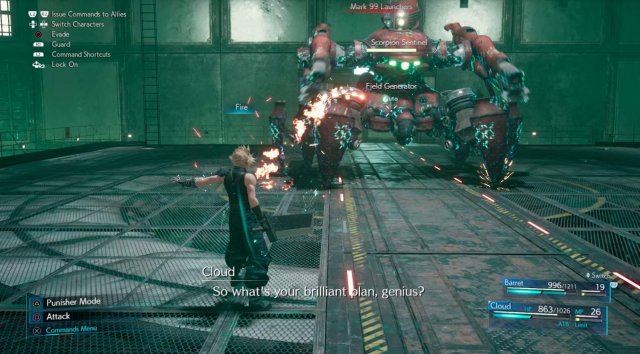 When the Sentinel’s health is down 1/3rd it will jump onto the wall and attack from afar. Use Barret to do long-range damage with his gun. Watch out for the EM Field (electricity) it generates shortly after coming back.

Keep attacking to increase its pressure meter. Another barrier will form but take it out with Cloud’s Fire Spell just like last time.

Once its health is down to half wave 2 will start.

Watch out for the Tail Laser. Run for the debris. This will always appear for you to use as cover. Because you can’t do much while hiding from the attack now’s a good time to use Potions, Barret’s Healing Spell, Other items, or to tap triangle while playing as Barret to make his Overcharge meter fill more quickly. 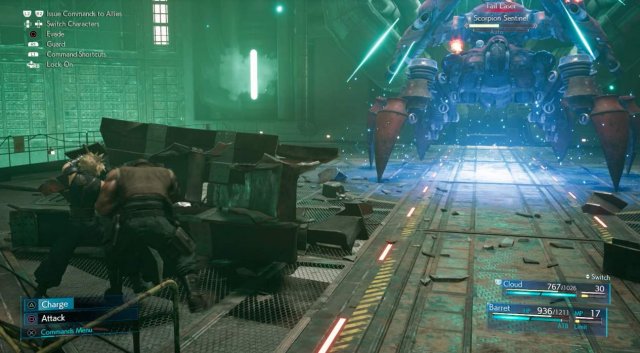 Stop it quickly by destroying its legs and then the machine entirely. Have Barret target one leg and Cloud another then strike the final blow.

Escape from the Reactor

Now that the Sentinel is dead this whole place is gonna explode. Run for the exit, back through where you came. You and Barret will get separated for a bit.