Scampuss are special NPCs in Nioh 2. These Yokai can be found cowering and hidden, and interacting with them gives a buff to Yokai Force generation.

A Scampuss is a yokai in the form of a particularly corpulent cat. While it is known to entangle itself in the legs of passerby, making walking a little more difficult, it is hard to say it poses any real threat. In fact, some people claim an encounter with this fleshy feline soothes their weary bodies, among other pleasant effects. 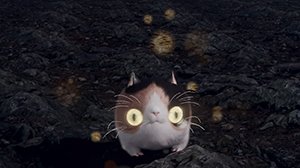 Similar to Scampuss are yokai like Obo and Notsugo, which resemble other animals such as weasels or dogs. It is said that these yokai were once babies or young children who suffered untimely deaths, and thus rub themselves against strangers in search of their mother’s warmth.

A Scampuss who is treated with cruelty is quite the sight, as its anger causes it to swell up like a puffer fish. As it remains harmless even in this angered state, there are those who go out of their way to torment the poor yokai, thinking its appearance amusing. One can only hope that these unkind souls will eventually reap what they sow.

All Scampuss Locations in Nioh 2

The Village of Cursed Blossoms

Suzune in the Flames

A Voice in the Twilight

An Error in Calculation

Prisoners of the Stones