Explicit extra life maps for Serious Sam’s Bogus Detour. Yellow and green outlined glasses mark the locations of all 13 of 1UP items in the game. Should help unlock the elusive All Extra Lives Achievement.

Note: The 1UP location data was derived directly from the editor that comes with SSBD. Added large arrows to the maps to make it easier to see where the extra lives are even on a scaled down view of the maps.

E1M1: Knee Deep in the Sand

One extra life: in the central base, activate the blue switch, to open the door to a teleport, that transports you to the smaller base in the east. There hit the wall switch, leave by the now open south door, and enter the area with the confusion traps. 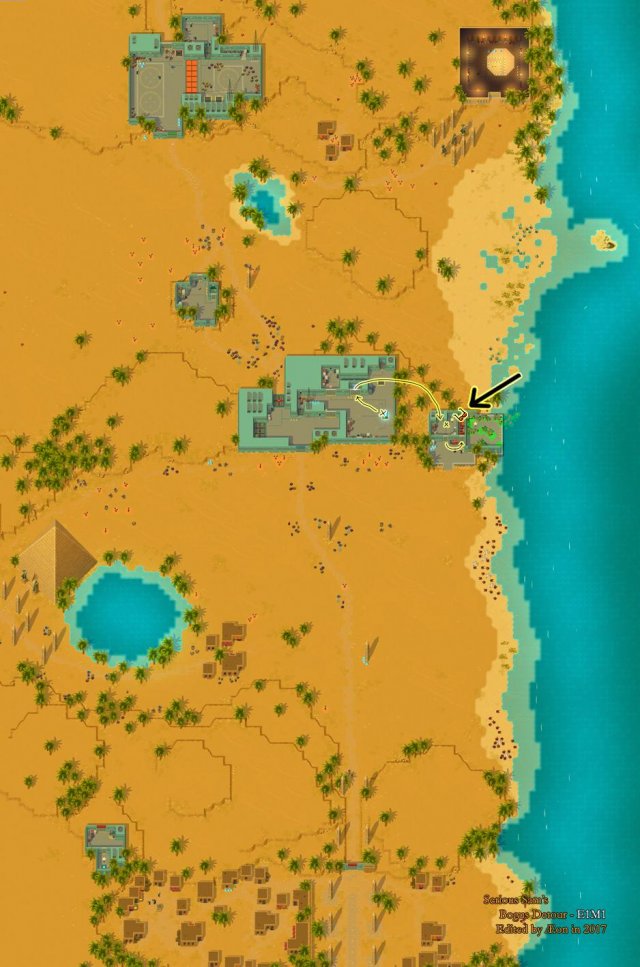 One extra life, plus another one of three random ones: the non-random 1up can be found to the east of the city. The random one is either on the south-west of the city, or at the west gate, or inside inner wall (in the greenery stripe) in the north-east corner (this requires the red key). 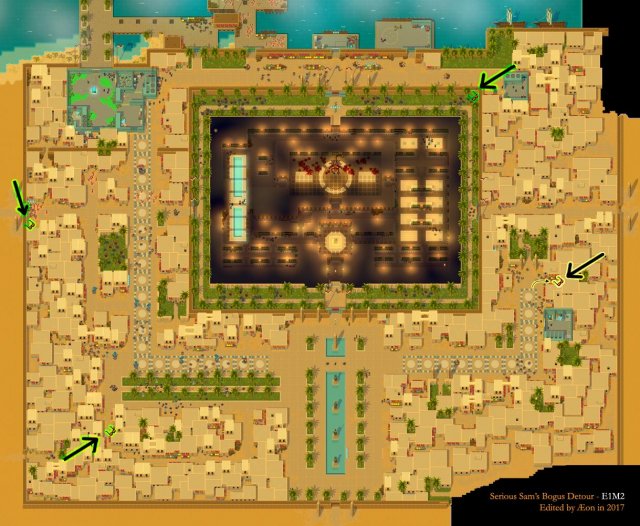 One extra life: follow the path up north until you reach the locked-down bridge, take the path west along the water front, it is under a tree. 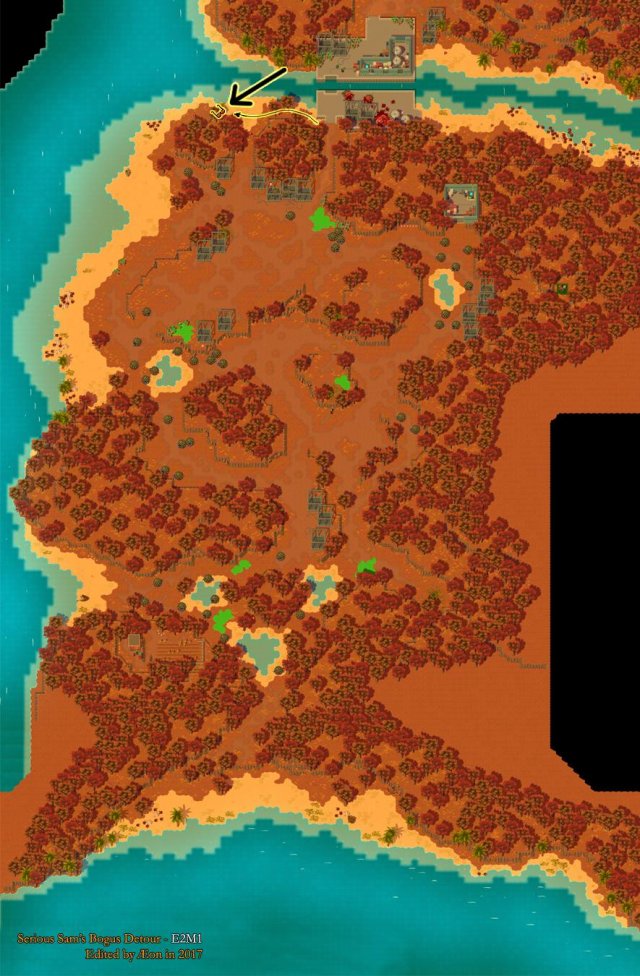 Two extra lives: follow the spiral path until your progress is blocked by the second red gate, then go south to find the first 1up between a building and a wall. For the other extra life, reach the “outside” area with all the lava, outside the northern wall the 1up will be nestled. 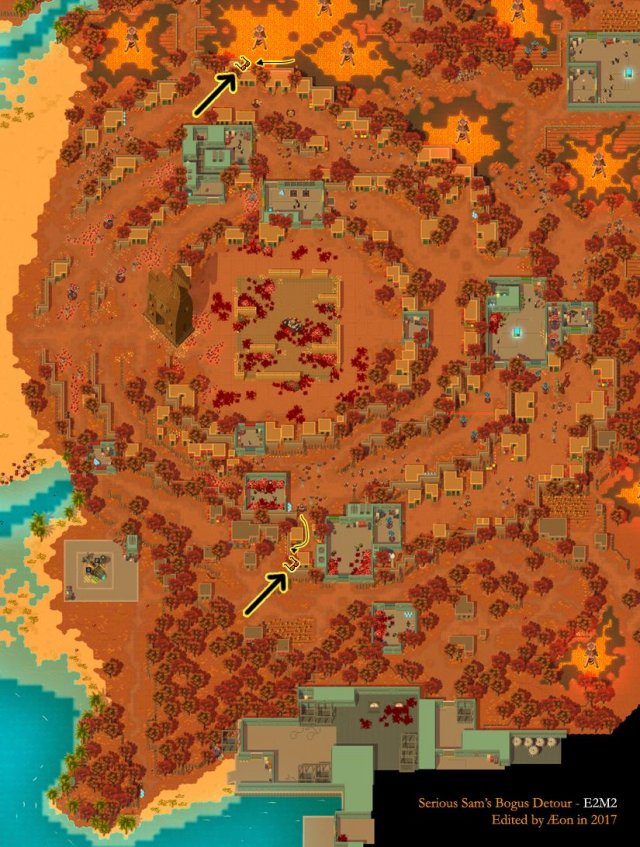 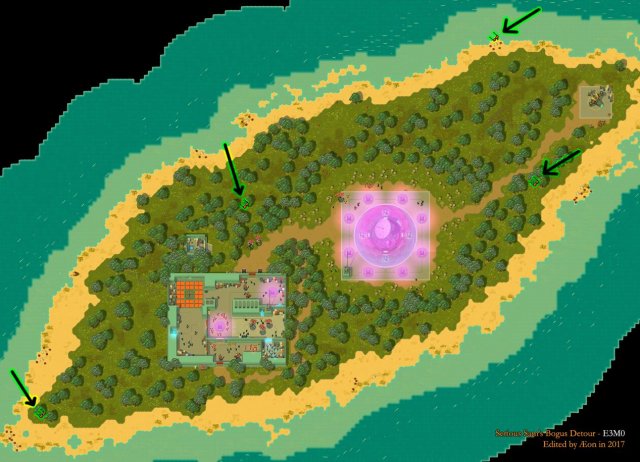 E3M1: The Cradle of Democracy

One extra life: to the west of the huge hangar inside the small outpost. To unlock the blue gate, take out the guard on the heli pad. 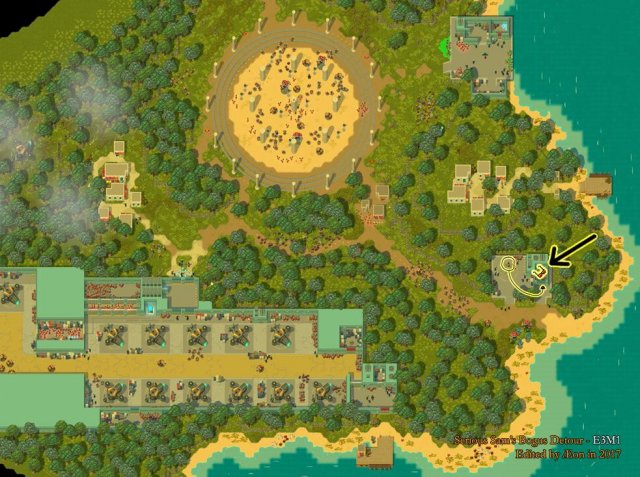 E3M2: Running up that Hill 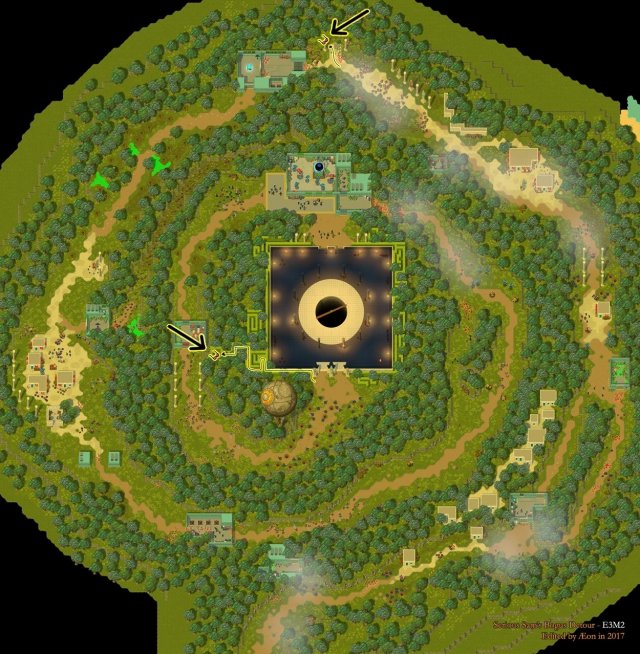 One extra life: in the eastern quadrant of the map, you will need a yellow key to pass two yellow gates to reach the extra life. 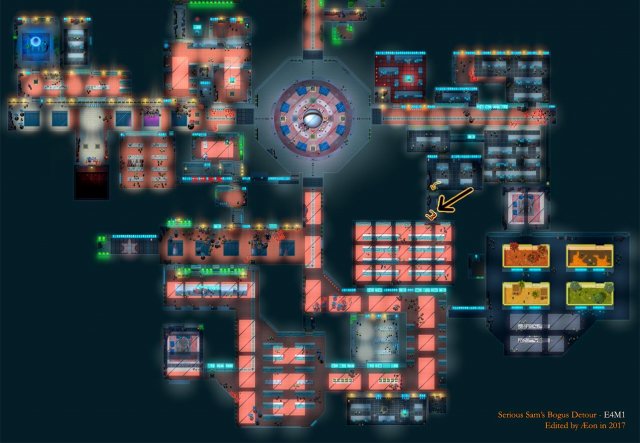 Two extra lives: following the main path into the chamber with the six missiles, notice a fifth corridor south of the four laser turrets in the walls. The corridor seems to be a dead end, but on the west end you can destroy the south wall, enter the area, hug the western wall to enter a hidden teleporter. This transports you into a small room with the first 1up. Continue through the map past the first boss battle, unlock the fourth code lock, then go north to grab the last (13th) extra life next to the group of three missiles.

This guide will help you find all the secrets in the Bogus Detour campaign and get the All Secrets Achievement. ContentsKnee Deep in the SandPublic Library No:1Path of Feast / […]

Serious Sam’s Bogus Detour – How to Get the Duke Nukem and Mr. Buttersworth Achievements

Just a quick explanation on how to get the Swordfish achievement. Other Serious Sam’s Bogus Detour Guides: All Secrets Guide. All Stars Guide with Maps. Boss Guide. 1UP Maps for […]