Depending on your the role, squad type and assigned task you have the following responsibilities:

Make sure you build defenses and your have enough garrisons around. If you only have one in the hard cap if just a matter of time, till you’ll loose it. At least three garrisons will should be around and once one was removed your should replace it asap. Also make sure you don’t place your op next to the main garrison, place a few meters away, otherwise it’s to easy to take out both.

Try to outflank the enemy by placing flanking garrisons. However sometime directly pushing a point also works when you’re able to place a garrison close to the point.

You must get your outpost behind the enemy lines and keep removing and/or finding the enemy garrisons and ops. You should stay sneaky and only support the attack/defense when there is a chance to help there. Attacking together with the other squads doesn’t help them much (exception is sniper taking out machine gunners etc.), removing the garrison and ops will help your team more.

You primary responsibility should be to manage the whole garrison strategy. For example when you joined the game from early beginning in warfare mode you can tell your squads to move for the middle objective and place the backup-garrisons by our self. This will give your team an time advantage.

Dropping supplies of cause is the main thing you can help out building garrisons. Drop them for yourself for the backup garrisons or for the recon squads behind the lines. A well placed supply drop at the right time can help your recon squad to build the next garrison instantly once you have taken a point, before your enemy can fix their backup garrison strategy.

When loosing a point, you should be ready to build-up your backup for the next point (or already have the backup finished).

In this section I’ll try to explain a good example for attack and defense garrisons placement for each game mode. Just keep in mind, that a you have at least setup three garrisons for defense and try to have at least two close to the cap point when attacking.

Always keep an eye on how many garrisons your have (especially when you’re defending) and replace all garrisons once they were destroyed. Garrisons can act as a kind of radar, so you can see where the enemy is coming from. Tell your squad, commander or the other squads that a garrison is hot or was destroyed and tell them to rebuild the garrisons.

When you’re defending your HQ point, don’t rely on the HQ spawn. Once the enemy starts capping the HQ point, you can’t spawn there any longer, so place a garrison in the HQ too.

Once a point has been taken or is fallen, move your garrison management strategy forward or backwards. Always keep an eye on how many garrisons you have and tell your if your gonna hit the team limit (especially when your don’t have a commander).

Try to vary your placement of backup garrisons a bit, since the recon squads tend to look for the garrisons at the same places again and again. Sometimes putting them in well-known areas or at interesting places (radar towers, compounds, churches etc.) will make them easily to find.

Of cause the following examples are the ideal placement of garrisons and assumes that the enemy is weak. Most of the times this ideal layout won’t work and you should adjust your strategy depending on the battlefield situation.

This section explains the early beginning of a warfare match and generic placement of garrison for the defending side. 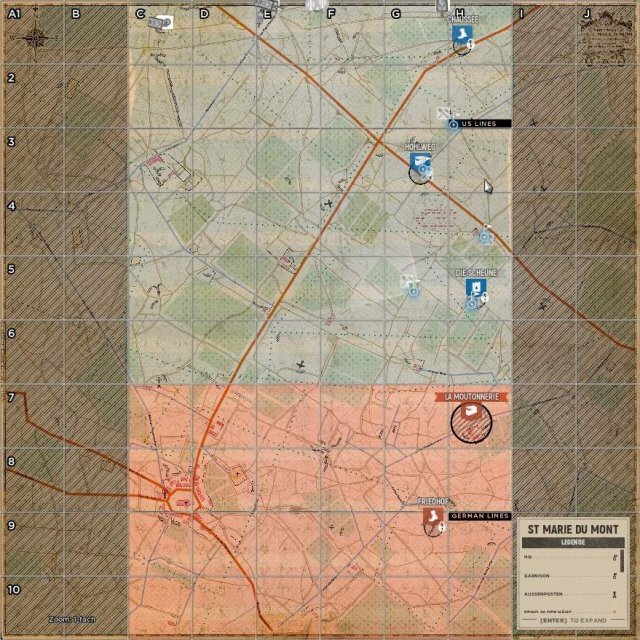 When attacking an enemy point your goal should be to flank out the enemy by placing as much as garrisons around the point as possible.

If you have two or better three garrisons close to the enemy point he will have a hard time defending the point from two or three sides. Usually the enemy can’t stand that for a long time so keep pushing.

Another good tactic is to push the enemy from one side and then sneak around to place a second garrison and take him by surprise.

Let’s take a look at this ideal example: 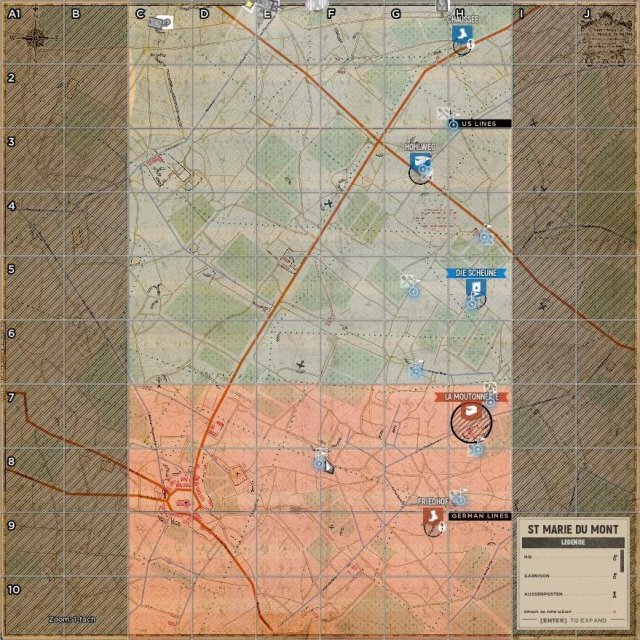 After Taking a Point

After your have taken the next point your team should:

In offensive mode your either must have a strategy for defensive or offensive garrison management depending on the side you are.

Let’s see how the ideal garrison management could look like.

The attacking team must try to get behind the enemy lines to place an garrison in the rear. You can either try this with your squad, but a combination of recon squad and commander usually works out better.

So as commander tell your recon squads to get behind the enemy lines, so they can remove their garrisons there and build garrisons for flanking. 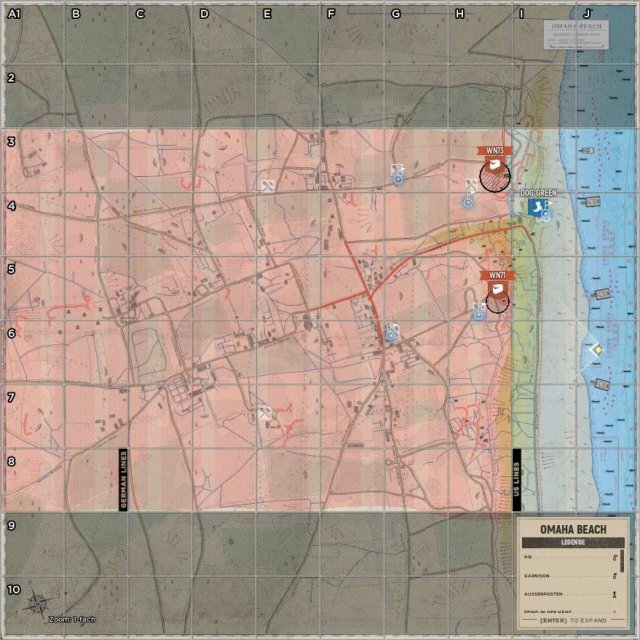 After Taking a Combat Area or Sector

You should get ready to redeploy with your squad for the next garrisons (ideally the ones the recon squads build right on the next points). Walking should be avoided as it takes to much time (and the time is against your) and leave enemies still camping in the fallen point behind.

The defending team should build resource nodes asap, not just to spam artillery, get better tanks but also to drop supplies for backup garrisons.

The commander and the recon squads should remove enemy supply drops and fight the enemy recon squad behind the own line.

This could be the ideal setup for garrisons. We assuming the American side has taken the beach, but this setup should be ready before they have done so. Make sure your always on team limit of 10 garrisons.

Note: the initial garrisons on the map doesn’t count to the the team limit of 10 and you can place garrisons next to them under 150m (164 yards). Keep this in mind or you may accidentally place too many garrisons and end up being unable to replace a garrison in the hard cap. 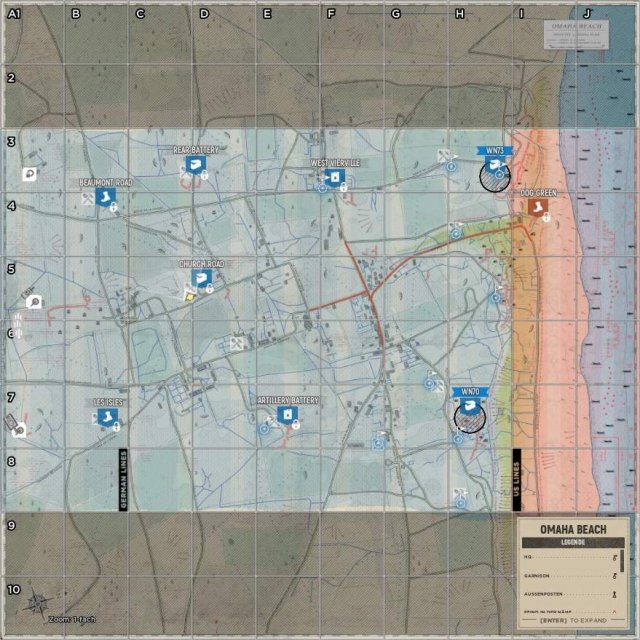 After loosing a point

Nothing fancy, just some stuff I’ve learned after playing this game too much. ContentsGeneral TipsPositioningSupportLuck General Tips I remember a discussion with one of the devs talking about how the […]

A guide to the infantry in Hell Let Loose focused on the basic mechanics and gameplay elements. Other Hell Let Loose Guides: How to Officer (Basics). Infantry Tips for Beginners. […]