This is going to be a start of a series where I will introduce you to how I play each clan and think about the cards.

Meet the Hornbreaker Prince: the leader card of the Hellhorned. He comes in three forms: 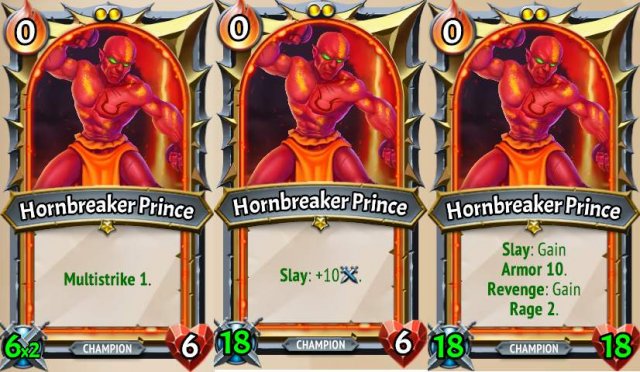 When it comes to first pick I tend to lean Reaper unless I get some decent Rage cards added to my deck at the start. The main issue with Brawler is how weak he is against spikes (Spikes: if you attack the unit you take damage) and with only 6hp and attacking twice pretty much any spikes kills him. With the Reaper I suggest starting with him in the 2nd or 3rd cart, the idea is to have Train Stewards on the 1st cart to make the slay much easier.

The reason why I find Wrathful useless (for the most part) is because he doesn’t scale very well. He has Slay which is hard for him because he is pretty weak and gaining armor isn’t that impactful for the boss fights. You tend to want to build a tank in front for your offence so he can hit as much as possible with your damage dealer. I don’t find he makes a good tank because when he is in front it is hard for him get his slay ability. His other ability is Revenge get +2 attack, which isn’t very much. So I find he isn’t a great tank and isn’t a great damage dealer.

For an endgame build I like double brawler/ reaper or double reaper/ brawler. Both of these builds tend to make really good glass cannons. He will still need some cards to help him with life but in any given run you should be able to find something.

Each Clan starts with a Clan basic card, which is Torch for the Hellhorn 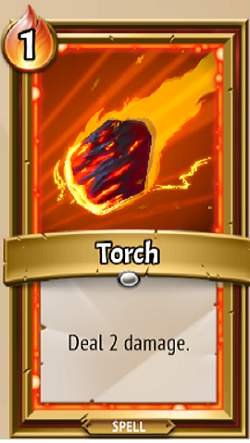 I find this to be the best of the Clan basic cards: while 2 damage doesn’t seem to be a lot, for the first 2/3rds of the game it can hit the back line and the… treasure cupids? Target removal is why I consider it the best.

In the following sections I will rate and give a brief overview of each card in the clan. 5/5 is the best: I would always or almost always take this card. 1/5 is either a hard pass or extremely situational. 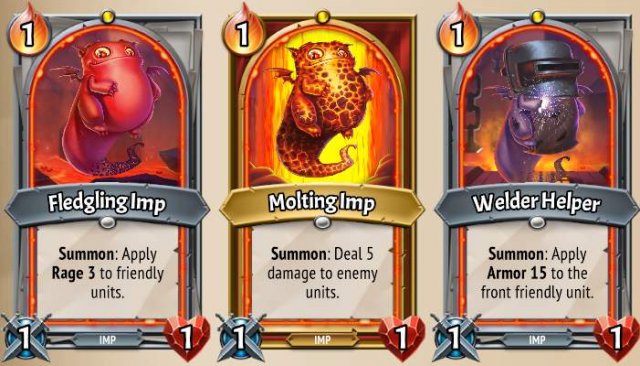 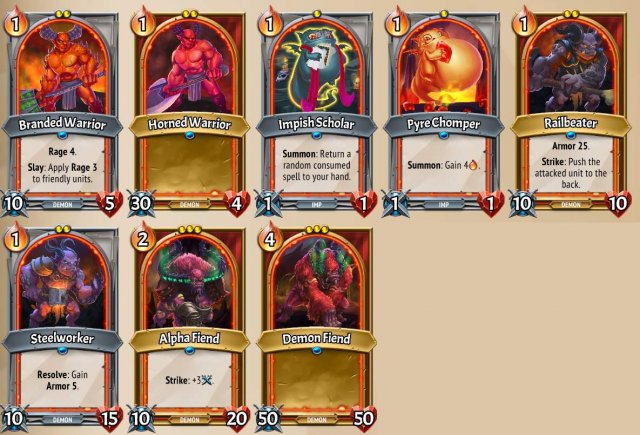 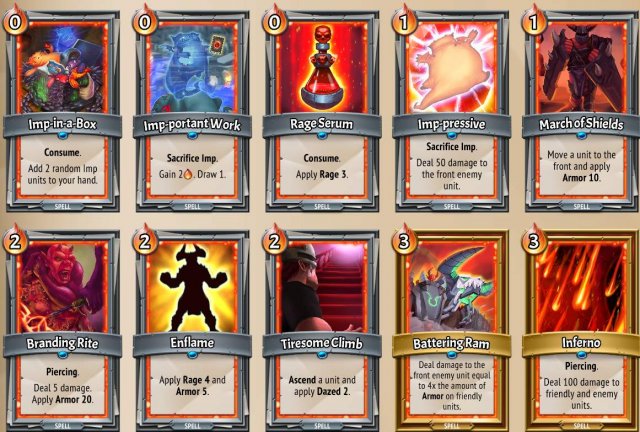 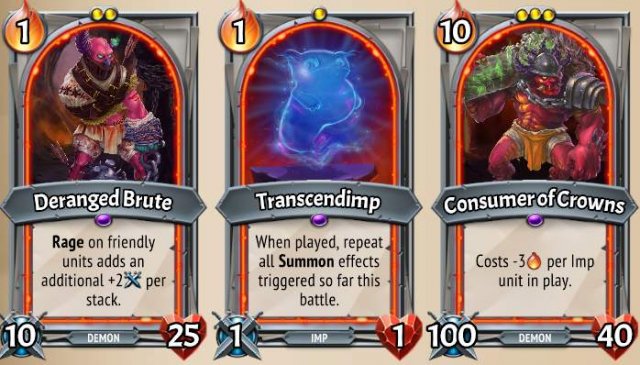 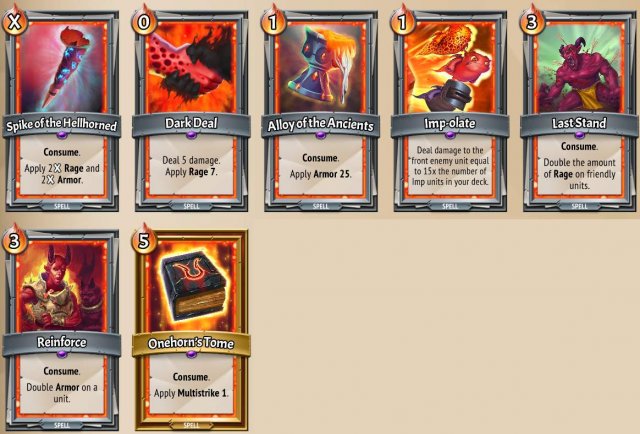 I’m just going though these quickly because it should be pretty obvious.

Combos with other clans

Remember that this is a card game that has a lot of variables so the card ratings are fluid. Some times you just need a card to shore up a weakness even if it is weaker than the other choices.