A reference to every keyword, event, mechanic, and ability in the game.

Allows you to remove up to two cards from your deck for free. You can leave the vortex and interact with it again later to remove cards. You do not have to remove two cards, and the vortex will stay active after removing only one to be revisited. 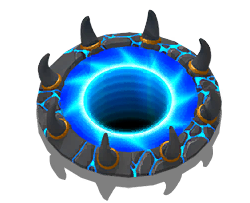 Allows duplication of a card, including all of the ways it has been changed over the course of the run. This includes bonuses from upgrades, as well as effects like the bonus damage gained by Subsuming Blade when it kills a target. Can be left and interacted with again later. 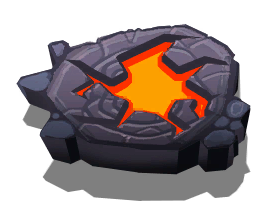 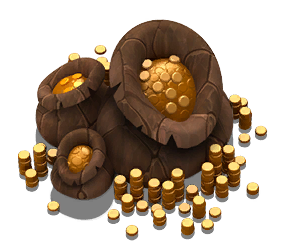 See a random artifact on offer. Can be accepted, or declined to gain 25 gold instead. Once you interact with a Herzal’s Horde you must choose between the artifact and the gold, no leaving and coming back. A Herzal’s Horde will always spawn in the 1st ring. 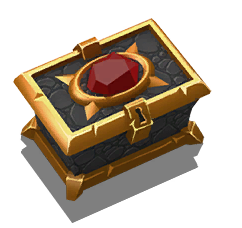 Restores 20 Pyre health. It’s a good idea to interact with this last, in case you lose health to an event. 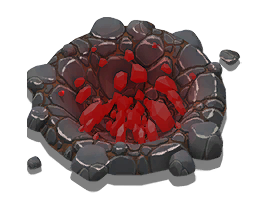 Contains an event. All events can provide some form of benefit, generally at a cost. Most events have an option to leave without interacting, but you may be forced into choices. Some options may allow you to gain cards from clans you did not select at the start. 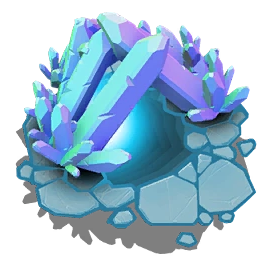 Choose between 2-3 possible units of the indicated clan to recruit. Only banners of your chosen primary and allied clans will appear.

Choose between 2 possible upgrades for your champion. Each champion has 3 upgrade paths, with the option to improve the first path you select appearing at every Dark Forge. Dark Forges only appear on rings 1, 4, and 7 – the first when you start a run, and the second two after the first two main bosses. 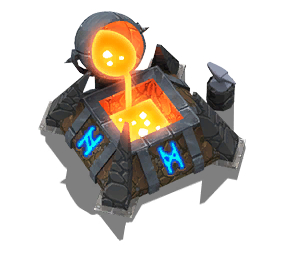 All merchants follow the same pattern. There will be three items on offer for some amount of gold, as well as the option to remove a card and to re-roll the wares.

Card removal can be used any number of times at each merchant, starting at 50 gold and going up by 25 each time it is used. Removal price is shared between all merchants.

Re-rolling will replace the three items on offer (including the empty spaces left by purchasing any items) with three new items. Each upgrade merchant inventory will offer two common upgrades costing 20 gold each, as well as a more expensive rare upgrade. 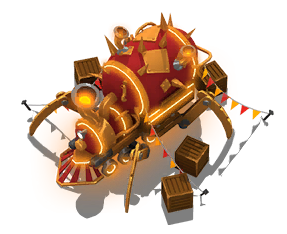 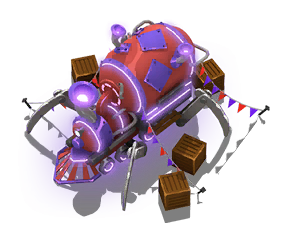 Sells artifacts. Artifacts are much more expensive than upgrades. A Merchant of Trinkets will always spawn in the 9th ring before the Seraph encounter, accessible to both paths. These merchants can spawn in other locations as well, though they are rare. 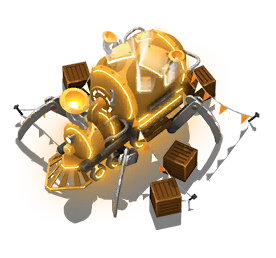 This guide lists the upgrades available at each type of Merchant Tent you’ll find along the way in Monster Train. ContentsGuide to Merchant TentIntroductionMerchant of SteelMerchant of MagicMerchant of Trinkets […]