So first off what you’re gonna want to do is right off the bat is pick up the small stones you find on the ground along with the sticks, herbs, and rune crystals which are small blue glowing stones This grants you a bit of xp. after you spammed a bunch of stuff and got leveled up once or twice, pick the path in the skill tree you would like to go by pressing K, and get the weapon that you want. Once you have that keep farming until you hit level 5. If you keep getting rekt in the spawn areas, I would use the Staff of the Forest and unlock the Fireball Spell. The Fireball Spell attacks as an AOE attack so I’d aim it at the ground if you’re shooting something.

EDIT: If you unlock Stone Head Axe and spam craft them, it will give you 200xp per stone head axe crafted. It costs 2 stone and 4 wood, very good method to level up quickly.

Once you’re level 5 now you’re going to want to unlock Extract in the spell tree by pressing K and then spending 2 knowledge points. Once you unlocked the spell you need to bind the spell to your weapon by pressing P and opening your spellbook to bind spells. After that, start harvesting a LOT of wood since you’ll need it. I suggest making a huge wooden platform and build walls since you get 100xp for placing a wall. This is the fastest way to level 10 so far. 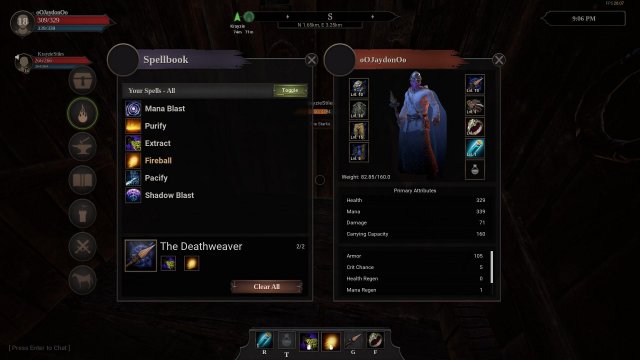 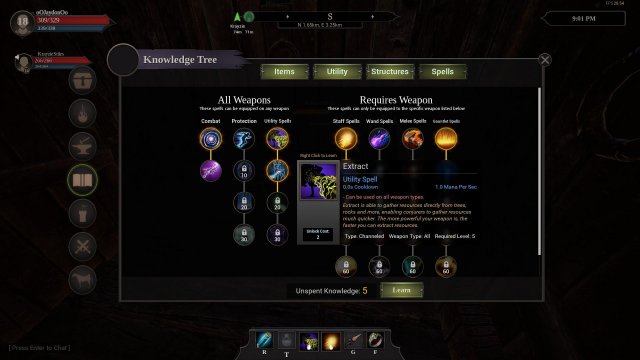 I’d recommend if you want to, just go around extracting all of the giant mushrooms so you can get fastest xp/s and then you’ll have the mushrooms needed for health pots.

EDIT: If you are wearing a Primitive Magic Ring then when you Extract, you will never need to use mana potions as your mana will be regenerating while you’re Extracting. 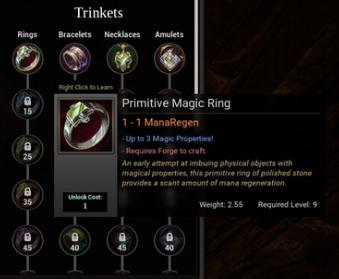 This is what a Precious Stone Ore Looks like, found on top of most mountains with a tint of red glow. 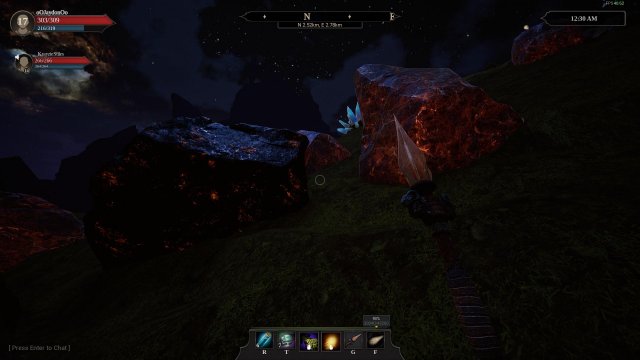 Congratulations you have unlocked Pacify spell (Taming Animals) as well as your first broomstick! So you’re going to want to learn the broomstick right off the bat since it can pretty much take you anywhere, considering you have enough mana. I recommend bringing tons of mana vials in flight since they are needed alot in this game. With Pacify you can pretty much tame any animal in the game, but the time you have it is varied based on your level. unless you place soul binding scrolls in their inventory, which can increase the time you have them. It’s not really hard to tame in this game and you can easily get a dragon. If you have enough mana potions on deck you could fly on broomstick while pacifying the dragon.

EDIT: People have speculated that the binding scrolls aren’t functional as of right now. NOT confirmed though.

Citadel: Forged With Fire – How to Create the Extract Spell

A guide for the current version of Citadel Forged With Fire on how to create the Extract Spell at level 1. It includes detailed instructions for the beginner player as […]

At 170+ hours played of the game being very new (I am addicted), and hitting 60 multiple times on different servers (once with elixer, my bad!) I have come up […]