How to Solve The Impossible Puzzle

This simple looking puzzle is seemingly impossible. The player has two seconds for each lever (I timed it). Both levers can NOT be reached in that time span.

A puppet cant be used either, there isn’t enough time to hit one lever, take control of a puppet- then hit the other lever. All accessible humans in the room are non-armored, meaning that you cant use one to hit the lever and then release it to hit the other lever- as doing so would trigger a time consuming mini-cut scene. 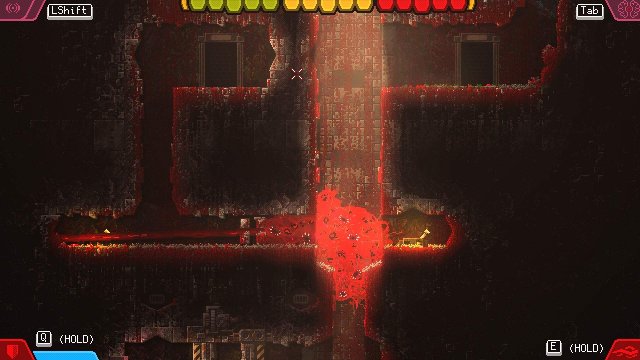 Carrion – Maps of All Areas

Carrion – How to Make Custom Levels

A guide for making maps, I’ll see how advanced it gets but I’ll keep it basic in the beginning. ContentsGuide to Making Custom LevelsRequired Files and ProgramsPreparing For Your First […]