A guide to help F2P players (and even light spenders) get an idea of how best to farm DDO points and where to allocate those points.

A F2P Friendly Note (Kind of)

The biggest misconception I see about the game is that it’s far from F2P friendly. From the time of writing until August 31st, 2020 all VIP and Premium players are able to earn every quest in the game (outside of Expansions) for free by using the code DDOfreequests in the shops Redeem Code tab. This might seem odd to some, how can I claim it’s F2P if you have to spend money. A Premium account is any account that has purchased something from the real money store. This means, you can become a Premium account by purchasing the $6.99 USD DDO points pack from the in-game store. This translates to $6.99 USD for every quest in the game minus expansions. Those will still cost an investment, but can be earned through consistent gameplay. Compared to most F2P games a $6.99 investment is very respectable to unlock all content minus expansions. Something to think about as a preface to the actual guide.

Also, this isn’t true for everyone. I have heard that totally F2P players have been able to redeem the code so give it a try before spending.

What Are DDO Points and How Do You Get Them

DDO Points are the game’s paid currency. Like most games, they can be obtained from consistent gameplay. Unlike most games however, there is no limit to how many you can farm, and they are not limited behind certain events or giveaways/lotteries. You get 25 DDO points for every 100 in-game favor you earn (side reward for completing quests). You can track current favor by pressing the “P” key in-game (default). This brings up the Adventure Compendium, which has a tab called Patrons. At the bottom you will see your overall Favor. Every 100 overall favor earns you 25 ddo points, with special first-time rewards at certain milestones per account per server.

The easiest and best way to get DDO Points (besides spending real money) is to farm these favor points. Please take note that only the overall Favor matters when it comes to DDO Point rewards, not the individual favors. It doesn’t matter how you get to each 100 favor, so you aren’t limited to certain factions to get your points. 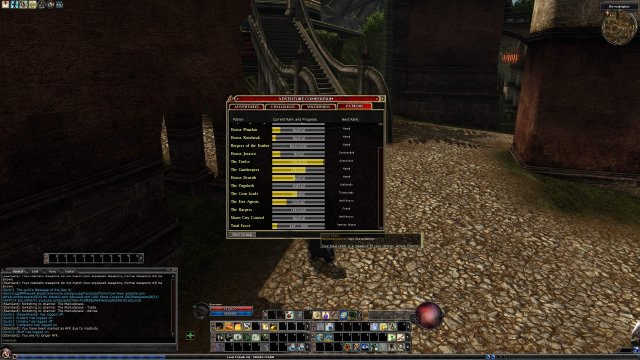 The reason the above per server reward is so important is because you get boosted DDO Points rewards for your first time hitting 25,50,75, and 100 favor on each server. It’s extremely beneficial to make a character to plow through the first 100 favor (easily achieveable in Korthos and a few Harbor quests). With a good build and being quick you can accomplish this in under 4 hours each server. A couple of days to get all of the rewards from each server is a very good boost to DDO Points. After finishing each servers first time rewards, find a main server that has a good number of players to dedicate to and start doing the favor grind.

How Does Favor Work

Favor is rewarded to everyone on quest completion. The amount of favor varies based on quest length, if it’s casual or challenging, and what difficulty done on (up to Elite). The longer the quest, the more base Favor you will get for completing it. If the quest is labeled as Challenging, it’s going to give more favor than a Casual dungeon. Favor rewards are also increased based on difficulty you complete it on. If a quest gives 4 favor as a base (Normal), it will give 2 favor on Casual, 8 favor on Hard, 12 favor on Elite. Doing them on higher difficulties is most beneficial so you get more favor faster, and the increased Experience gains are quite nice for helping level up faster which means more quests you can complete. Please note that doing a quest on Reaper difficulty, while giving more exp, does NOT increase favor. If all you care about is the DDO Point grind, stick to Elite. 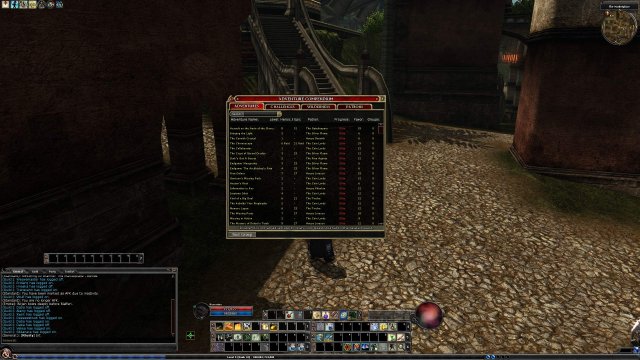 How to Spend Those Hard Earned DDO Points

There are a lot of choices where you can spend your DDO points, so I want to give you the best path to follow based on my personal experience. How you decide to tackle this path, and what else you spend your points on is completely up to you; think of this as more of a goal list to aim for.

Inventory Bags! This encompasses a wide range of bags but is such a quality of life improvement that I would recommend every single player buy them. First, Inventory slots are insanely beneficial but not necessarily a first priority as you can earn an extra 2 slots for free through Coin Lords favor. Instead, I recommend saving and buying 1 of each Large: Collectibles, Ingrediants, Gems, Augments (for level 20+ characters primarily). This frees up an INSANE amount of bag space which means more time questing and less time bag sorting. After level 20 and owning expansions augment bags become much more valuable as they also hold filigree’s.

Expansions! Yes, they are expensive but the rewards from them are on a totally different level. The level 10 gear from Ravenloft is strong enough to carry your character to 20+ easily, and most of it i’ll wear until 29. Certain builds benefit extremely well from Sharn sets (level 15) as well, and those are slightly stronger than Ravenloft pieces of gear. The difference of going from 10-20 in those sets is night and day. Easily 3-4x stronger in those than anything else you could wear besides exceptional cannith crafted gear.

Tomes! Again, another very expensive piece so think of this one as a “If I can get it, get it” kind of goal. NEVER buy stat specific tomes. Always go for the Supreme Tome of Ability + x. The +8 tome is only available at certain sales, but is exceptionally powerful and usually on sale when it is available. 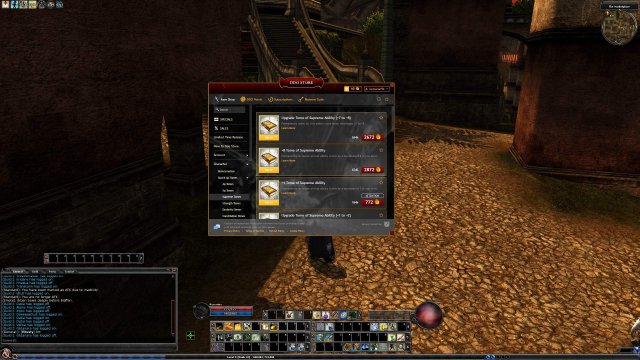 Something I want to point out here is that for 3995 DDO Points you can buy the Anniversary Bundle which contains a +8 supreme tome as well as other goodies, such as a Shared Bank upgrade which unlocks the Shared Bank permanently as well. On the flip side of this, tomes *are* farmable in a sense from Raids. Any tome up to +2 can drop from any quest (lots of factors involved) but have a drop rate of around 0.01% except from raids. Raids can drop from +3 to +8 tomes based on the “Tier” of the raid, but the drop rate is still abysmally low (around 1.3%), isn’t affected by Elixirs of Discovery, and since raids are time locked after completion you probably won’t be getting many of these. I’ve done nearly 9 lives and have played since the original Turbine beta of the game (nearly 15 years ago) and have seen 2 total tomes drop. By the time you get a tome, you’d more than likely already have a Supreme tome and can instead sell the tome to make a hefty Astral Shard stash.

Universal Enhancement Trees/Races/Classes! I put all three of these together because they should be purchased as necessary. I highly recommend you check out what builds you can do on the DDO Forums. People theorycraft for days on end to determine some of the best possible builds you can do. If you see one you absolutely love, make sure you have all the necessary requirements (besides tomes. obviously).

Lots! There are so many fluff items that really are just a DDO point sink. First off, Astral Shards, while tempting, are almost never worth it. The Daily Dice Rolls are completely random and cost Astral Shards which makes it very expensive for minimal gains usually. Occasionally you’ll get something really good but i’d say about 80% of my free rolls are pretty useless.

Don’t buy consumables! For the most part, this is a trap for players. The potions/elixirs of mnemonic enchantment/stat boosters (lasting elixirs) etc. are expensive and might seem tempting to help you through a dungeon but all of which can be earned through regular play/purchased at a vendor in game. These things are really only used by speed levelers and extremely efficient farmers to maximize gains and minimize downtime.

Do not waste points on spirit cakes! Anything below level 7 can be re-run if you die and can’t make it to a shrine with minimal losses, and above level 7 hirelings/players can use revive scrolls to help you get back into the fight. These are primarily used by Reaper farmers as an “oh ****!” button when things go extremely wrong.