A write-up on Ranger that describes their skills, PAs, weapons, and more.

Rangers are the middle/long-ranged damage dealers with supportive capabilities. They focus around shooting weak spots to suppress huge threats with their Assault Rifle, or lockdown groups of enemies with their Launcher. Their biggest asset, Blight Rounds, provides a +20% damage for allies attacking marked areas, making them great to have around in raids. 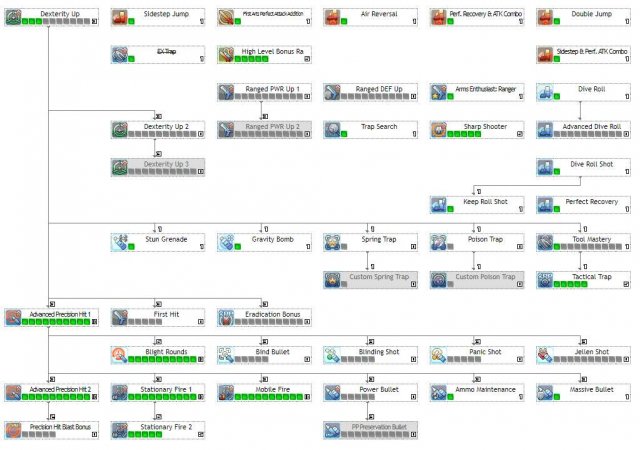 Then max the remaining skills in order:

Loads all Assault Rifles with this bullet (max 6 rounds at level 10, 90s cooldown). Firing a bullet applies a marker on the enemy’s body/part that lasts for 18 seconds, boosting their damage taken by +20%. This skill also activates Advanced Precision Hit, which is another +32.25% damage boost for Rangers!

Only one marker can exist on an enemy at a time!

You deal more damage when shooting weak points. +15% for both passives, which means +32.25% damage boost when both are maxed.

Gain a damage boost when activating attacks when stationary. With both maxed, it’s a +43.75% boost when you start any attack while standing still. Do note that it takes one second for this effect to apply.

Gain a damage boost while moving. A simple +25% boost when maxed, and this will always apply as long as you don’t stand still for a second.
Both Mobile & Stationary Fire bonuses are checked on activation, and carries throughout the animation. Watch the video below to learn more:

Dealing damage with traps & grenades restores a percentage of your max PP. This skill is very good for recovering & sustaining PP, as it restores +20% of your max PP when maxed! Combined with  Stun Grenade and  Gravity Grenade, Ranger can upkeep their damage in most situations.

Shooting while rolling/dodging lets you preserve bullets loaded. Useful to have so you don’t accidentally consume Blight Rounds.

Main boss killer against huge targets. Easily bursts down bosses as it hits up to 5 times. Has 2 charge levels, and requires 3+ ticks to land for it to beat most options.

Your other boss killer. Fast damage that hurts like a truck, and you also can’t be hit while sliding.

When crafted, Slideburst becomes your best option to avoid damage, or kite/chase targets.

Fires 12 shots that can almost laser targets over medium distances. Great as a sustain option, but the long animation holds it back as a top DPS option.

When used in the air, it becomes a quick-firing projecile that can hit twice for fast damage.

When crafted, this projectile becomes a chargable nuke that will annihilate anything caught in it.

A cost-efficient version of Divine Launcher that cleans up stragglers left alive. Has good reach.

Fires an ultra-slow grenade that, when it explodes, slowly expands and hitstuns anything caught in it. Best used by firing it towards the ground/point-blank.

When crafted, you ride your Launcher like a motorcycle while held. Run them over!

Also a decent single target DPS option, but you’ll get yourself killed using this.

While held, fires a laser that can clear lines of enemies. Also a decent single target option. Eats PP fast! 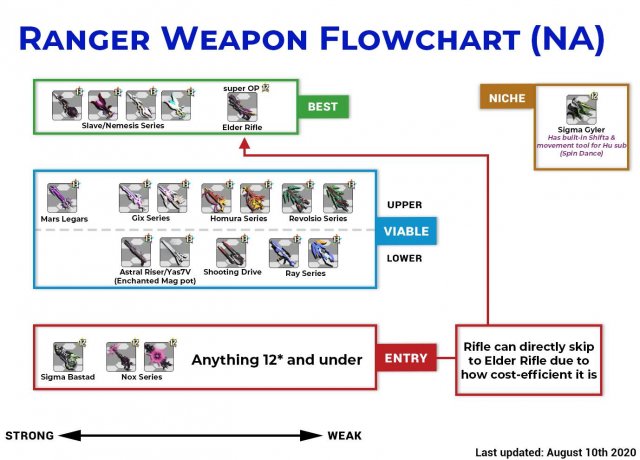 When maxed at +20, this skill ring makes it so Launcher’s attacks apply 100% of Advanced Precision Hit on non-weak points, which translates to constant +32.25% damage. Max this ♥♥♥ ASAP.

Turns Blight Rounds into a hitscan attack instead of a projectile.
This ♥♥♥ is OP, cuz what it actually does is give Blight Rounds wallhacking properties if you’re locked onto something, so it can’t miss.

Gain a damage boost when above a certain HP% (+3% damage when above +75% HP at +20). Rangers usually don’t get hit when sitting at the back, so this is one of the best options to use.

A small treatise on why those BP Gates even exist and why the game isn’t nearly as complicated as the forum would have you believe. ContentsBP Gates and Avoiding Skill […]

Easy and simple fix for the bug that prevents new players from being able to launch the game. Guide to Fix Simple Fix Press Win+R to open the Run dialog. […]

This is a rundown of the various games and the strategies behind them, plus my personal tips. It is meant to be quick, not complete. I’m writing it in between […]