Having trouble acquiring cute rabbits for petting or other… uses? This handy guide will help you even the odds.

Other The Long Dark Guides:

The key point of this guide is: Crouching and waiting for the rabbit to get close to you helps a lot.

The easiest way to find rabbits is to happily wander around the wilderness and then make sure to stumble across some bunnies right when you start getting hungry.

If that doesn’t work for you, you could always look at maps to find rabbit breeding grounds.

Setting Up Your Firing Position

Acquiring a cute little rabbit is easiest if you are fairly close to it. As you have no doubt experienced, the little furballs can be quite jittery and run off right away when a big, scary explorer comes running towards it. Cause that’s pretty much what you do, right? Run towards it. At least that’s what I pretty much did at first.

The trick to getting close to a rabbit is to let it get close to you. You do this by trying to predict its path, and then getting close to where it will pass. When they aren’t scared, rabbits usually follow fairly straightforward movement patterns. Make sure to crouch, to avoid scaring the little thing.

Do not underestimate this, as crouching is virtually make or break in my experience. 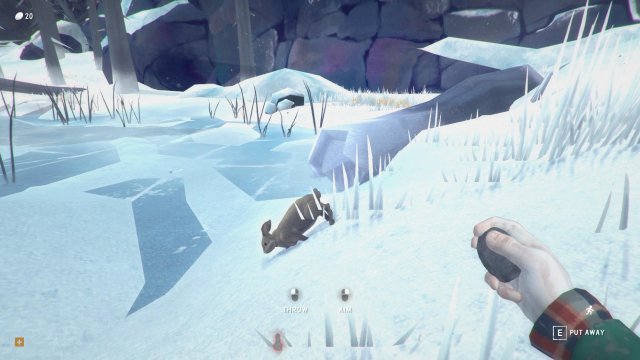 If you do this right, they can hop blissfully right by you.

Calling in the Artillery

The trick to hitting the rabbit is to use your fingers as a reference. You generally want the rabbit to be slightly above your thumb. Remember also that both the rabbit and the rock move, so you want them to occupy the same point in space at the same point in time. This is colloquially referred to as a ‘hit’. (I hope you’re taking notes, there’ll be a glossary test at the end!)

I’ll give a few more pointers below, but this is best to illustrated with pictures to help you get a feel for it. 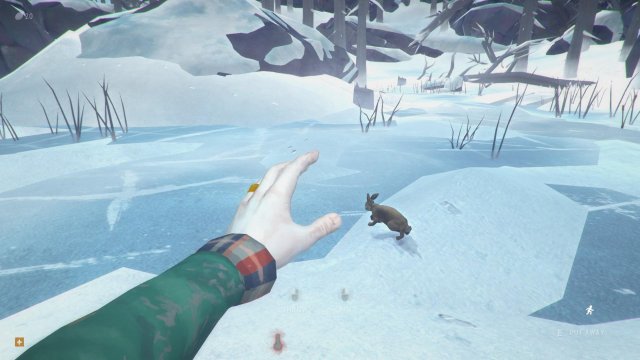 Leading the target is important, but this shot would probably pass in front of the rabbit. The height should be roughly right, though. 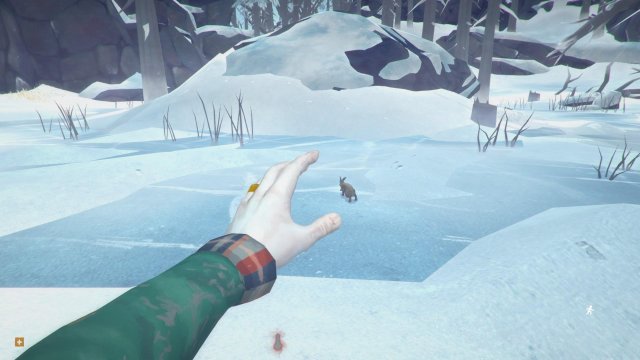 A little further away, but moving more or less directly away from me. I threw the rock at this point, and it was a kill (or technically, a stun).

The Long Dark – A Guide to Wolves

A needlessly long guide to dealing with, avoiding, or killing wolves in The Long Dark. Other The Long Dark Guides: All Regions Maps. Surviving Over 200 Days. Milton Safety Deposit […]

The Long Dark – Surviving Over 200 Days

These tips are only really useful if you’re planning to survive over 200 days. ContentsTool UseSticks are Important!Never Shoot Deer or Rabbits!Hibernation Tool Use If there is an option to […]

Hello survivors! In this guide you can see where the Note locations and Cache locations for the Sidequest “Milton Supply Caches” are. The Circle shows the location of the Note. […]