This is for the Vodens that want to never die, surprise people, and ruin your enemy’s day.

First, you need to have a skillset to be good with Voden.

If you can qualify for all these things, you’ll be a happy, successful Voden player. 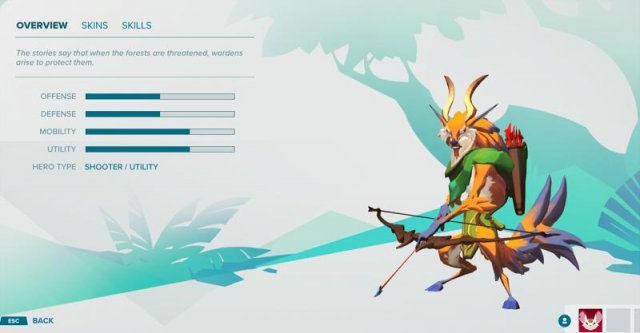 So, you want to be an arrowing goat fox, do you? This guide will cover how to be an aggressive and tricky Voden, focusing on the shotgun bow, fast dps, and never dying. I do believe there is such a thing as a sniping Voden, but this guide will not cover that side of him. 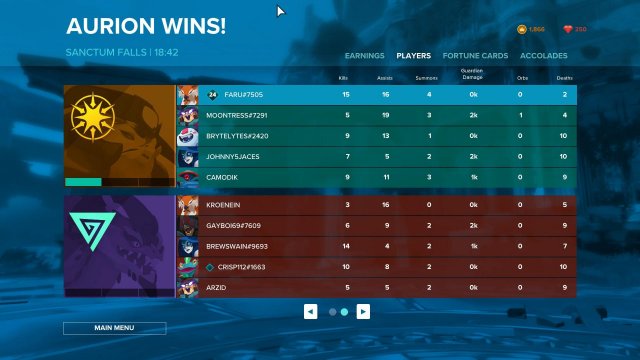 This is what your best games will look like. You will be a trick-shotting monster, and people will probably think you aimbot. 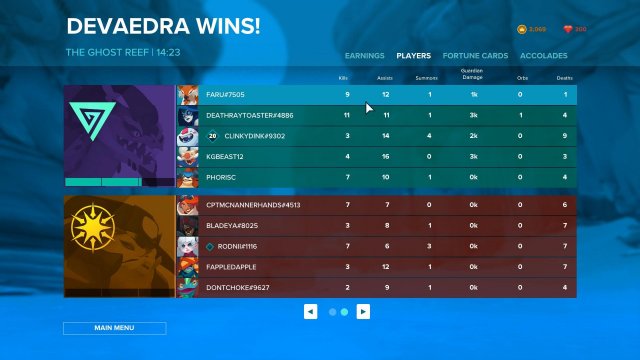 This will be a more standard game. Less kills, more assists. Focus on keeping that death count low.

Your first 4 levels can happen in two different ways. You can perform Step 1 or Step 2 in either order, because both are useful skills and you’re not wrong to choose one over the other. My preferred method will be the one shown. 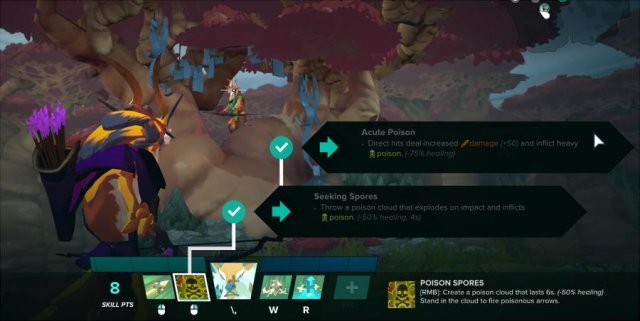 I choose the poison launcher. Why? It’s a huge 250 damage AOE nuke + healing nerfs + 20 damage per tick. I like having this early, because most people don’t have good escapes or anything, which means it’s easy to land and kill people with. I like to choose the damage bonus on the poison launcher, because the homing seems to be really unreliable. Until homing becomes more reliable, I would choose the skillshot. It’s harder to use, but you hit much harder, and it’s very satisfying.

I do not take the default poison ability, because it forces me to sit in one place. This is bad against any good player. They will just stay away from you, wasting your ability, and you’ll feel silly.

If you wish to choose shotgun slow first, that works too.

Next comes the shotgun slow. This is how you kill people, you keep them permanently slowed and track them down. You need this ability early, unless you want to watch people always escaping you. Voden doesn’t have much burst DPS. Voden soaks people in DPS, and he needs a slow to do that. 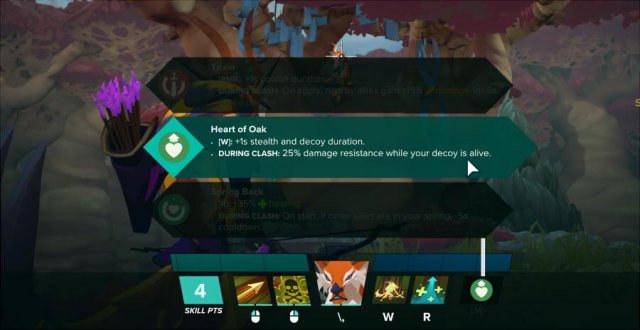 The first two abilities are good, the bottom one is not so good. The healing is too weak to matter.

I like the middle choice, because a longer decoy and invis is useful. The top choice is good during the clash, since you buff your team with a damage boost. Remember that the poison length only causes 20 more damage.

Next, I upgrade my passives for speed. 20% more movement speed works really well with your slow. You can kite, escape, and chase really well. It’s just good.

Now you’re going to upgrade your healing spring. I like to take the cleansing path, because debuffs suck and can kill you and your teammates. If you cast it on your team, you remove all debuffs, too. Save people from a slow, from bleed, from poison, from weakness, etc.

I also like this path because it allows you to use your healing spring on other people. If you choose the other path, it only goes to your feet, making it hard to use on others.

Why did we save Decoy for last? Because it’s just too good. It doesn’t need the small buff that it receives from upgrades. It’s already super good right from the beginning of the match. I pick the teleport and speed buff, because that’s the most useful in escaping a really tough opponent.

If you want Decoy tips, go to that section of my guide. There’s a lot you can do with that ability.

The Mindset (How to Play)

As Voden, you are a trickster. You are a sniper. You are a CQC master. You have the ability to adapt to whatever will help you win. This is because you have two kinds of attacks, while most characters have one.

You have your quickshot, which is accurate and yields the highest DPS. If you care only about damage, you will quickshot your opponent to death.

You have your poison launcher. This is your finisher/back-off nuke. It hits like a train and leaves poison, scaring a lot of attackers away. Save this attack, because you want to burst your opponent to death before they start running. If you know you can’t kill them, use it early to scare them. This attack also penetrates armor, always dealing full damage. It’s also an AOE.

You have your charge shot, upgraded into a shotgun. Use this in close range, connecting slows, keeping your opponent always at bay and unable to reach you. If someone turns invisible, use this to hit them and keep them slowed. Since it’s a spread, it’s much easier to hit them. Remember the middle arrow does the most damage, so it still functions as a weak snipe.

You are squishy, so do take cover with your team, hiding in the midst of them. You can shoot through your teammates, so don’t worry about hiding behind people. Stay close enough to your enemy to utilize your 10m slow. This is a perma slow, if you don’t miss, so it’s devastating to whoever you target.

Gauge your opponents. If you are better than them, you can 1v1 them. Start with some quickshots early while they approach. As they get close, slow them. Backpedal and keep slowing. Strafe around them if they reach you. They move slower when they attack, so you should be able to stay out of reach.

If your enemy bunny hops, do not spam your shots. Hold your charge and wait until they are landing and keep hitting them over and over again. The timer on charge happens to coincide with bunnyhopping. Keep calm, because you always know where they will land. There is no air control in this game.

If your enemy tries to dodge between your charged shots (because you will develop a rhythm), just slow down your shots and start being more unpredictable. Always wait until you know you will hit them. It’s not always a damage race, it’s sometimes just a matter of always hitting them.

Keep out of trouble. You can’t really 2v1 or 3v1 people, because you can only hit one person at any give time. Leave that to the melee carries. Always choose an escape if things go south. Voden is so good at escaping that you should never choose death. Voden is a boon to your team, because then it means only 4 people will die at most.

Decoy is your strongest skill, even when unupgraded. You can escape death the entire match, cause some hilarity, save lives, waste abilities, the list goes on. Let’s go over a few of them. I will leave the creativity to you.

First, when do you use Decoy? Any time you want. The most standard time will be right before they reach you, absorbing their initiating attacks. You can use it at other times, too.

Bait people. You can bait and make people think you’re an idiot with Decoy. Throw that decoy around a corner, he’ll start shooting whoever is there, and they’ll probably attack it. I’ll say it again, mind games. You have control over your enemy with Decoy. It’s like a weird leash.

Escape. If you know you’re in for trouble, decoy early and move away. Either run the safest route to home, or run somewhere weird where nobody would look. Being unpredictable is key. Remember that you are visible while invisible, so try to break line of sight, that way the really good players don’t follow you.

Block attacks. If someone is getting sniped and is about to die, decoy and take the hits for them. Escort them back to base and cleanse/heal them.

Finish off a close 1v1. Your decoy does 30 damage a hit. If someone is on the verge of death, you can win a fight by popping decoy at the last second.

Don’t Decoy. If your enemy thinks their Coolio McGrooves and doesn’t fall for your Decoy anymore. Start acting like your Decoy, they’ll run past you. It’s great. It’s hilarious. Just freeze, maybe shoot stupidly into the air and miss. If they are consistently ignoring your decoy, they will ignore you. Mind games, remember that.

Using your upgraded Decoy is a situational thing. It adds extra trickiness to an already solid ability. If someone is really giving you a hard time, start throwing your decoy away from you, where you want to run, then teleport there. It will create distance, and heal/give you a speed buff.

When your decoy is on cooldown, don’t do risky things, unless there is a huge payoff. Most of the times that I die are when I am careless with my decoy.