A short guide on robbing shopkeepers in the most reliable way I’ve found.

How to Kill Them and Take Their Stuff 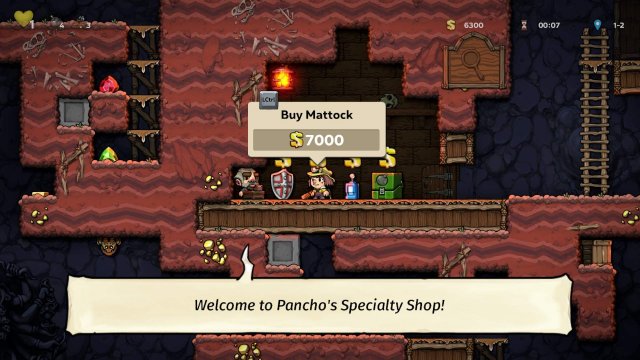 After you land on his head you’ll have just a few seconds to react before he gets back up so you’re gonna have to be quick. While the shopkeep is unconscious, run and pick up his shotgun and blast him until he’s dead. You should get some distance before you do this so he can’t hit you while you’re trying to kill him.

That’s about it, using this method you should have no problem robbing shopkeeps. It may take some practice but eventually you’ll get the hang of it. Keep in mind though, that after this you’ll be hunted by shopkeeps until you die. I’ve heard rumors that if you avoid killing them for three floors they’ll no longer hunt you but I’ve never tried this myself.