Sniping guide so you won’t be guessing anymore.

To understand how bulletdrop works in the game, we need to know the stats that modify the travel time and curvature.

This one doesn’t seem to modify ballistics (if it does please let me know), but travel*step gives the actual range of the gun.

This one affects the curvature of the gun. Higher values of drop causes the bullet to curve faster, thats why bows despite having slow arrow speeds have less drop, since their drop is 0.001 instead of the usual 0.002

Here I’ll be adding the drops for different weapons, scopes and scope qualities (because the reticle does change from scope off to scope ultra).

I won’t add guns with the same drop and travel time, since the same markings should work (for example, Timberwolf and Grizzly).

Also keep in mind that drop for suppressor and muzzle are different, as muzzle decreases drop and suppressor increases it. Barrel doesn’t change drop. 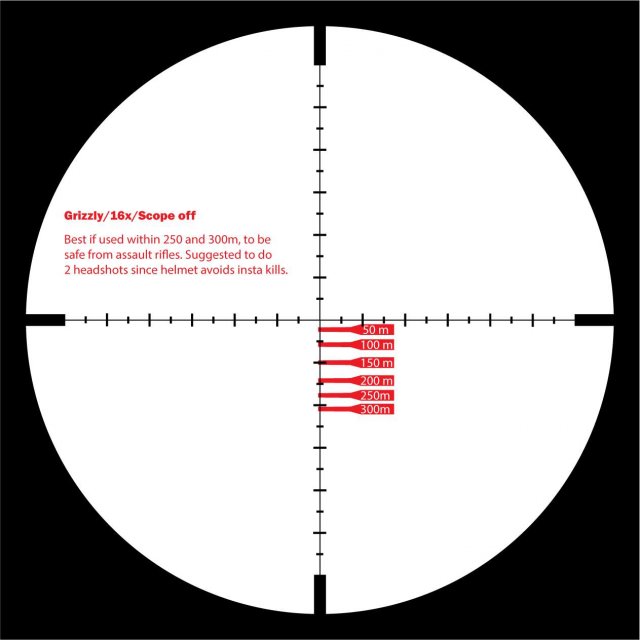 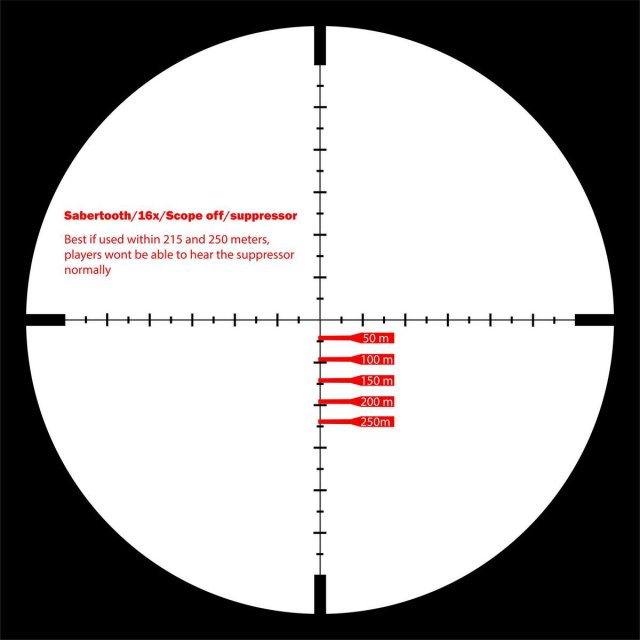 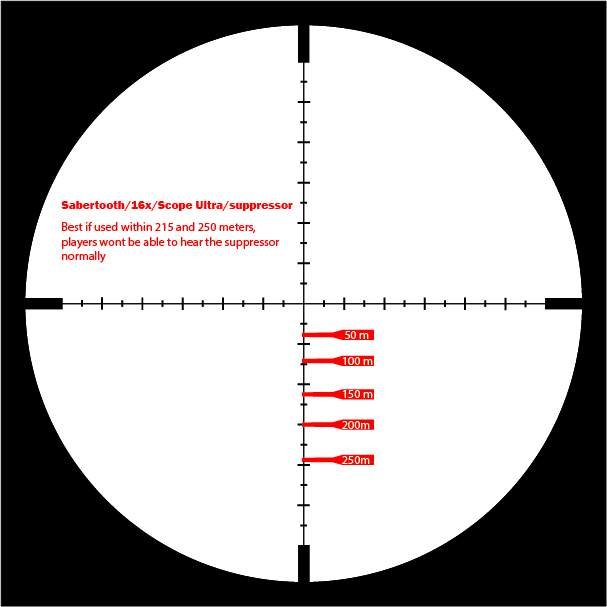 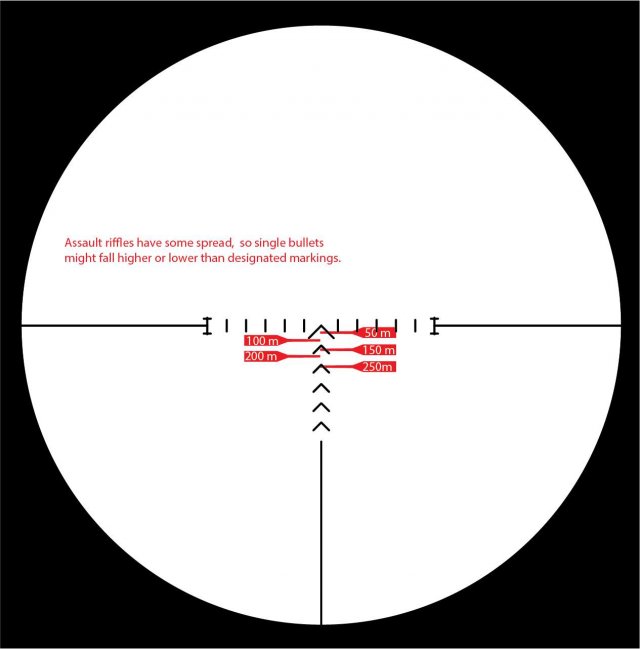