Update 1.4.1 added 15 new achievements. The guide will help you get them!

It’s time for the achievements fans (Since only one was added in 1.4), a total of 15 new achievements were added. They are not complicated.

There are 104 achievements in the game.

The Empress of Light is summoned by killing Prismatic Lacewing, a rare critter that spawns in the surface Hallow at night between 7:30 PM – 12:00 AM once Plantera has been defeated in the current world. The Prismatic Lacewing is detected by the Lifeform Analyzer.

Queen Slime can be spawned by using a Gelatin Crystal in the Hallow (if used outside of the Hallow, nothing will happen and the item will not be consumed). Once used successfully, the item is consumed, and the boss is summoned.

The Gelatin Crystal can be found in the Underground Hallow alongside Crystal Shards, and it spawns in the same way as Crystal Shards.

Don’t Dread on Me

The Dreadnautilus is a Hardmode enemy summoned by fishing during a Blood Moon. It is one of five enemies that can be summoned by fishing during a Blood Moon in Hardmode, the others being the Wandering Eye Fish, Zombie Merman, and the two other Hardmode-exclusives, the Blood Eel and Hemogoblin Shark. The Dreadnautilus is rarer than the other four Blood Moon fishing enemies, spawning from only 1/10 (10%) spawn attempts on average. It is widely considered the most difficult of these five enemies.

Creating a lava net: You can use any fishing rod.

Go to hell and catch a special bait or go fishing with a lava rod, you can use any bait (But this method is difficult, have lawaway rods the chance of getting small).

Buy a party center from a Party girl and activate it: 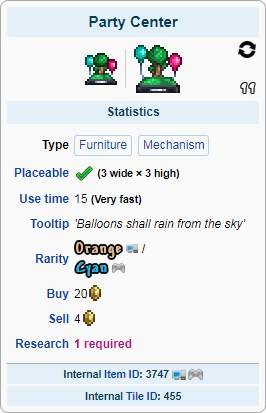 Meet a fairy who tells you where the treasure is.(The fairy in the caves)

It will be completed over time.

Easy execution: (For the dishonest)

We go to the cheat map, take one of the fairies, release – we get an achievement.

Town pets are special town NPCs that appear at dawn (4:30 AM) the day after a pet license item sold by the Zoologist is used. They are not to be confused with pets, which follow the player around. Town pets have distinctive housing assignment banners, and can share houses with another NPC. They count as NPCs for Pylon requirements and for decreasing enemy spawn rates in an area, but are not counted as neighboring NPCs in other NPCs’ happiness calculations, and indeed do not positively or negatively affect the happiness of other NPCs in any way. Unlike other NPCs, town pets have no means of self-defense.

Town pets offer a unique “Pet” option, which places the player directly in front of the pet when selected, and displays a petting animation. The effect is purely visual. 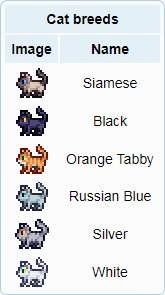 Easy execution: put a Wizard, a Party girl, and a Zoologist in the same house in the Holy biome, and then talk to the Party girl.

To get this gnome to come out. You can just get into the area of its visibility (So that it runs at you) and run upstairs. Also, sometimes he runs away from you (Personally, I ran away).

The Graveyard is a mini-biome that appears when three or more Tombstones are in close proximity. As the number of Tombstones increase, the game colors in the vicinity become gradually more desaturated, and lightning may randomly strike in the background. Graveyards cause Ghosts and Ravens to spawn, as well as night enemies like Zombies, Demon Eyes and Wandering Eyes in Hardmode, even during daytime hours.

A Rather Blustery Day

The most easily accessible kite is sold at the zoologist:

Boots of the Hero

Easy execution: (For the dishonest)

We put the chest, put explosives next to it, herachim all the wires open the chest – we get an achievement.

Terraria – How to Dash on Mount

Terraria – Guide to Expert Duke Fishron as a Ranger

We all know that the big fish in expert mode is MonkaS. The speedhacking shushi-roll’s way too fast to dodge, and it does TriHard damage. This guide will help you […]

Terraria – How to Craft a Molten Pick-Axe

This guide will show you the steps on crafting a molten pick-axe. Crafting Molten Pick-Axe Guide Molten Pick-Axe (Step by Step) Step 1: Obtain some obsidian by combining water and […]